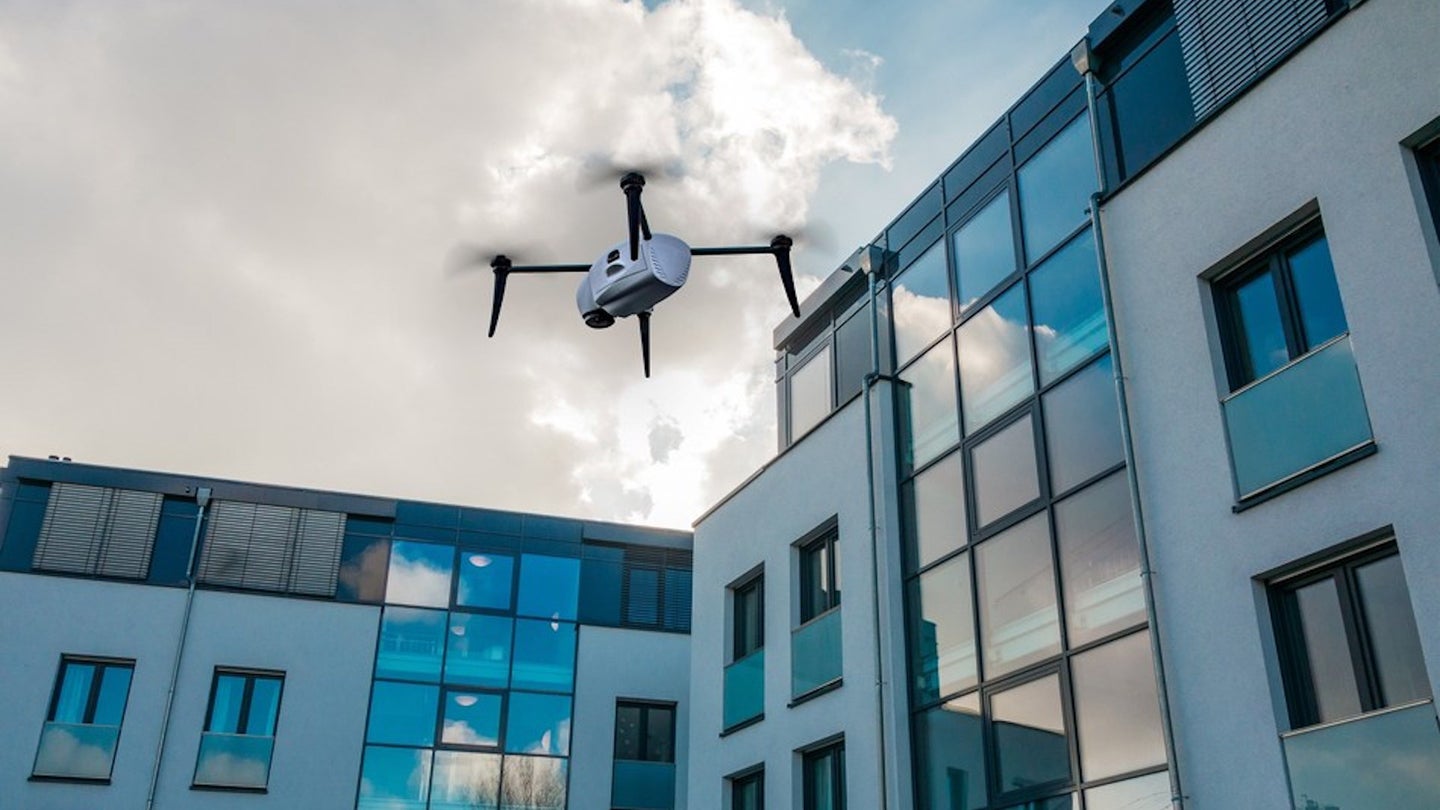 We’ve reported on drone technology company Kespry before, as its construction industry-specific Earthworks software was impressive enough to warrant an in-depth look, and a meeting with the Trump administration was simply too newsworthy to ignore. According to a Kespry press release, the “drone-based aerial intelligence solution provider” has developed an unmanned, high-resolution, thermal imaging system that can assess building damage with incredible precision.

For the commercial real estate, insurance, and management industries, news of a fully autonomous, user-friendly method that can tell you whether or not your structure is trouble (or potentially will be in the future), Kespry’s software could arguably change how leaders in these industries operate, and where they spend their money.

Traditionally, of course, building inspections are done manually. The modern update, admittedly, has already seen camera-drones replace a fair amount of that work. What Kespry has done here, essentially, is charge ahead of even the latest unmanned efforts in the inspection industry, by combining high-resolution fidelity with thermal imaging. It is this combination, that the company seems to have pulled out of its sleeve and dropped onto the proverbial table as the game-changer we've been anticipating.

“Accuracy really matters when billions of dollars of property and facilities are at risk,” said Kespry CEO George Mathew. “Manual inspections and first-generation drone flights are slow and inaccurate ways of attempting to understand the state of a roof and the risk that issues may have on an organization’s productivity. These earlier approaches leave surveyors, risk assessors, and roof inspectors guessing at the specific location of leaks, blocked drains, or damage to building infrastructure.”

Mathew arguably tells it like it is: much of the drone industry’s recent efforts to autonomously replace inspections entirely have fallen short of that utopian promise. Sure, camera-drones can whir up to a structure and collect high-resolution photographs or footage, but what then? So far, drones have arguably been little more than aerial cameras that can reach places human workers can’t, or risk would their lives by doing so. While that’s a great step, Kespry’s high-resolution thermal imaging goes one step further. As you can gather from the image below, this system seems capable of precisely indicating minute, specific points that show signs of wear, tear, and damage. This could enable owners to initiate preventative measures, or at the very least, understand the state of their property from a more informed point of view.

The thermal imaging system itself is rooted in radiometric temperature distinction, which is essentially leaps and bounds more informative than traditional non-radiometric temperature analysis found in previous thermal imaging drone systems. Radiometric analysis allows for specific temperatures to be displayed for specific points of a structure, which gives users the ability to know precisely where fluctuations are occurring. In other words, the old model might help you see that one part of a roof is generally warmer than another, while Kespry’s new system tells you exactly which granular point on that plane is giving off a substantially higher or colder temperature. These fluctuations could point to leaks, holes, failures of inner electrical wiring, and more.

Ultimately, this looks to be a huge improvement for aerial inspections as a whole. For property owners, managers, insurers, and the commercial real estate industry in general, thermal imaging of this nature could potentially save countless headaches, concerns, and dollars. For those unimpressed with aerial inspection efforts thus far, this might be what you’ve been waiting for. When an unmanned aerial vehicle autonomously inspects and analyzes a roof for damage with pinpoint accuracy, it seems as though this particular niche in the drone industry has just hit adulthood.