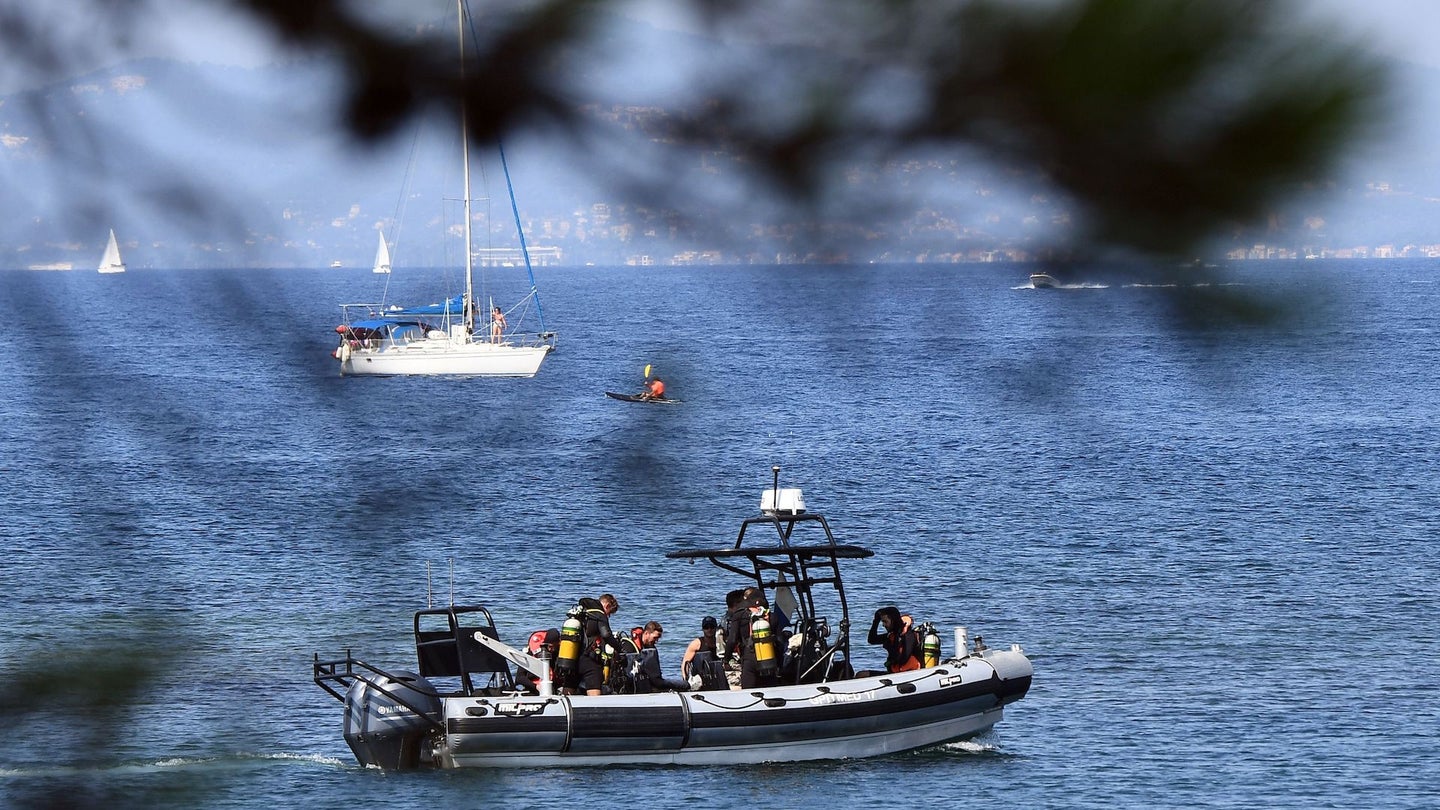 After last Saturday’s unmanned aerial assassination attempt on Venezuelan President Nicolás Maduro, world leaders and their security forces are rightfully more alert than usual when it comes to potential drone-centric attacks. Unmanned aerial vehicle technology has simply become too affordable and practical, with its inherently anonymous distancing from drone to pilot, not to be considered by nefarious forces as a powerful tool.

The fort is officially restricted as a no-fly zone under French law, though even the world’s leading drone manufacturer hasn’t included the area as geofenced, prohibited airspace to enter. While it’s still unclear what type of drone and model was at play here, the GSPR reportedly jammed the trespassing UAV and downed it into the sea. As it stands, authorities from Toulon have officially opened an investigation, with military divers combing the waters to retrieve the vehicle to gather further evidence.

It’s also likely the incident was rooted more in irresponsible piloting by a local drone enthusiast or vacationing pilot unaware of regional regulations, than it was a coordinated attempt to surveil or harm the French President. As we continue to rapidly descend into a world where drones are becoming exponentially more sophisticated and capable tools for both basic sides of morality, however, potential criminal motivations will likely never be dismissed again in scenarios such as this. Coincidentally, Homeland Security Secretary Kirstjen Nielsen visited the U.S.-Canada border this week to learn more about the dangers of criminal drone activities.

In March, for instance, a drone flying eerily close to Russian billionaire Roman Abramovich’s superyacht was immediately grounded by security. The thinking these days, and rightfully so, is that it’s better to be safe than sorry. A month later, a similar scenario played out at the Saudi Royal Palace, which prompted the government to ramp up federal drone regulations. In January, an Australian filmmaker was accused of spying on a Cambodian political party via drone. He’s been imprisoned ever since.

Whether or not the yet-unidentified drone near Fort de Brégançon this week was piloted by a criminal with deadly intentions isn’t really the point anymore. The fact is, law enforcement and governments across the world have finally caught up with the realities of how practical these unmanned aerial tools can be, not only for constructive and creative purposes, but for fatal, irrevocable acts, as well. Perhaps the most important area of focus for the drone industry at large, at this juncture, is establishing thoroughly informative remote identification systems that can immediately inform authorities of who is piloting which kind of drone, and whether or not they’ve been authorized to do so.