The environmentalist group slammed a Superman-shaped UAV against a French nuclear plant in order to highlight the site’s security flaws. 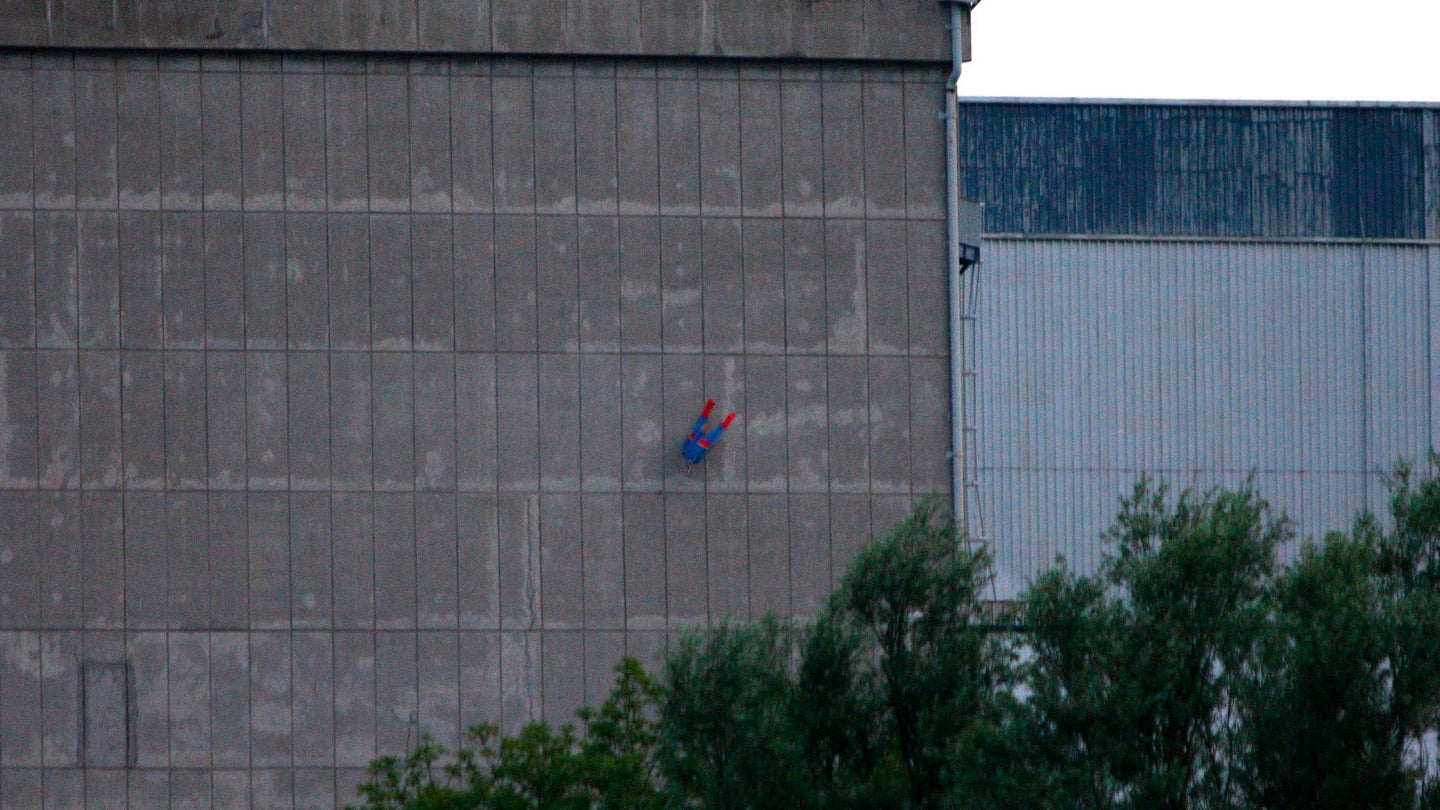 Global environmentalist group, Greenpeace, intentionally crashed a Superman-shaped drone into a French nuclear power plant Tuesday, in order to point out some security flaws and the site’s general vulnerability to outside, aerial attacks.

According to the New York Post, Greenpeace claimed one of its activists had flown the unmanned aerial vehicle into the plant’s restricted airspace, before slamming it into the wall of a building containing the site’s spent nuclear fuel. This isn’t the first time Greenpeace activists have centered on French nuclear plants, either, as the group is eager to see these spent-fuel buildings (containing reactor cores in concrete pools) underground, and safeguarded from external attacks.

The Bugey nuclear plant located near Lyon is just one of 19 plants operated by utility company EDF, with France generating 75 percent of its electricity from nuclear power. While some may consider aerially infiltrating a nuclear power plant a serious, terrorist act, the activist group is firm in its claim that this was merely done to underline how susceptible the site was to external offensives.

“This action again highlights the extreme vulnerability of this type of buildings, which contain the highest amount of radioactivity in nuclear plants,” said Greenpeace.

EDF claims there were two drones operating above the Bugey site, and that one of the UAVs had been downed by French police. Additionally, the company plans on filing a police report following this criminal act, and that the aerial stunt merely highlighted how secure the site actually was. “The presence of these drones had no impact on the security of the installations,” said EDF.

While EDF claims its spent-fuel buildings are designed with the utmost safety in mind, capable of not only resisting outside attacks but enduring natural disasters and various accidents, Greenpeace did seem to spark some potential legislative change. The group’s series of security breaches, such as launching fireworks over EDF’s Cattenom plant last October, has resulted in a parliamentary investigation into the security of these sites.

With the resulting report scheduled to be presented this Thursday, it seems as though illegal and potentially irresponsible drone use may have managed to start an important governmental discussion on ensuring as much safety and security of our nuclear sites as humanly possible.

Patents and tests are pending but the proposed solution to dangerous tugboat towline deliveries is genius.

Percepto’s Sparrow drone and base station will be on-site of energy company Enel’s power plant in Torrevidaliga, Italy, for more efficient monitoring.