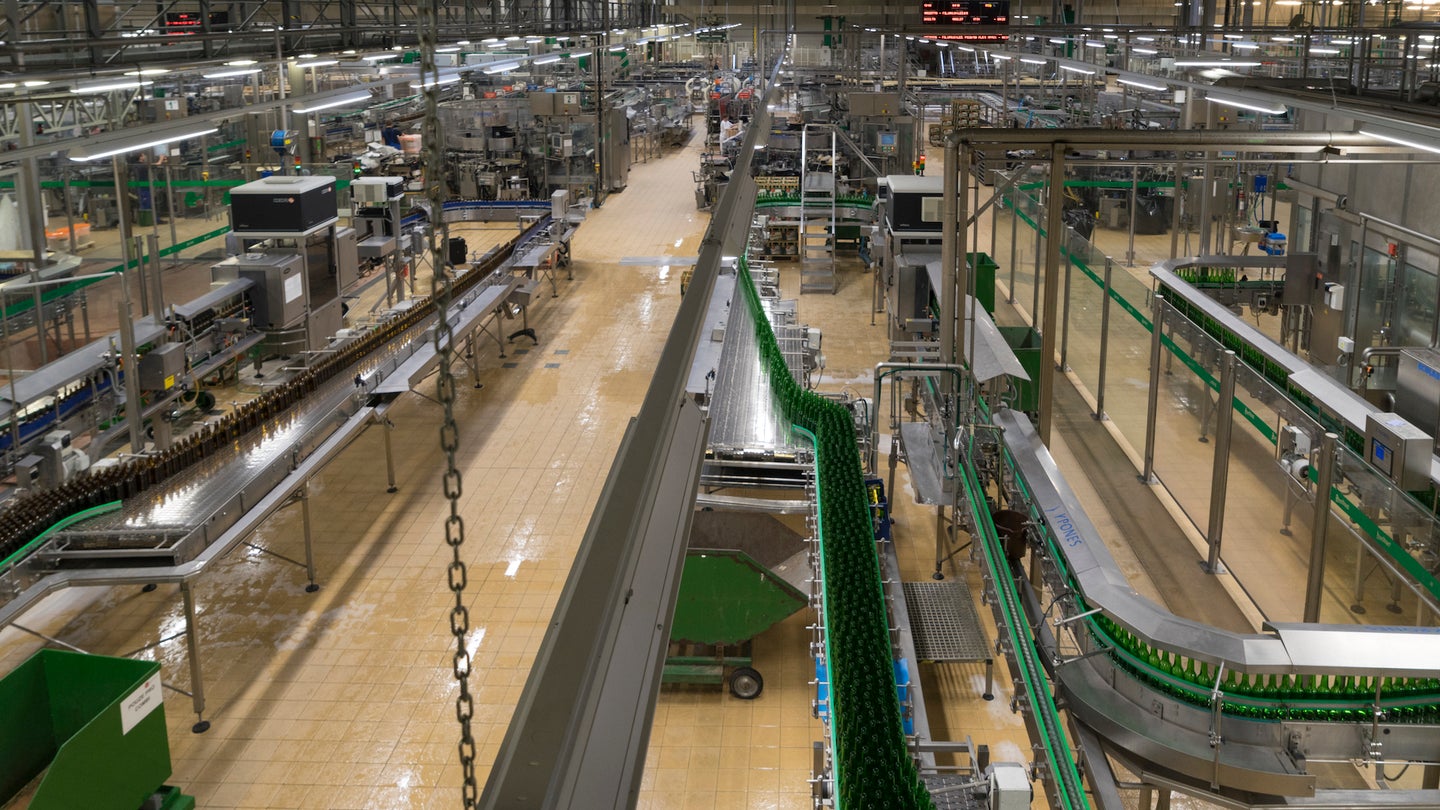 We first reported on Flyability’s Elios drone last July, and thought that it's a brilliantly designed search and rescue or inspection drone that could reach areas too hazardous for people to traverse themselves. According to DroneLife, Czech beer manufacturer Pilsener Urquell just realized the potential of utilizing this dextrous, nimble unmanned aerial vehicle in the brewery’s own bottling plants.

The Elios is a durable drone encased in an ultra-light carbon fiber net, which allows it to collide with its surroundings without incurring any damage. That makes it a considerable solution for those in need of reaching difficult spaces that might otherwise pose serious risks. For Pilsner Urquell’s bottling plant, regulations of which require the ceiling to be inspected once per decade, the Elios quickly became the answer to maintain productivity without shutting the factory down completely.

Pilsner Urquell’s bottling plant covers nearly seven and a half acres, and produces 60,000 bottles of beer every hour. Standard operating procedure would have production shut down for more than a month, while five workers climb to the ceiling, visually inspect it, and prepare the requisite scaffolding and safety provisions. Clearly, using a collision-resistant drone that can be operated while work continues as usual is a far safer and more financially viable alternative to the usual process. As it turns out, camera-drones are increasingly practical when it comes to inspecting infrastructure.

The rather ingenious idea wasn’t discovered in-house, but rather from drone service provider Drony SITMP’s Ondrej Bouček, who met Pilsner Urquell’s inspector on another assignment. “The drone was exactly the solution for their situation,” said Bouček. “Pilsner Urquell were really pleased with the results of the flights. Elios provided benefits in safety, downtime, and mainly cost…They are also proud to be the first in the Czech Republic to use this method for roof inspections.”

During the aerial inspection, one pilot operated the drone and another served as safety observer. The inspector then simply guided the pilots to specific areas in the building, in order to gather the required data to produce a thorough report on the integrity of the building’s ceiling. To give you some sense of efficiency here, the entire procedure took a mere 12 days, with four to five hours of daily aerial inspection. That’s quite the contrast from the conventional, month-long process still serving as the standard in these situations. According to Bouček, that could all change moving forward. “This is the plan going forward,” he said. “We’ll be doing more and more of these.”