Carmaker has programmed its models to forget stations that feature “mature content.” 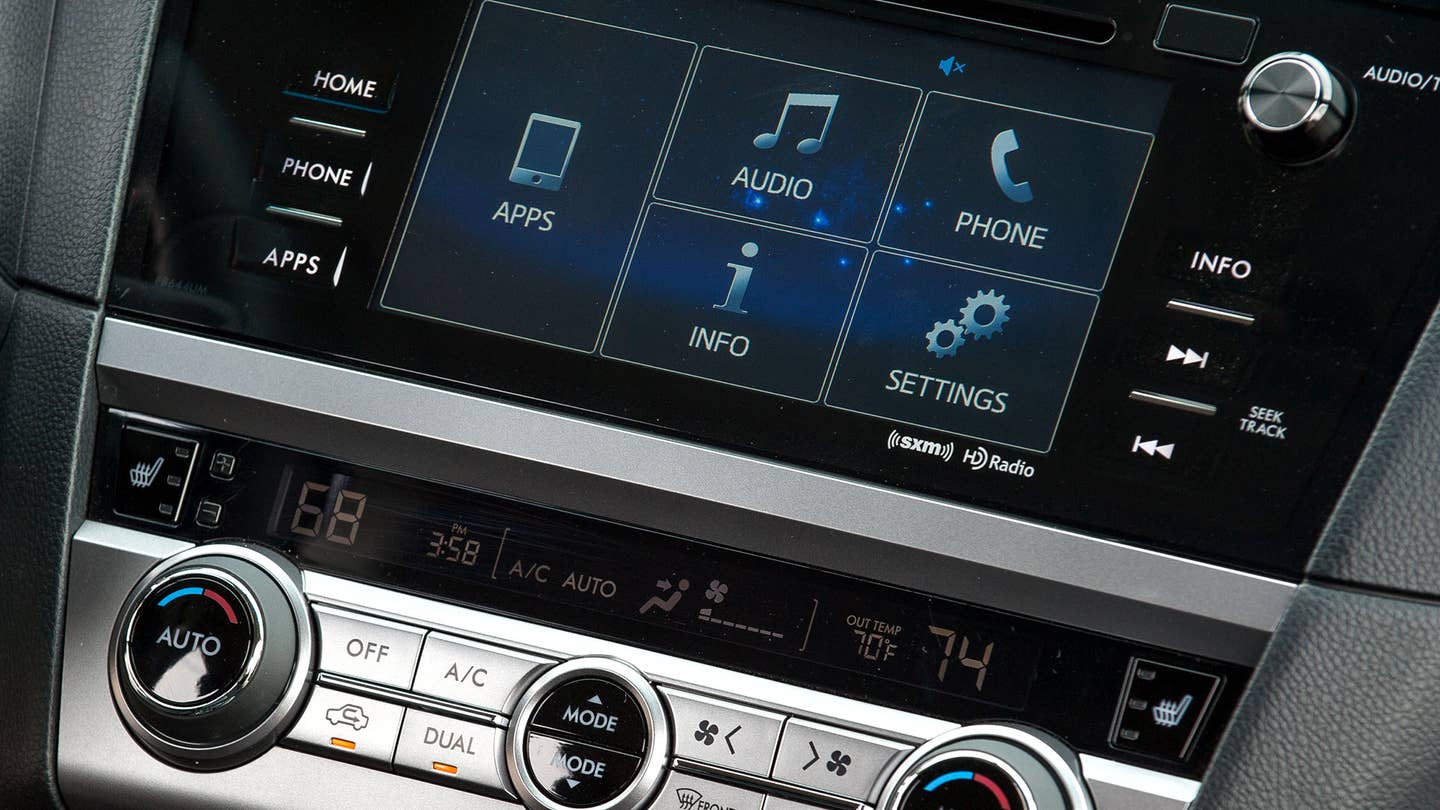 Subaru wants you to know it won’t risk your child’s innocence by letting their virgin ears accidentally encounter curse words on the satellite radio. And as one childless Oregon man discovered, Subaru will censor your SiriusXM stations whether you have children or not.

Vince Patton was vexed when he found his 2016 Subaru Outback's satellite radio defaulting to the SiriusXM preview channel every time he turned it back on. He expected the radio to still be on the Comedy Greats channel, which sometimes features the R-rated stylings of the likes of George Carlin and Richard Pryor—after all, that's what he'd been listening to. But, nope—if he’d had some blue laughs going when he shut down the car, the Outback would restart with the stereo on Channel 001.

Patton called SiriusXM to figure out what was happening, but the satellite radio technicians were just as stumped as he was. It was only after he wrote a letter to Subaru that a rep for the company unraveled the mystery, ultimately tracing the mystery back to a Tech Tips bulletin for the 2015 Outback and Legacy. On cars with SiriusXM satellite radio, the bulletin explained, "the channel will automatically revert to the preview station at every key cycle if the unit is turned off while tuned to a channel that may broadcast content intended for a mature audience. This feature is not customizable by the user.” In other words: Subaru will censor your SiriusXM radio content, and you can't do anything about it.

And the carmaker isn't backing down from the position. Subaru of America spokesman Michael McHale told Automotive IT News the carmaker is a “family company” and that since the software can’t be overridden, “our default setting is the right choice” to protect young ears. Hale told Forbes, “We don’t censor anything. We don’t put the kibosh on any channels. Nor do we monitor what you are listening to. It was added as a convenience feature which to some might not be convenient, but two clicks and your station is back on.”

Technically, Hale is correct, this isn’t true censorship. But Patton isn’t pleased at all about Subaru making him reaffirm he wants mature content every time he turns the car on. Besides, SiriusXM already offers parents the ability to block stations, or simply subscribe to channels without the “XL”—explicit language— rating. The Drive asked Subaru for comment on the SiriusXM matter; the automaker did not get back to us.

Subie buyers shouldn’t be surprised if the setting migrates to other models beyond the Outback and Legacy, though—the company is serious about that “family company” description. In 2014, Automotive News said Subaru was working to “re-brand itself as a family-oriented safety brand and not just an outdoorsy all-wheel-drive specialist.” AN wrote that comment in the context of active safety crash-avoidance features...but apparently Subaru's intentions stretch beyond automatic braking and parking sensors.