Watch Calvin Harris Hit a Wall With His Range Rover

And then get mad at the jerkface paparazzo who does nothing to alert the DJ. 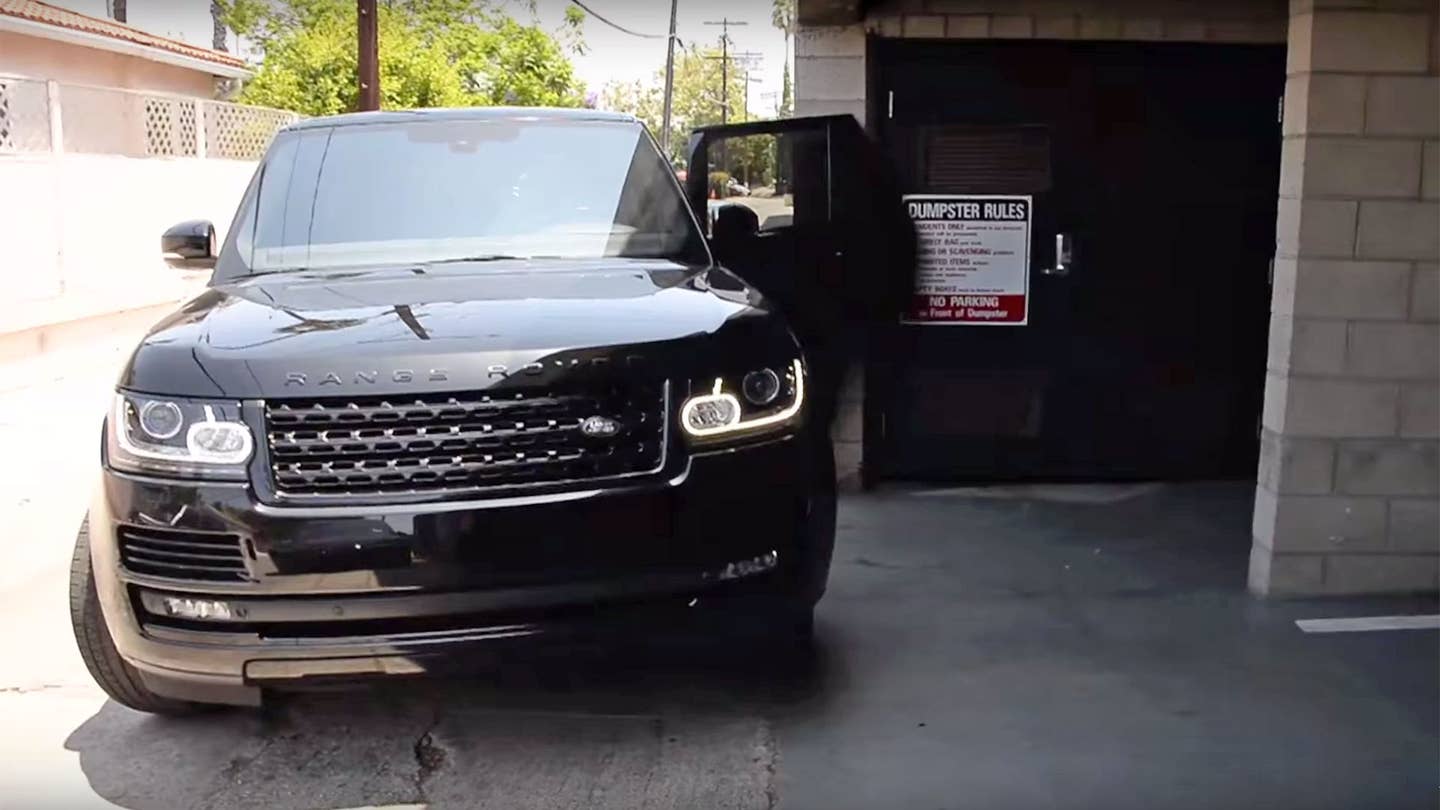 It's only a matter of time before Taylor Swift drops a new album inevitably filled with veiled digs at ex-boyfriend Calvin Harris. Harris is undoubtedly aware of this and is perhaps busy thinking about what she might say. Or maybe he's stewing over the fact that Swift is already shacking up with Loki. Either way, the mega DJ’s mind is definitely elsewhere when he leaves an LA gym via the back door, only to run into a paparazzo who of course asks about the man's love life. C’mon—give the dude a break.

Harris hops into his Range Rover and starts to back up to escape the recording lensman . . . except he left his back door of the Rover open and, in cringe-inducing slow motion, we see it connect with the brick facade of the building and bend in the wrong direction.

The assclown behind the camera never alerts Harris that his door is open, though he had ample to time to give Harris a warning. A crash on film will play better and net the shooter more cash—but what a crappy thing to allow to happen. TMZ stupidly points out that Harris “can afford the repair. Or even a new vehicle altogether,” but that’s not the point. If you see someone about to hit something with his car, be a decent human being and say something.

Harris allegedly—and if so, rightfully—got pissed at the pap, but later apologized. Take note, trolls with cameras: That’s how a gentleman acts. Watch the crash below.

Circuit of the Americas is banking on the world’s biggest pop star to prop up the U.S. Grand Prix.