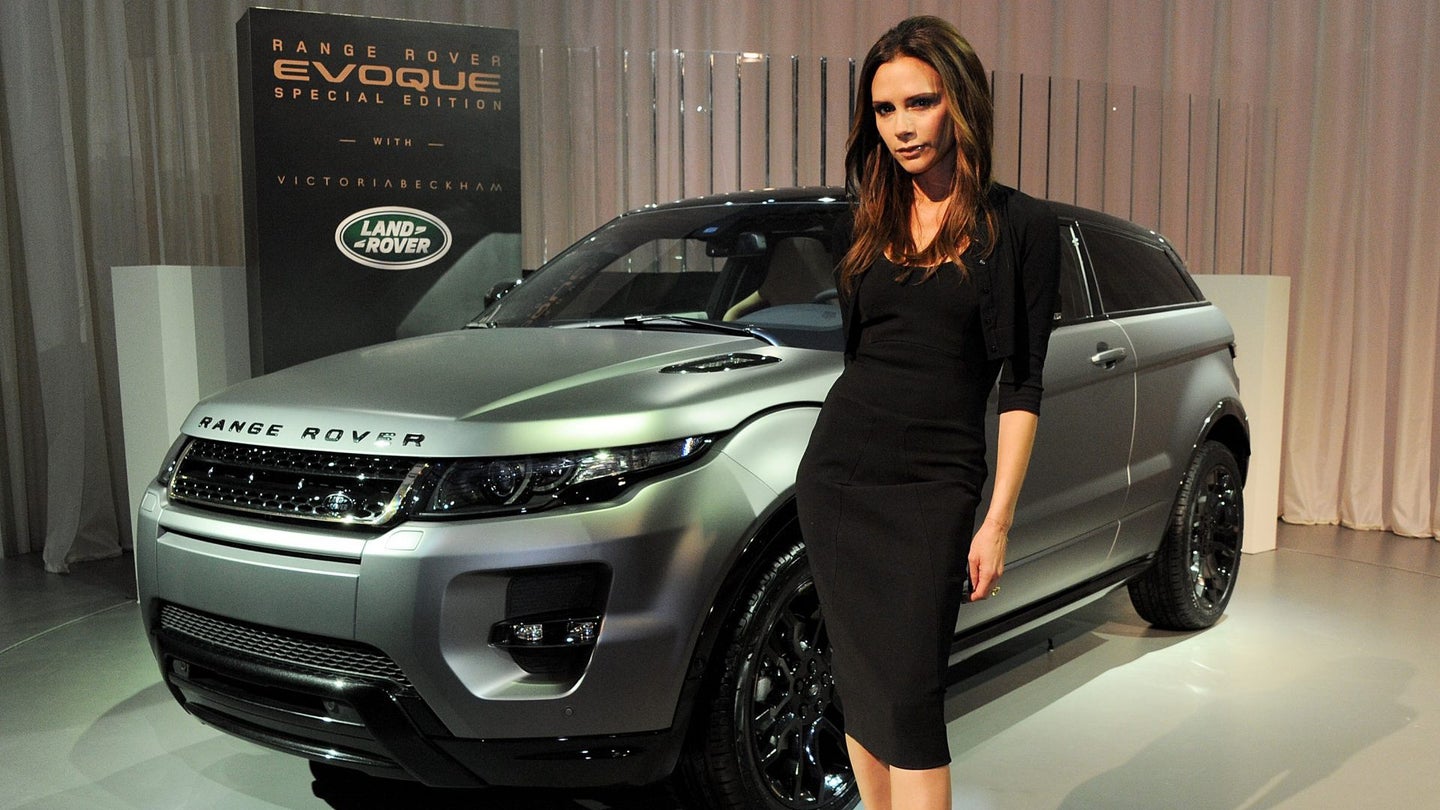 It looks like compact crossovers really have taken over the automotive world.

According to data compiled by U.K. luxury car financiers JBR Capital and reported by Motoring Research, a top ten list of cars most popular with British premier league footballers (that's the sport that's actually played with feet) places the Range Rover Evoque as numero uno. Yep, the Range Rover Evoque. Not a Lamborghini, not a Ferrari, not a Bentley, but the smallest Range Rover SUV co-designed by Victoria "Posh Spice" Beckham herself. On second thought, perhaps her famously sure-footed husband had something to do with this...

Considering the average Premier League soccer player earns the equivalent of around $3.2 million, the relatively humble Evoque is unlikely to be any of these guys' only car. However, we could see how it would make for a quality daily driver for moments when one just wants something incognito, high-riding, plush, easy to navigate, and decently luxurious. Futbol superstars—they're just like us!

The rest of the list, however, conforms much closer to the flashy pro athlete stereotype.

Okay, so maybe they aren't like us at all.

The Bugatti Chiron Is Cristiano Ronaldo-Approved in This New Video

Now the soccer superstar just has to get a Bugatti Chiron for himself.

We’ve been told there are a lot of Americans who really like soccer. Apparently some of them work at Audi.