There's one giant hurdle standing between China's huge domestic auto industry and the wide open roads of America. We're not talking about a certain trade war—no, it's the country's strange, enduring phenomenon of copycat cars, whose blatantly-stolen designs continue to delight and confound observers abroad. The latest printout is the Zotye T900, and yes, it looks exactly like a Range Rover Sport. What a strange coincidence.

A privately-held manufacturer in China's Zhejiang province, Zotye Auto has been one of the worst offenders when it comes to copying the competition. Zotye earned some international notoriety back in 2016 when it unveiled a Porsche Macan knockoff for under $20,000; Car News China notes the company has also "reimagined" the Mazda CX-4 and the Volkswagen CrossBlue Concept from 2013.

Now it's got Jaguar Land Rover in its sights—not that the T900 is anything close to a real Rangie. The Range Rover Sport is a brilliantly luxe and notably capable SUV that starts around $67,000 in the United States. Meanwhile, the Zotye T900 is powered by a 2.0-liter four-cylinder turbo making 238 horsepower and ranges between the equivalent of $23,000 to $30,000 in the Chinese market.

On the outside, the two look remarkably similar since Zotye made little effort to disguise that side profile, and Car News China reports the new SUV's dimensions match the original Range Rover. The interior of the knockoff is a far cry from the real thing, but some strategic replication of Mercedes-Benz's new MBUX two-screen gauge cluster and infotainment display gives it its own flavor.

So what's do be done about this problem? Not much. Three years ago, Jaguar Land Rover tried and failed to sue a different Chinese automaker that went even further in copying the Range Rover Evoque. JLR CEO Ralf Speth later told reporters that "there are no laws, there's nothing to protect us" in China's famously byzantine and protectionist legal system, "so we have to take it as it is." We have a feeling that means the T900 isn't going anywhere either.

Interestingly, Zotye recently linked arms with Ford in a plan to co-develop and sell a new line of electric vehicles in China, as Car News China points out in a report referring to the companies as "new friends." Since Ford actually ran the Land Rover brand up until 2008, maybe it could lean on its new friend to ease up on the theft of what was once its own intellectual property. 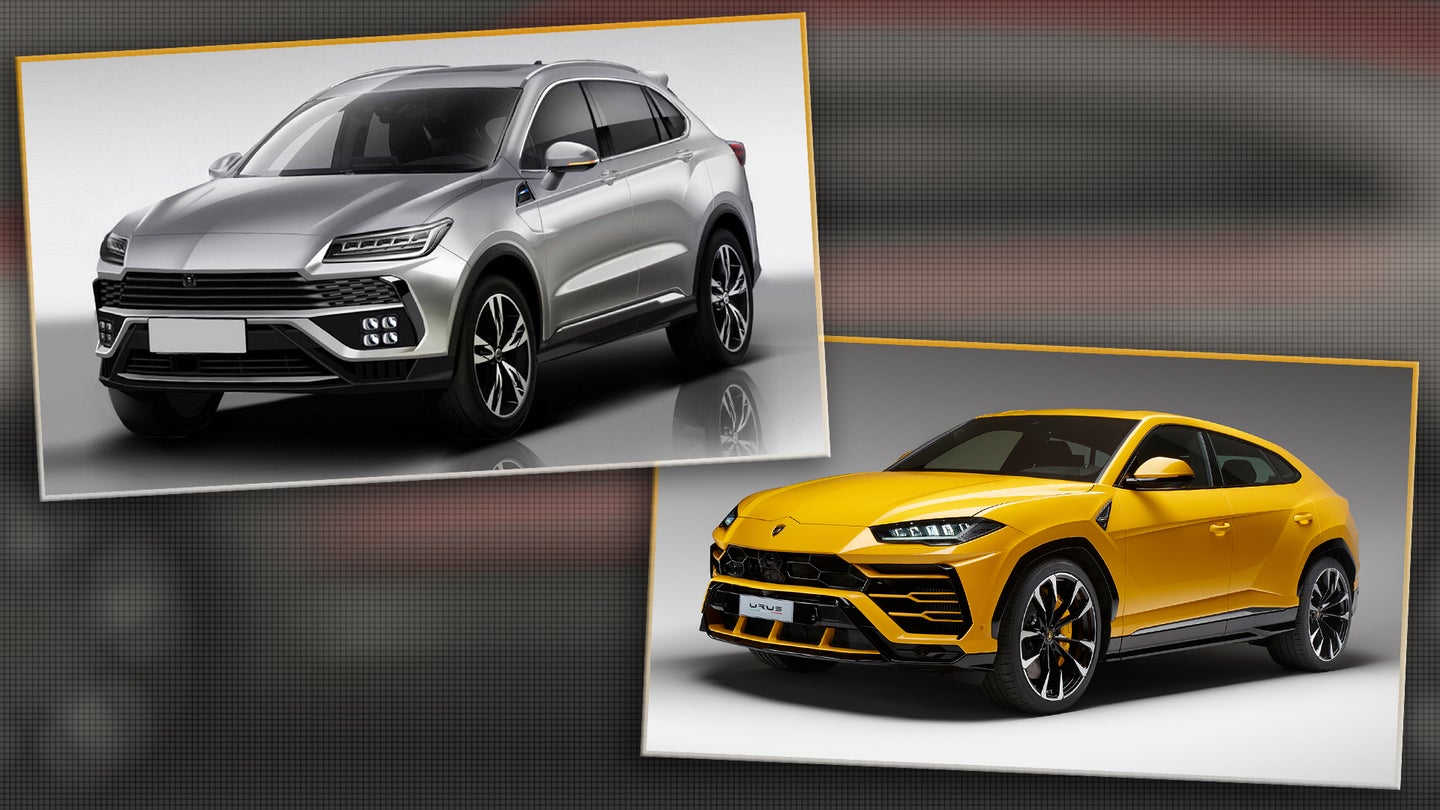 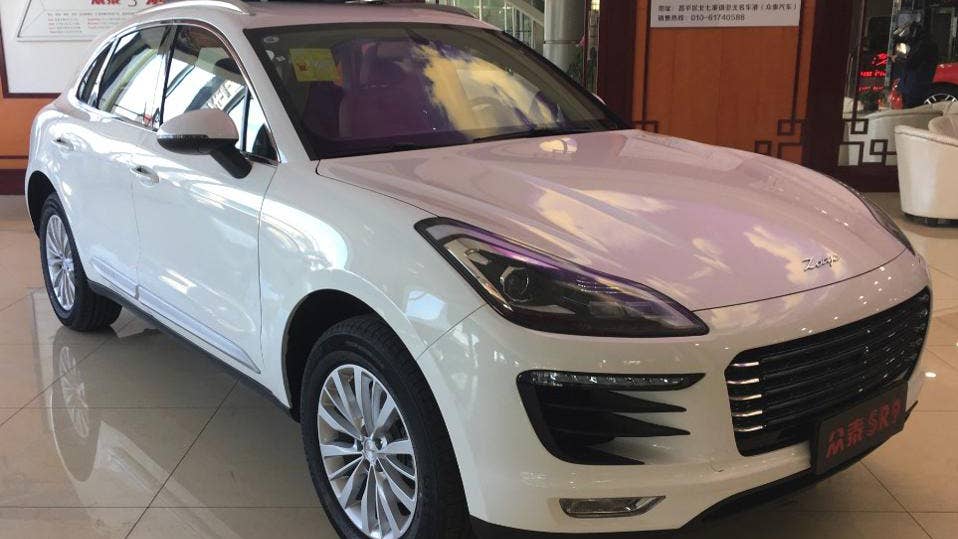 It costs about 1/5th what a Macan does, and there’s probably nothing Porsche can do about it. 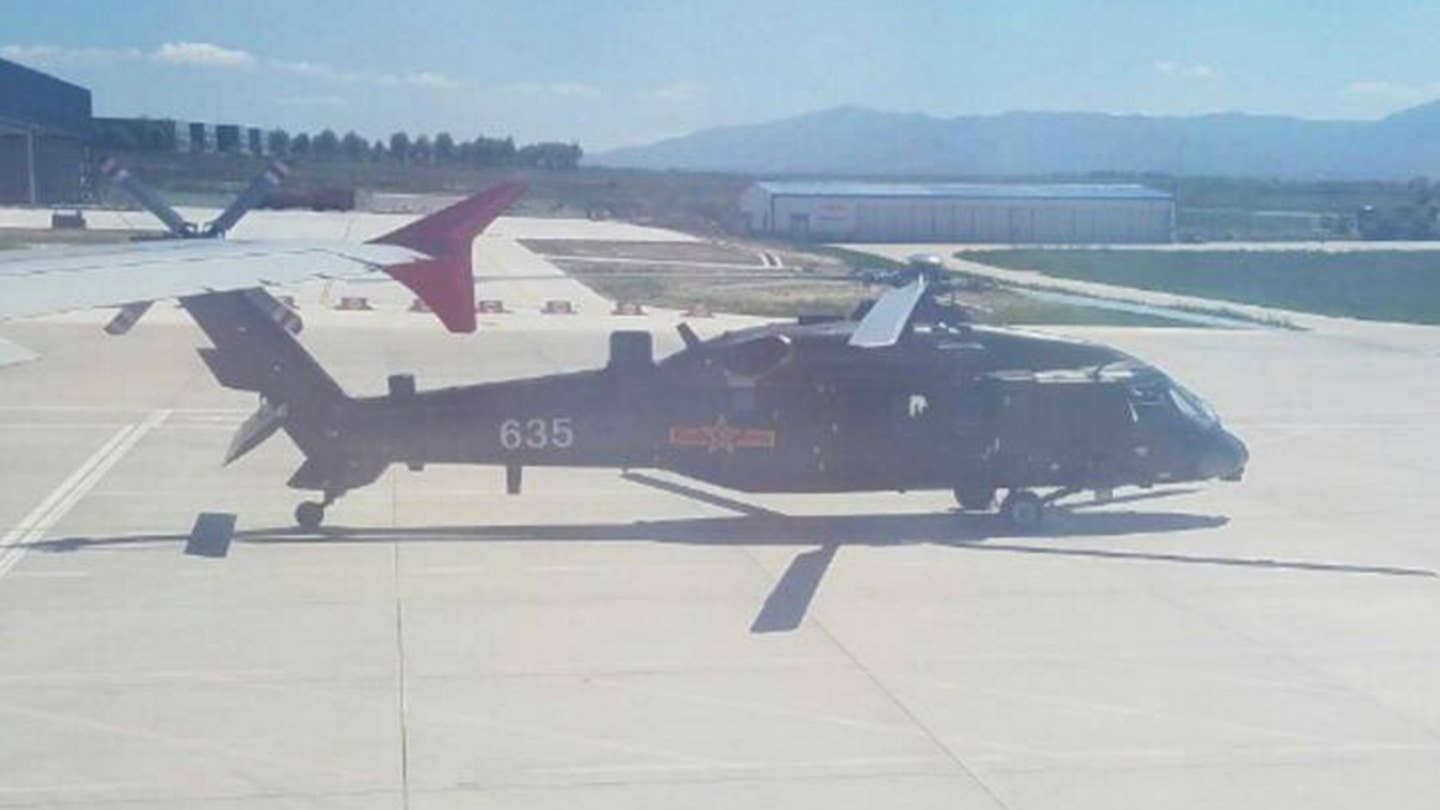