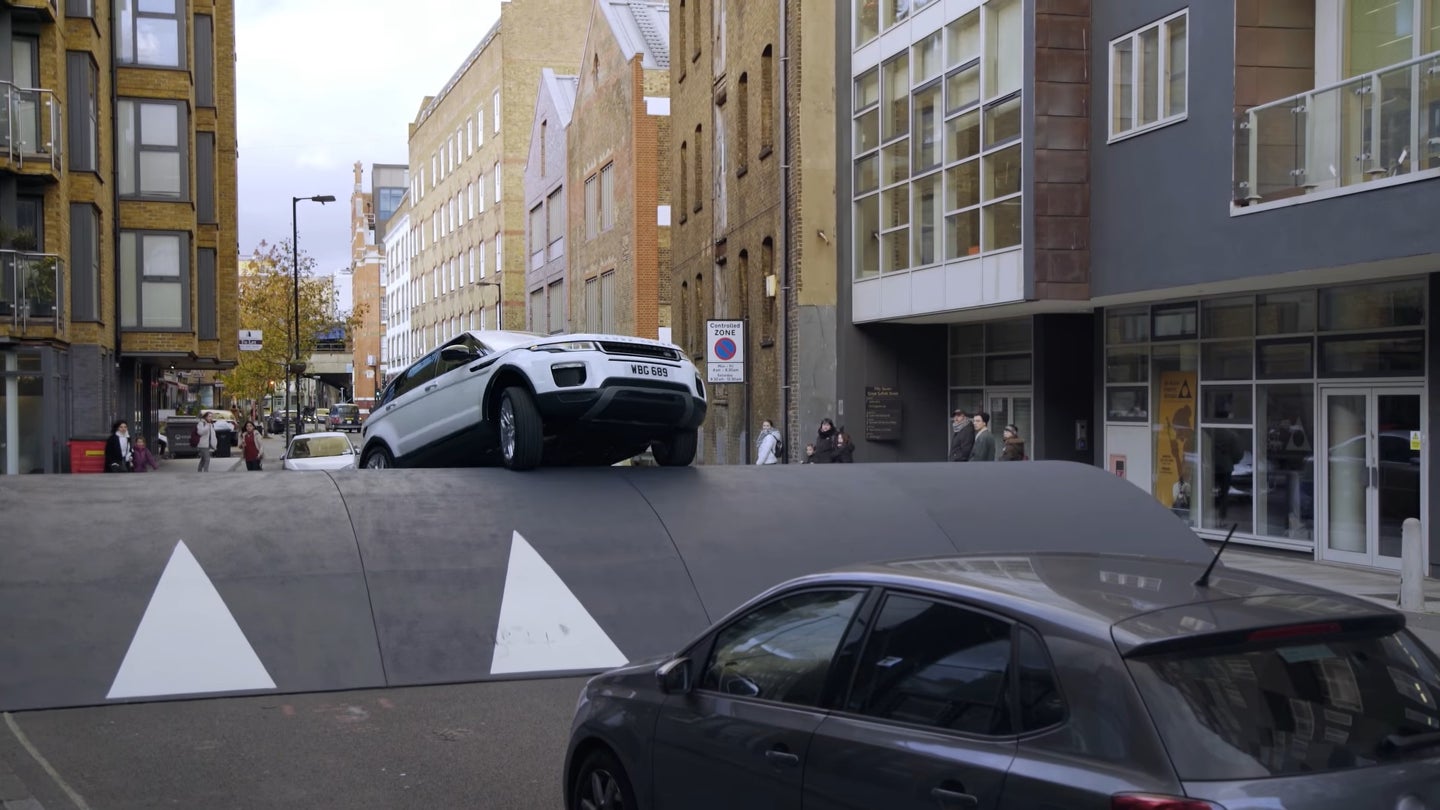 Despite its rough-and-tumble offroad pedigree, most modern Land Rovers will never actually see mud. Instead, they'll spend their entire lives navigating busy metropolitan streets and luxury shopping center parking lots. Apparently, Land Rover knows this as well, as evidenced by the company's latest Evoque promotional video in which the compact SUV isn't seen tackling sand dunes or a swampy forest, but the largest speed bump in the world.

After proving impenetrable by a wide variety of less-capable vehicles including one BMW X3 whose flustered owner concedes, "I'm not sure it's that good a 4x4," a wild Range Rover Evoque owner appears, predictably showing everybody how it's done. Cue the flabbergasted and deeply impressed onlookers.

So, there we are. If your local municipal government has the irritating habit of shutting down entire streets with implausibly big speed bumps, the Evoque looks to be the perfect car for you.

After quietly killing off the three-door coupe model, the 2018 Range Rover Evoque comes in either a five-door or convertible configuration and starts at $41,800. Powered by a 2.0-liter turbo four-cylinder, Range Rover's smallest ute is apparently a perennial favorite among U.K. soccer (or football, as they'd likely prefer us to call it) stars.