Special Vehicle Operations boss pegs it "in between Paris Dakar and Camel Trophy." 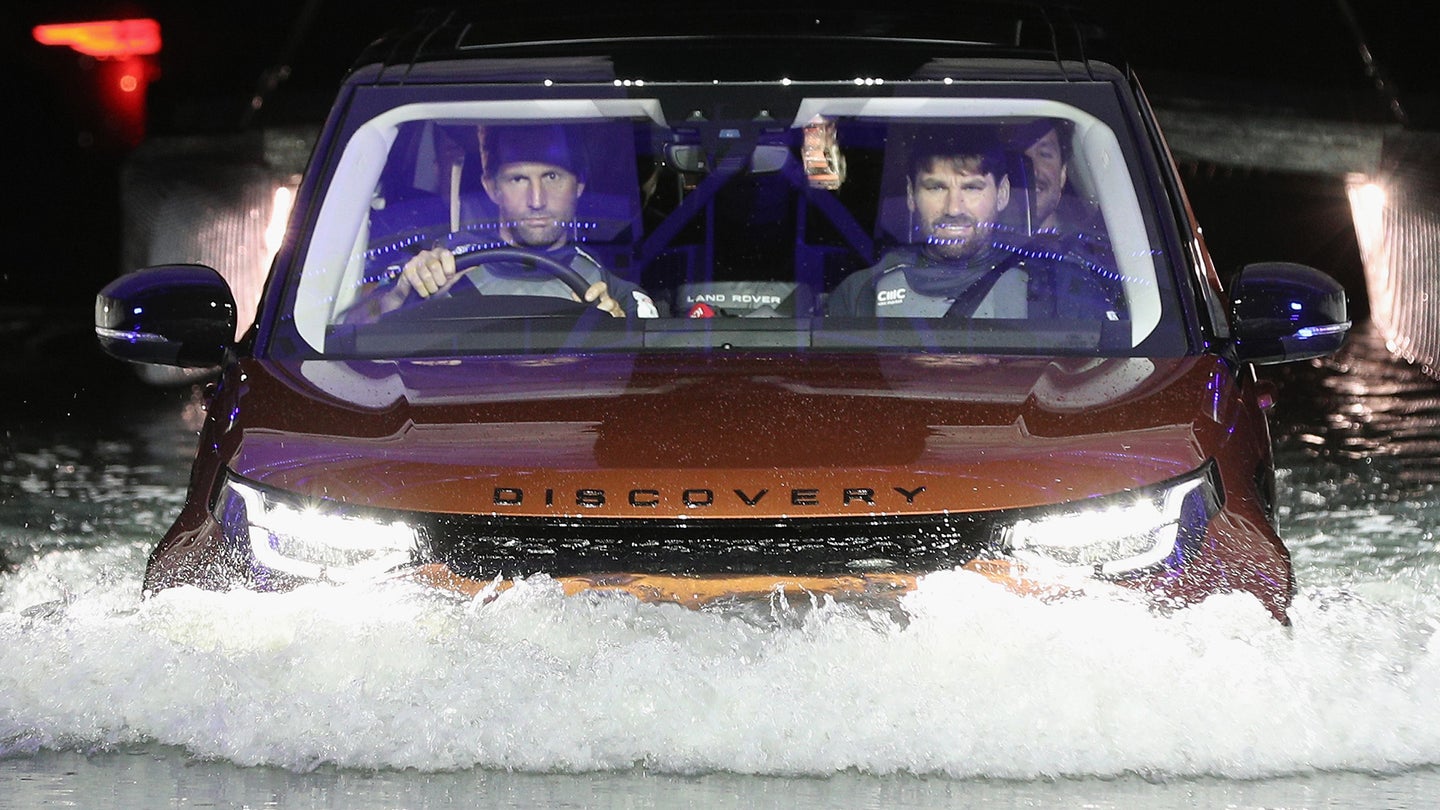 Land Rover raised a few purists' eyebrows when it unveiled the redesigned Discovery this year, dropping the iconic, squared-off look and IBF construction for a svelte aluminum unibody and a more family-friendly marketing campaign. That's not to say it can't get down with its forebears—with options including a two-speed transfer case, locking rear differential, and adjustable air suspension, it can outperform almost anything in its class in the dirt—but it's not the same truck anymore. Thankfully, Jaguar Land Rover's Special Vehicle Operations division is here to save the day, according to a new report in Auto Express.

SVO CEO John Edwards took a minute out the Geneva Auto Show to drop a few hints about the upcoming project. "I can’t tell you what the SV version of the Discovery will be like but in my mind it will be in between Paris Dakar and Camel Trophy. Somewhere in there is a product waiting to get out," he told the publication.

The SVO division at Jaguar Land Rover is best known for its super luxurious takes on the Range Rover, and this will be its first attempt at pushing the limits at the other end of the spectrum. But the project jibes with the vendetta design boss Gerry McGovern launched against aftermarket tuners last week, saying he wants to "put them out of business" by beefing up SVO's offerings.

There's no word yet on just how they're customize their version of the Discovery, for now being tagged with the "SVX" appendage. Auto Express speculates a lot of physical changes, but it's equally possible they'll focus on technological upgrades like boosting their off-road cruise control system or reintroducing that crazy "invisible hood" concept from a few years back.

Either way, it's heartening to see a company taking its heritage seriously. Look for it either this year or next.