The LR4 replacement will make its debut at the Paris Motor Show. 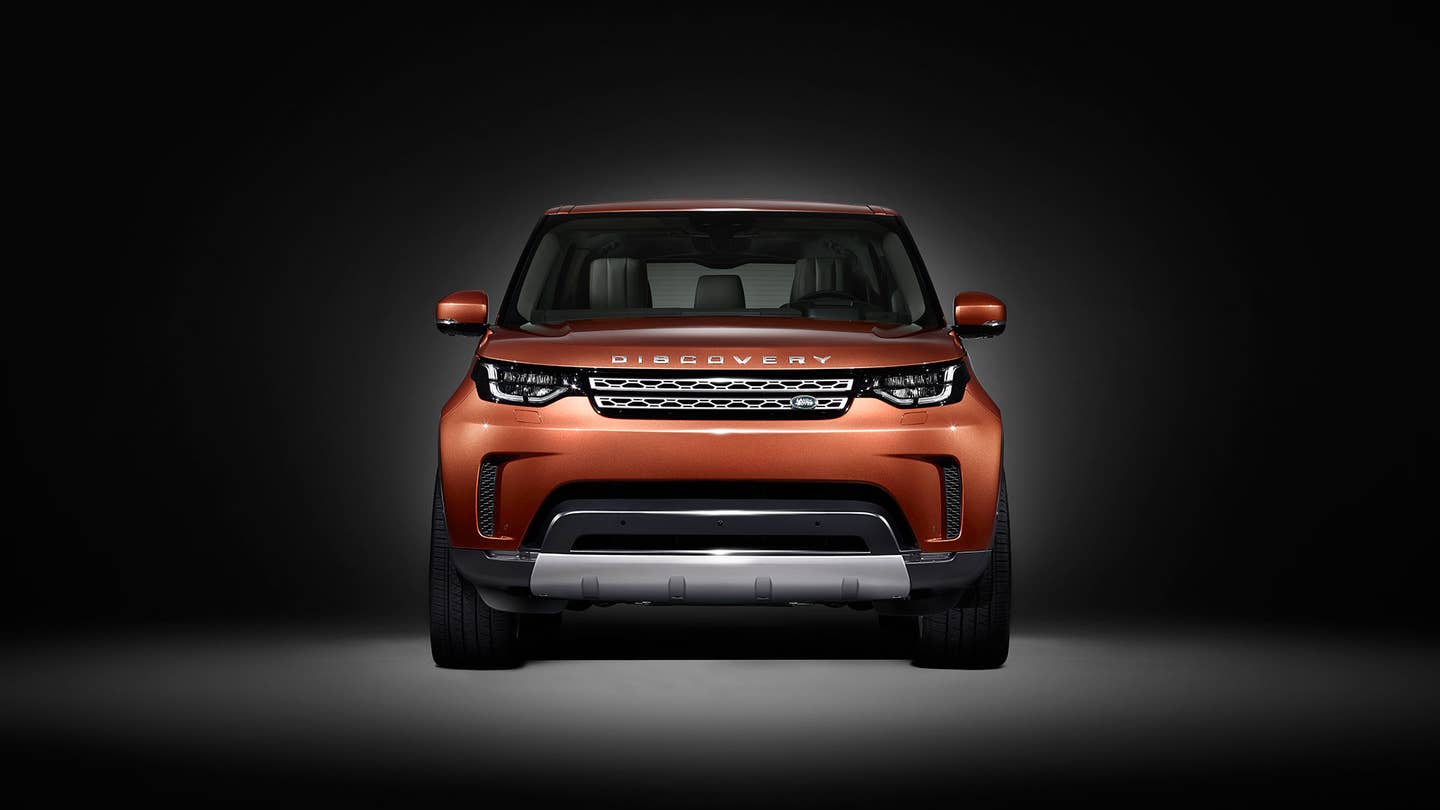 After building what felt like the same truck for almost 12 years, Land Rover is officially showing off its Discovery-slash-LR4 replacement. If you consider yourself a true Landie die-hard, the new car's looks might send you running to hide under your bed. To our eyes, though, it doesn't look half bad.

Details on the new Discovery are currently slim; Land Rover is making us wait until the global reveal on September 28th at the Paris Motor Show for the full low-down on the sport-ute. To hold us over, however, the carmaker has released two official images of the new SUV's front end...which are actually from the same perspective, just with different backdrops.

From these pics, we can see that the truck has adopted a similar face to the one now found on the Discovery Sport, which in turn bears a passing resemblance to the one of the Range Rover Sport. It's cute, yet still aggressive—albeit nowhere as serious-looking as the last-generation Discovery. (The full body of the car should make up for any frontal stylistic shortcomings, however, as spy shots of test mules that reached the interweb a few weeks ago clearly reveal.)

A deep parse of Land Rover's press release doesn't reveal much, either; the only thing we're completely sure of is that this new Discovery will have seven seats. If we're bold enough to take some educated guesses, though, it seems likely this new Discovery will be sold with the choice of a supercharged V6 or the turbodiesel six-pot, and potentially even the turbocharged inline-four from the smaller Discovery Sport. The SUV will be available for order in mid-2017, Autoblog reports.

For all the details on the new mid-range Landie, be sure to stay tuned to The Drive's upcoming coverage of the Paris Motor Show.