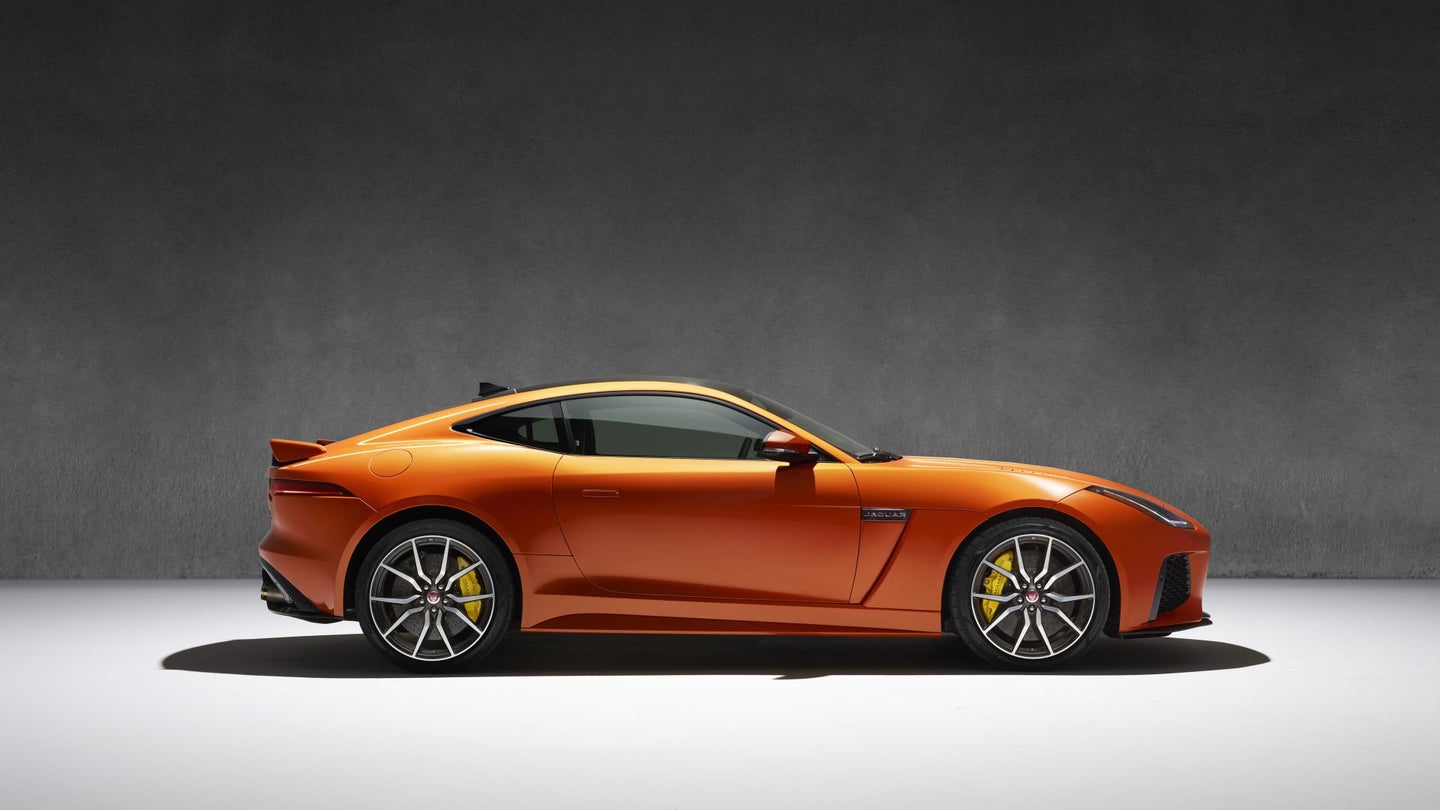 Sounds like the folks at Jaguar Land Rover's SVO performance department—also known as the mad scientists responsible for the $192,000, 200 mph, 592-hp XE SV Project 8—are getting a little tired of simply beefing up and putting stripes on, uh, Jaguars and Land Rovers.

Speaking to Auto Express, SVO boss John Edwards says he'd eventually want to create their own, bespoke model. Similar to how Mercedes-AMG graduated from strictly tuning and modifying existing Benzes to creating their very own sports car in the GT. "Deep down we want to make our own model. Just look at the success of the [Mercedes] AMG GT," says Edwards.

That car is probably still a handful of years away, however, as Edwards maintains the importance of getting the pedestrian-JLR-based "Project" cars right before getting too ambitious. While nothing has been made official regarding SVO's upcoming, non-bespoke offerings, Edwards indicates that "great potential" lies in the Jaguar F-Pace and Range Rover Velar crossovers, a sentiment that's evidenced by some Nurburgring test footage obtained earlier this month.

Judging from just how balls-out the Hellcat-baiting XE SV Project 8 sounds, we at The Drive can't wait to see what these guys can do left to their own devices.

This monstrous sedan will hit 60 mph quicker than a Hellcat.