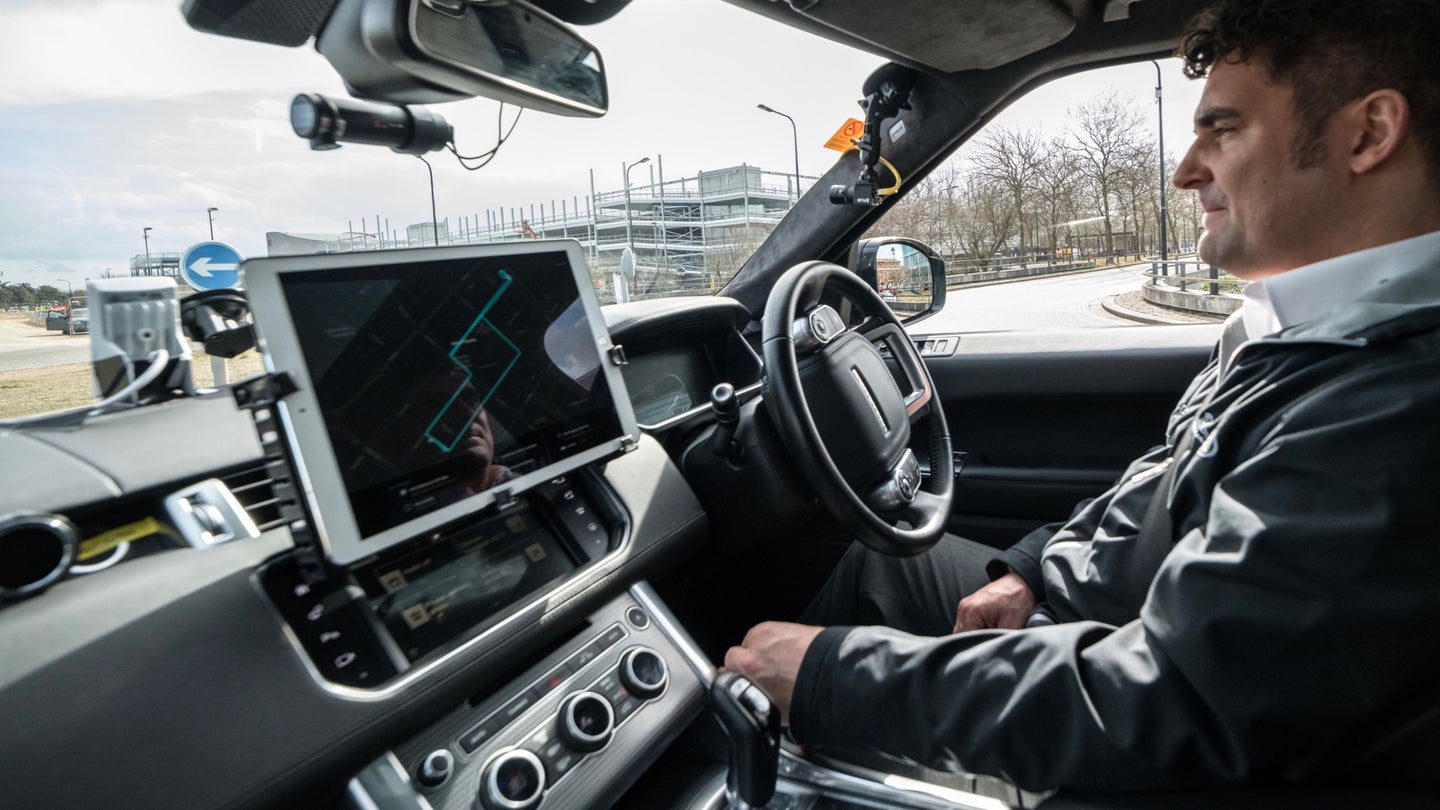 Jaguar Land Rover is testing self-driving cars that can find their own parking spaces. What JLR calls a "self-driving valet" is designed to eliminate one of the most stressful parts of urban driving by allowing people to get out of their vehicles at a destination, and have the car figure out the parking.

A demonstration took place this week on public streets in Milton Keynes. The tests were conducted in concert with U.K. Autodrive, a consortium of automotive businesses looking to accelerate development of self-driving cars. The demonstration shows that autonomous-car testing is continuing despite a recent fatal crash in Arizona. JLR isn't the first automaker to demonstrate autonomous parking, and it won't be the last. Cars that can drive themselves also have to be able to park themselves.

Self-parking cars may be an easier sell than self-driving cars. Parking is not the most fun part of driving, and automation could bring significant efficiencies. Cars that don't need to discharge passengers can park closer together, maximizing space in lots and garages. A self-driving car could also park further away from a location, since its human occupants will have already gotten out. Driving directly to a spot further away rather than hunting for a closer spot could reduce traffic congestion.

JLR also developed a communications system that allows vehicles to "talk" to each other and provide important information to drivers. The system illuminates dashboard lights when an emergency vehicle is approaching, or when a car in front brakes heavily. This seems to be based on the "vehicle-to-vehicle communication" or "V2V" systems promoted by other companies and regulators as a potential safety enhancement.

Both new pieces of JLR tech show how humans can stay behind the wheel in an age of autonomy. They aim to make drivers' lives easier without completely eliminating the concept of human driving. Imagine that.