Has Nissan Solved the Biggest Problem with Fuel Cells?

New technology replaces hydrogen with a much more accessible fuel. 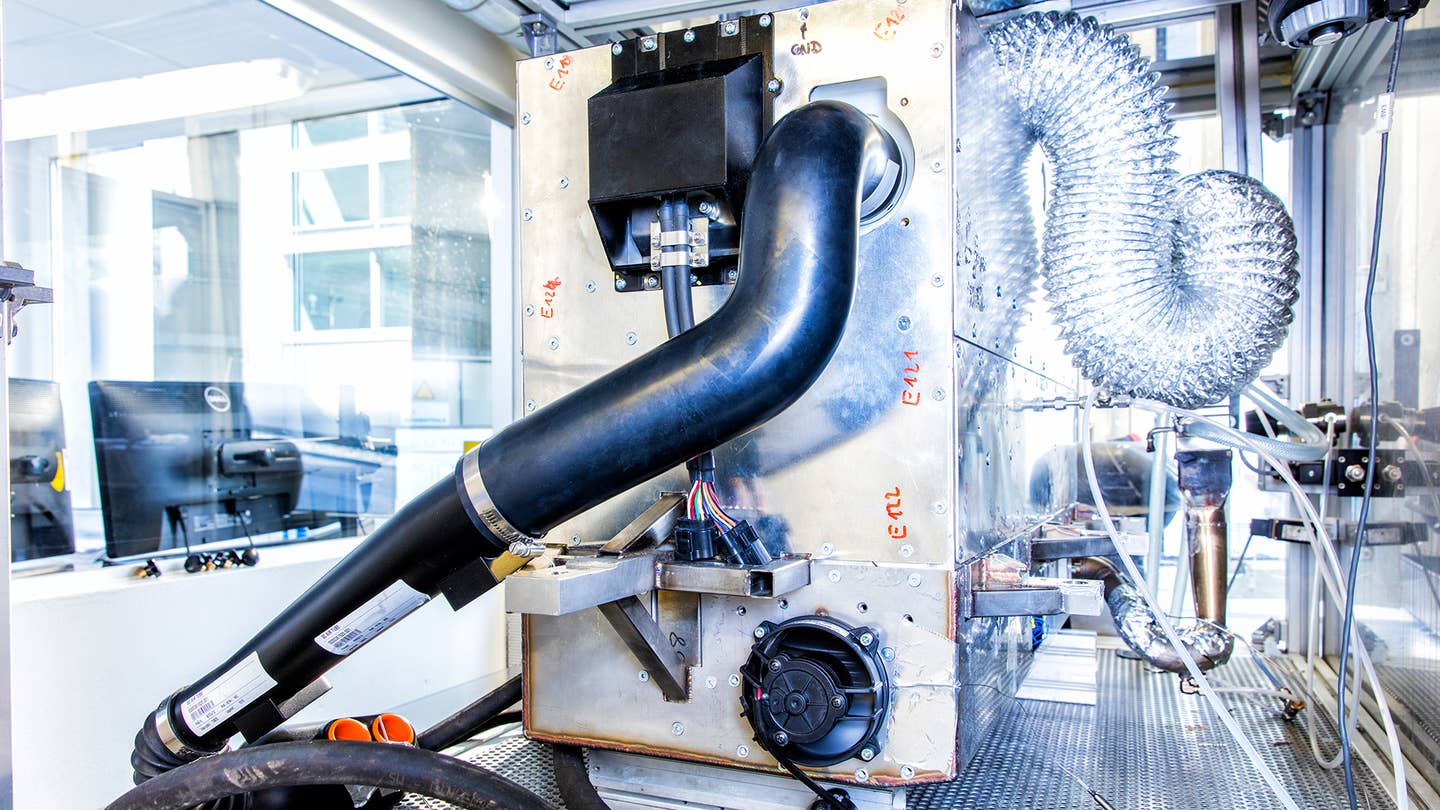 In a move that could launch zero-emissions-vehicles into a new era of usability (and make quite a few farmers in Iowa happy), Nissan has revealed a new type of fuel cell—one that's fueled up with bio-ethanol instead of compressed hydrogen.

Nissan's new type of fuel cell still runs on hydrogen—it simply uses a reformer to crack open the biologically-produced ethanol or ethanol-blended water, freeing the hydrogen molecules within. Nissan says the system is a world first for automobiles, and could enable a driving range of more than 375 miles per tank. Using ethanol, which has an established infrastructure, would make such a car far easier to refuel than one running on compressed H2, which is hard to find and far less dense.

So how does Nissan's technology work? Starting with a full tank of ethanol or ethanol-blended water (55 percent water, 45 percent ethanol—basically, Maker's Mark) in the car, the biofuel is sent to the on-board reformer, where it breaks down into hydrogen and carbon dioxide. The hydrogen moves onto the Solid Oxide Fuel Cell, or SOFC, stack, where it mixes with ambient air; this electrochemical reaction in the stack creates electricity, which in turn charges the batteries that power the car. All that comes out the exhaust is carbon dioxide and water. Nissan says that the exhaust contains so little CO2, however, that when using ethanol made from sugarcane, the vehicle is effectively carbon-neutral. (That would apply in South America—but not here in the United States, where almost all ethanol comes from corn.)

The magic element that makes this possible is the yttria-stabilized zirconia oxide nature of the SOFC, which the Japanese carmaker’s been working on for at least seven years. An SOFC produces a lot of electricity for its size, delivering up to 50 percent efficiency when used as a charger. A 4.0-kW SOFC, for example, can power electric motors outputting “several tens of kilowatts” in a 2,000-pound vehicle.

One drawback major of an SOFC is that it requires very high temperatures to operate. Nissan’s system turns this into a strength, however, by using the high-temperature steam produced by the SOFC to power the reformer. Additionally, the high temperatures mean the SOFC doesn’t need any rare metals to act as powerful catalysts, which could in turn make it cheaper to build than traditional fuel cells.

This technology isn't all vaporware, either. Nissan says it will put an SOFC-powered car on the market by 2020, with a driving experience and running costs comparable to other electric vehicles. We say, bring it on. Any car that can be refilled with a bottle of Tito's Vodka sounds like a pretty nifty idea.