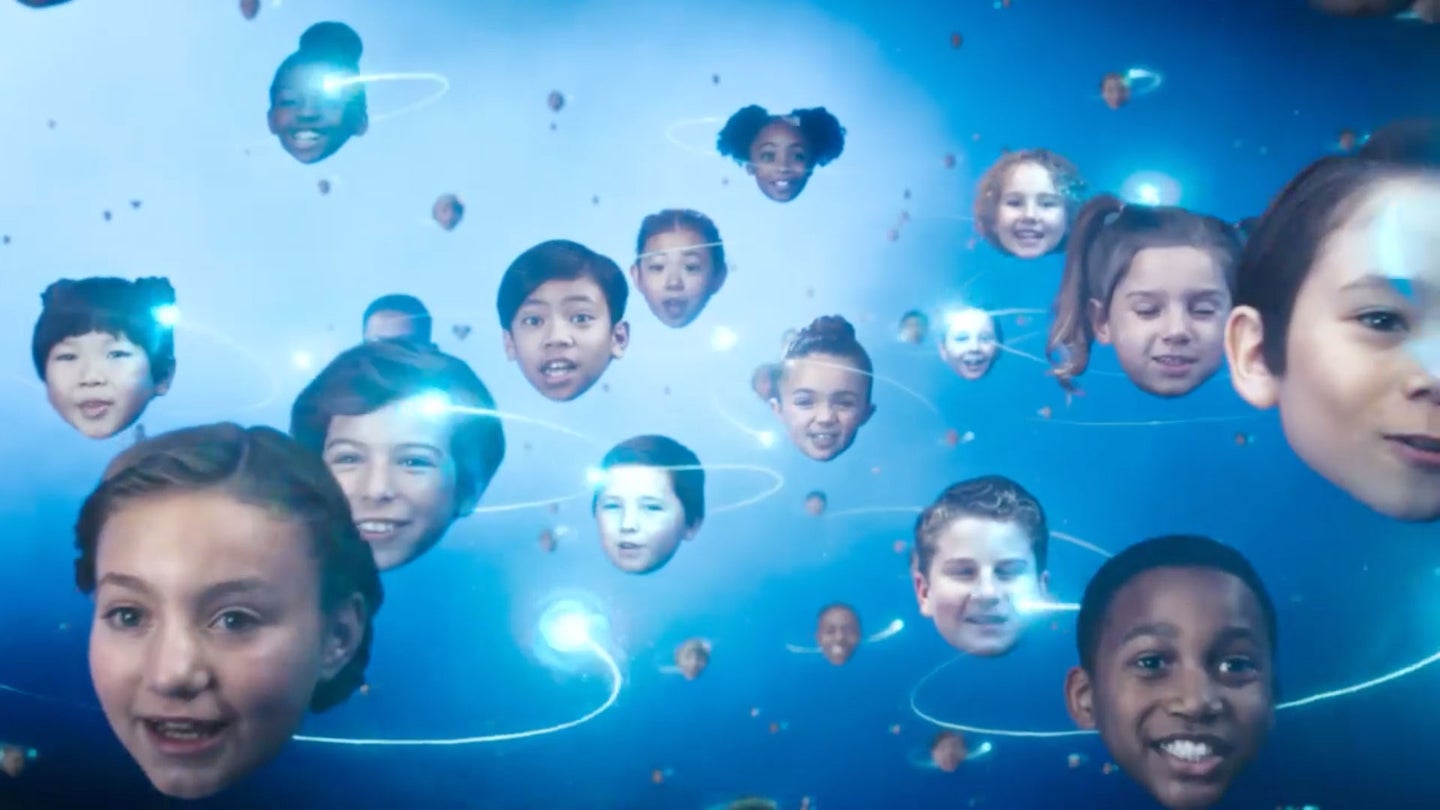 Honda's Super Bowl ad this year was as safe as car commercials come, featuring celebrities, humor, and a heartwarming message that gently reminded people of the virtues of the CR-V. The carmaker's new commercial for the fuel cell-powered Clarity, on the other hand...features the disembodied heads of children singing Fleetwood Mac while bobbing around in a blue limbo.

The new ad is the work of the stop-motion artist known as Pes, who was nominated for an Oscar for the short film Fresh Guacamole. Pes, whose real name is Adam Pesapane, has worked with Honda before; he made the incredible 2015 ad "Paper" for the brand, as well as a spot for the Ridgeline that debuted during last year's Olympics.

The newest ad, released Wednesday, is part of a multimedia effort designed to help Honda bring fuel cell technology in general (and the Clarity specifically) further into the public sphere. Looked at piece by piece, the commercial makes sense: The campaign is called "Always Thinking About Tomorrow," which explains both the presence of the children and why they're singing the similarly-named Fleetwood Mac song; the heads are meant to represent atomic nuclei, both of the hydrogen that flows into the fuel cell to create electricity and of the oxygen that teams up with it to create the Clarity's sole emission, water.

Put it all together, however, and...well, it's just weird.

The commercial will air primarily in California

The ad will be targeted at California where the Clarity will be sold, but you can watch the full minute-long commercial below. We just wouldn't recommend doing so right before going to sleep.

Honda, Hitachi Teaming Up to Produce Electric Motors for Cars

The new jointly-owned company will sell electric motors to Honda and its competitors to increase production and reduce costs. It’s a win-win for everybody.