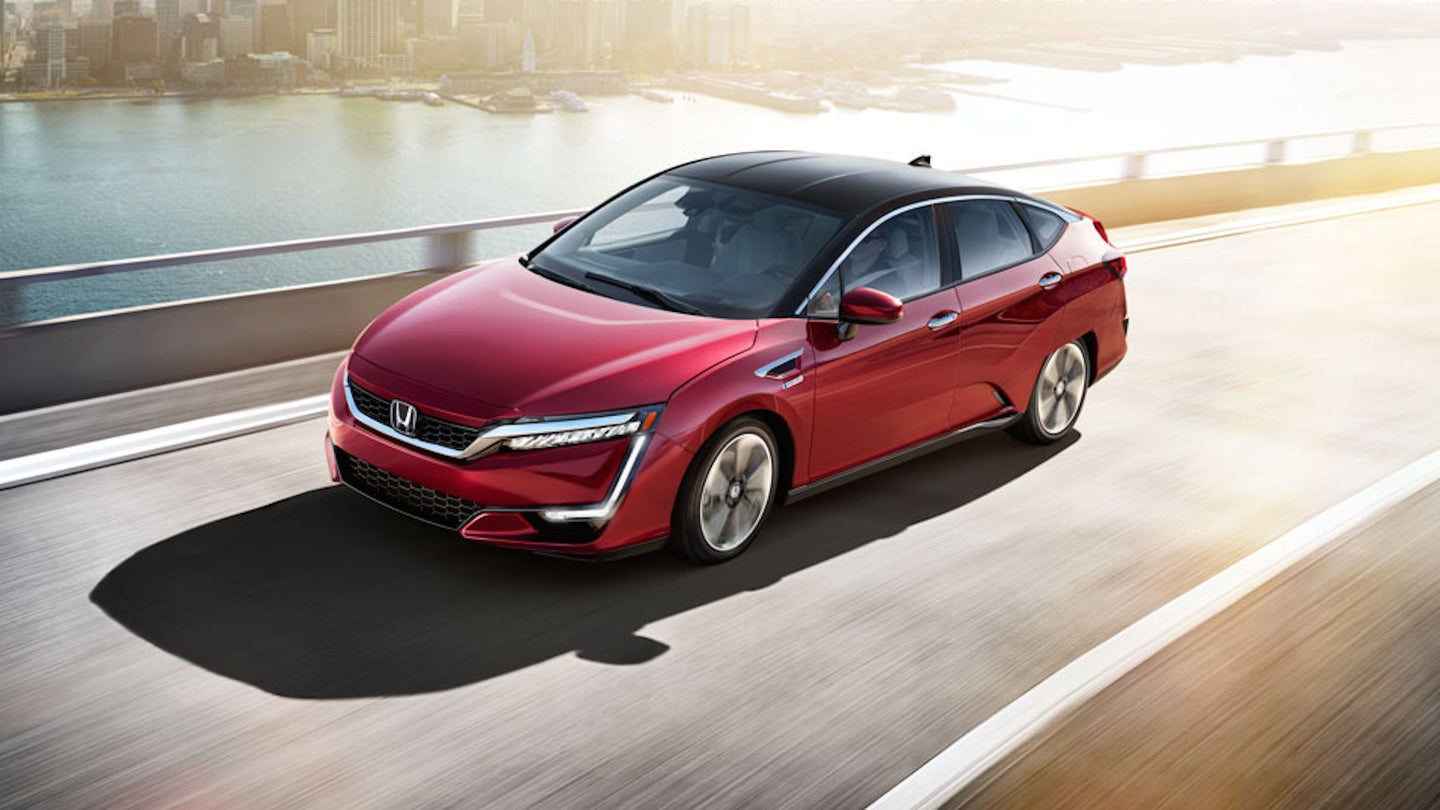 In a time where electric vehicles are prevailing, GM and Honda have made a statement for future hydrogen vehicles. Both manufacturers have harped a lot of focus on alternative fueling, whether it be full EVs or fuel cell units, leading to this current venture. The partnership will supply both companies with shared technologies, much like they have done in the past with powerplant solutions. This will further advance Honda's established work in the hydrogen market as well as introduce GM to the mix.

The two companies originally announced their partnership in the summer of 2013. By making it a joint venture for the two automaker staples, they can combine their efforts to bring down production cost and, in turn, market pricing. “Over the past three years, engineers from Honda and GM have been working as one team with each company providing know-how from its unique expertise to create a compact and low-cost next-generation fuel cell system,” said Toshiaki Mikoshiba, president of Honda North America. This is still one major hold back facing fuel cell vehicles as one of Honda's main competitors in the hydrogen game, the Hyundai Tuscon, will cost upwards of $50,000. The FCX Clarity fuel cell is currently only available for leasing.

Fuel cell system manufacturing will take place in GM's battery pack production plant in Brownstown, Michigan. By both increasing and diversifying plant production, the move will bring around 100 new jobs to the facility, keeping GM's promise to President Donald Trump. The plant will supply both Honda and GM, housing manufacturing for the next-generation system. Production is set to begin in 2020, allowing for further development of the technology.

This will build upon Honda's already-major presence in the fuel cell segment. Their FCX Clarity has been the front-runner in the category for years, leading the way and setting the standard for hydrogen fueled autos. Although the FCX Clarity will be gaining a plug in hybrid and all electric variants this generation, the main focus remains on its fuel cell model. It's a niche market without many competitors, so that added fire power of GM will surely be welcomed.

The Honda and GM partnership could help jumpstart the popularity of fuel cell vehicles. With the market undergoing significant changes towards alternate fuels, it could serve a useful purpose to both manufacturers and customers by offering yet another option. Aside from that, it could also help raise average fuel economy for automakers as the EPA have already announced standards for 2025. It will surely be interesting to see how it all pans out under the new Trump administration.

Here is the official announcement from the two manufacturers in a video released by Honda.