While most big carmakers have some sort of a fuel cell project slowly developing behind closed doors, so far it is only Hyundai and Toyota who are putting the most chips on hydrogen regardless of the lack of supporting infrastructure worldwide. When it comes to the Mirai, Toyota's first-generation fuel cell production car may have pleased Pope Francis, but it's the 2021 second-generation unit that we can all get more excited about.

The new Mirai is much better looking than its predecessor and it also features a rear-drive layout with five seats, a 50:50 weight balance and a third hydrogen tank for a total of 400 miles of range. That milestone figure puts it on par with the 2020 Tesla Model S Long Range.

The 2021 eco-warrior will be faster too. Its fuel cell stack uses a solid polymer that's been made smaller with fewer cells (330 instead of 370), yet higher power density. The result is 171 horsepower with cold-weather start-ups now possible at as low as -22 degrees Fahrenheit. Built around Toyota's modular GA-L platform, the 2021 Mirai also features a stiffer chassis aided by a new multilink front and rear suspension, thicker anti-roll bars, relocated upper and low ball joints, and 19 and 20-inch wheels wrapped in 235 and 245-wide rubber.

With the three tanks now arranged in a “T” configuration low into the chassis, they can hold over 12 pounds of hydrogen without compromising load space. A driving range improvement of 30 percent allowed stronger, multi-layer tanks that are highly weight-efficient. Still, hydrogen accounts for only 6 percent of the combined weight of the system. The new architecture permitted Toyota to reposition the fuel cell unit from beneath the floor to the engine bay, while the battery pack and electric motor landed above the rear axle. This powertrain layout gives the rear-drive Mirai its optimal weight distribution.

Toyota has also moved the manifold, which incorporates a catalyst-type filter using an electric charge to capture microscopic particles of pollutants, including sulfur dioxide (SO2), nitrous oxides (NOx) and PM 2.5 particulates. Toyota says the system is effective in removing 90 to 100 percent of particles between 0 and 2.5 microns in diameter, meaning the Mirai is effectively cleaning the air as it drives along. The intake even contains a sound-absorbing material, while the exhaust uses a resin pipe to allow for a large amount of air and water to be discharged, and a larger-capacity silencer to keep the cabin quieter.

With the Mirai's complete air system being almost 30 percent smaller and 34.4 percent lighter than in the current generation, the powertrain's Fuel Cell DC-DC Converter also shows a 21 percent reduction in size, cutting weight a further 6.4 pounds. To achieve this Toyota is using a next-generation silicon carbide semiconductor material in the intelligent power model (IPM) transistors for the first time. Fewer transistors, yet an increase in output with lower power consumption made even more compact.

Finally, Toyota has ditched the current Mirai's nickel-metal hydride battery in exchange for a smaller and higher voltage lithium-ion pack. 84 cells rated at 310 volts provide more energy density and higher output. The overall weight of the battery pack has been reduced by five pounds.

Pointing at superior performance, improved architecture, and a roughly 20-percent price reduction, Toyota is targeting a "10-fold increase in sales" with the 2021 Mirai. Mind you, in 2019, Mirai sales in the United States topped at 1,502 units. Unsurprisingly, 2020 has been even slower for Toyota's hydrogen car, yet with the new model on the horizon, the company has every reason to hope for a better future. If anything, the 2021 Toyota Mirai is an impressive feast of technologies, now sending 171 zero-emission horses to the rear axle. 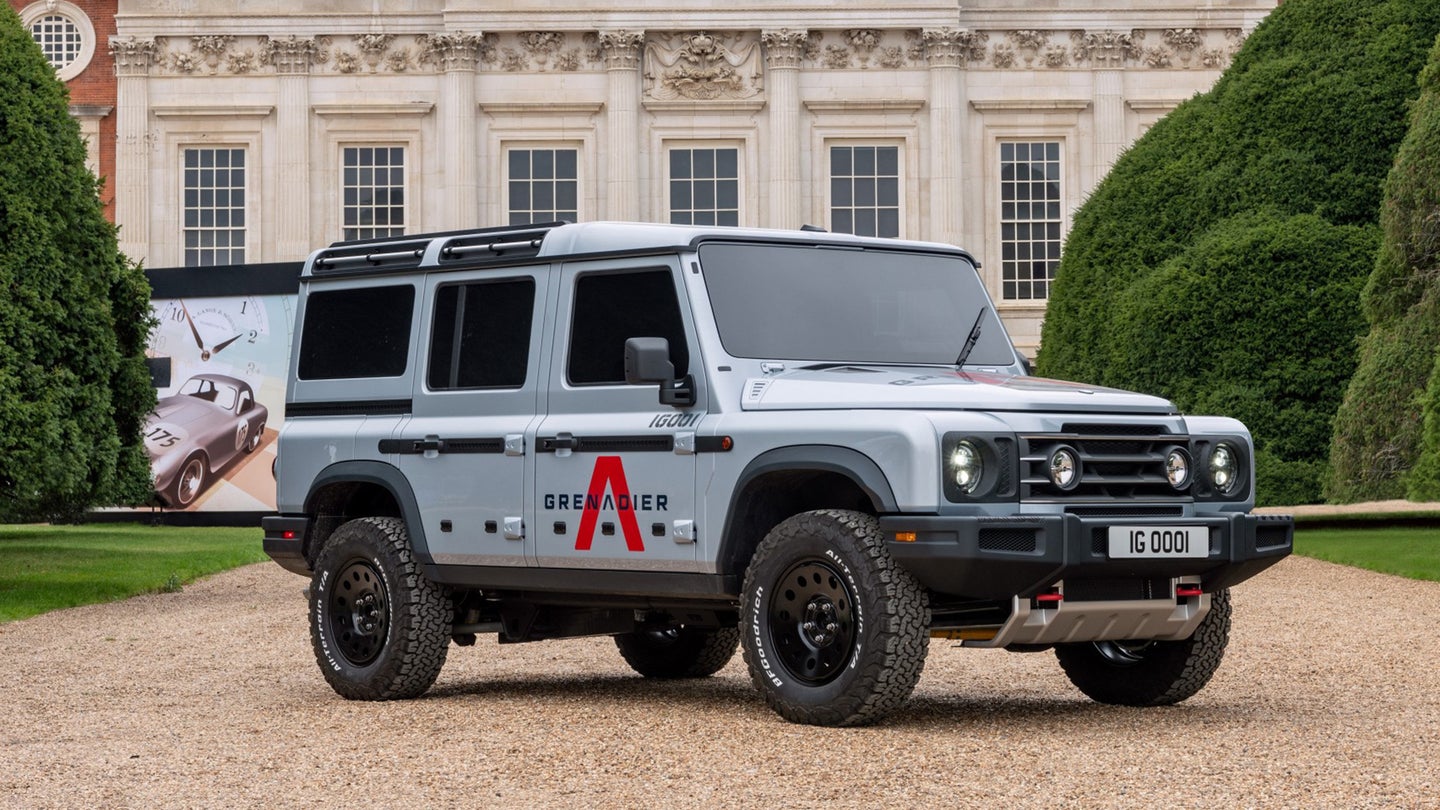 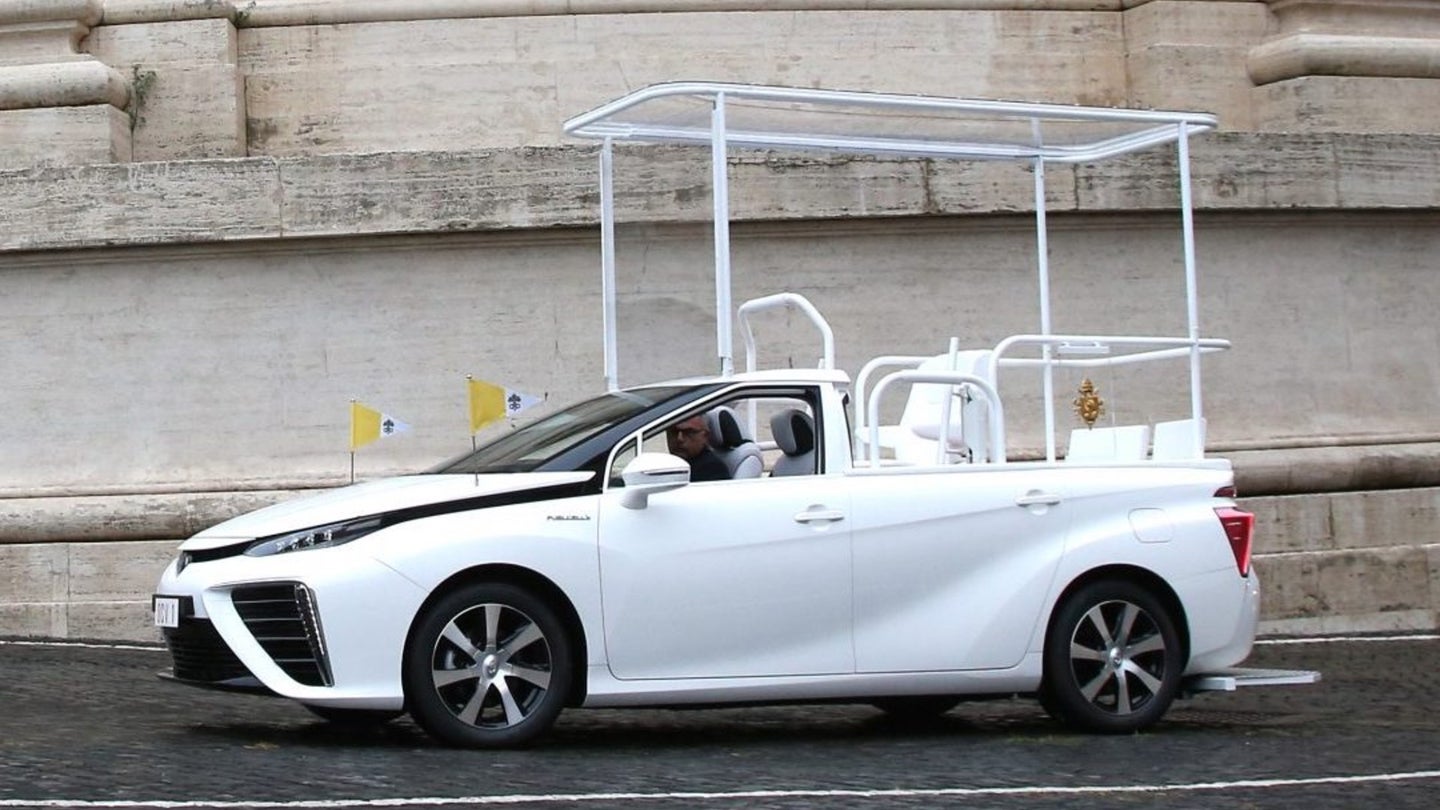 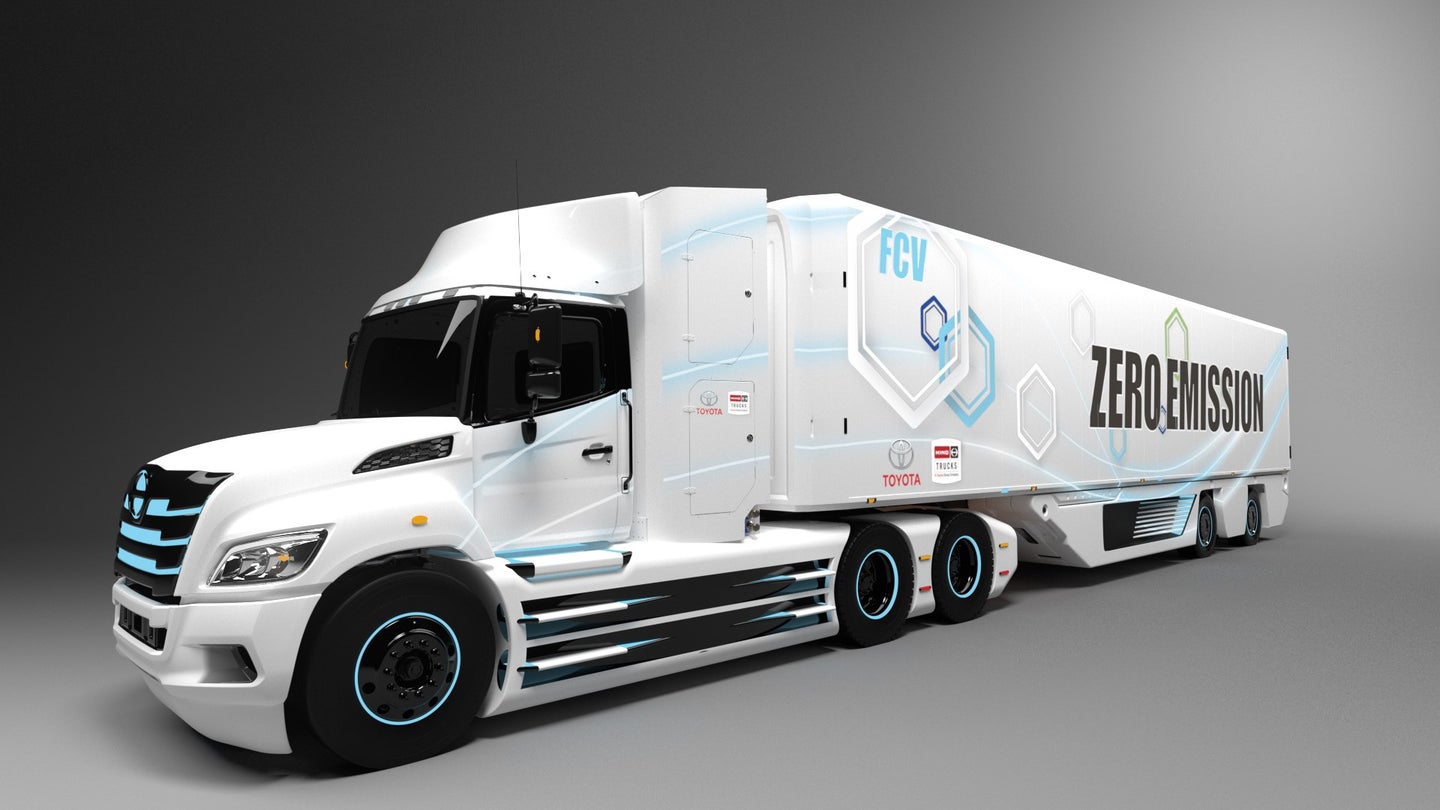 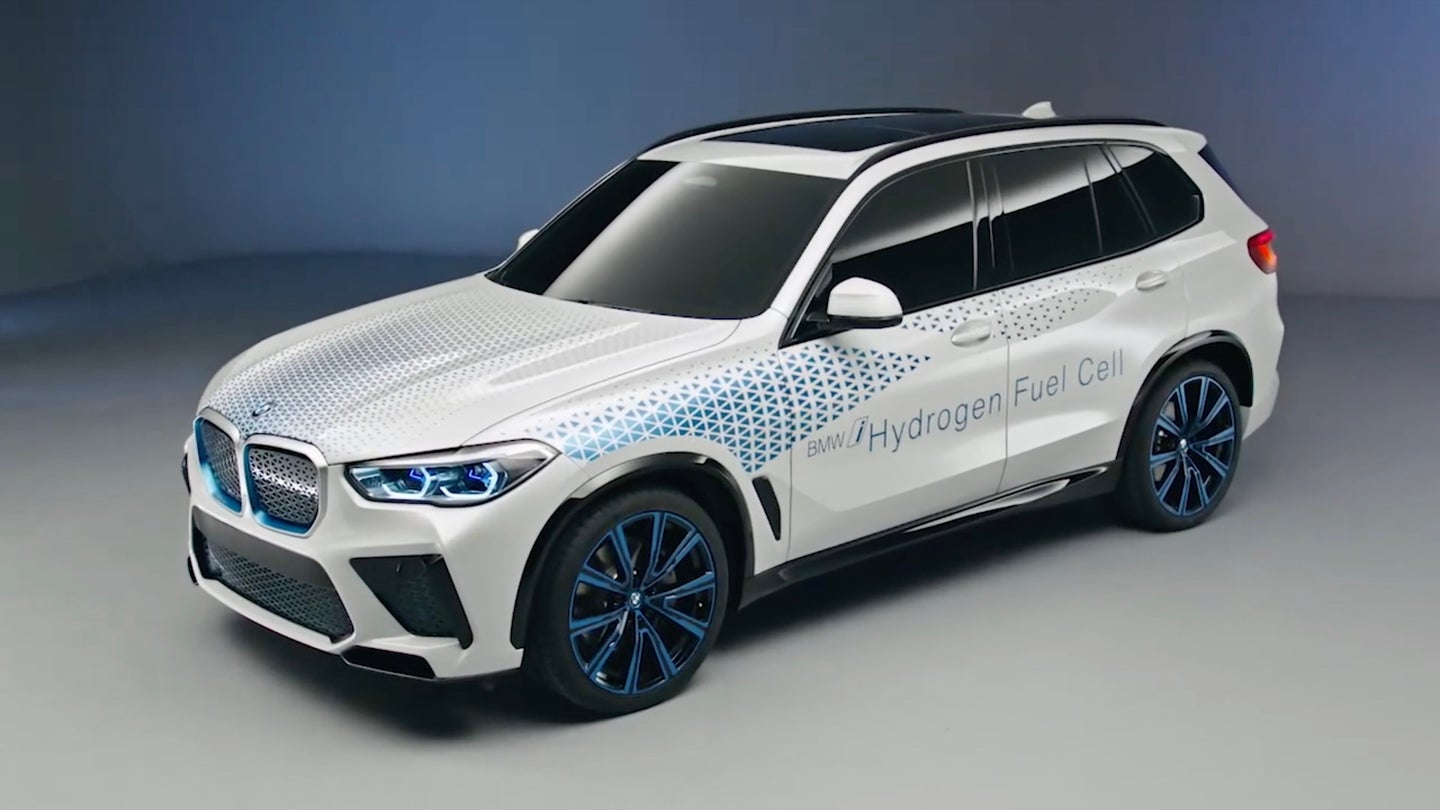 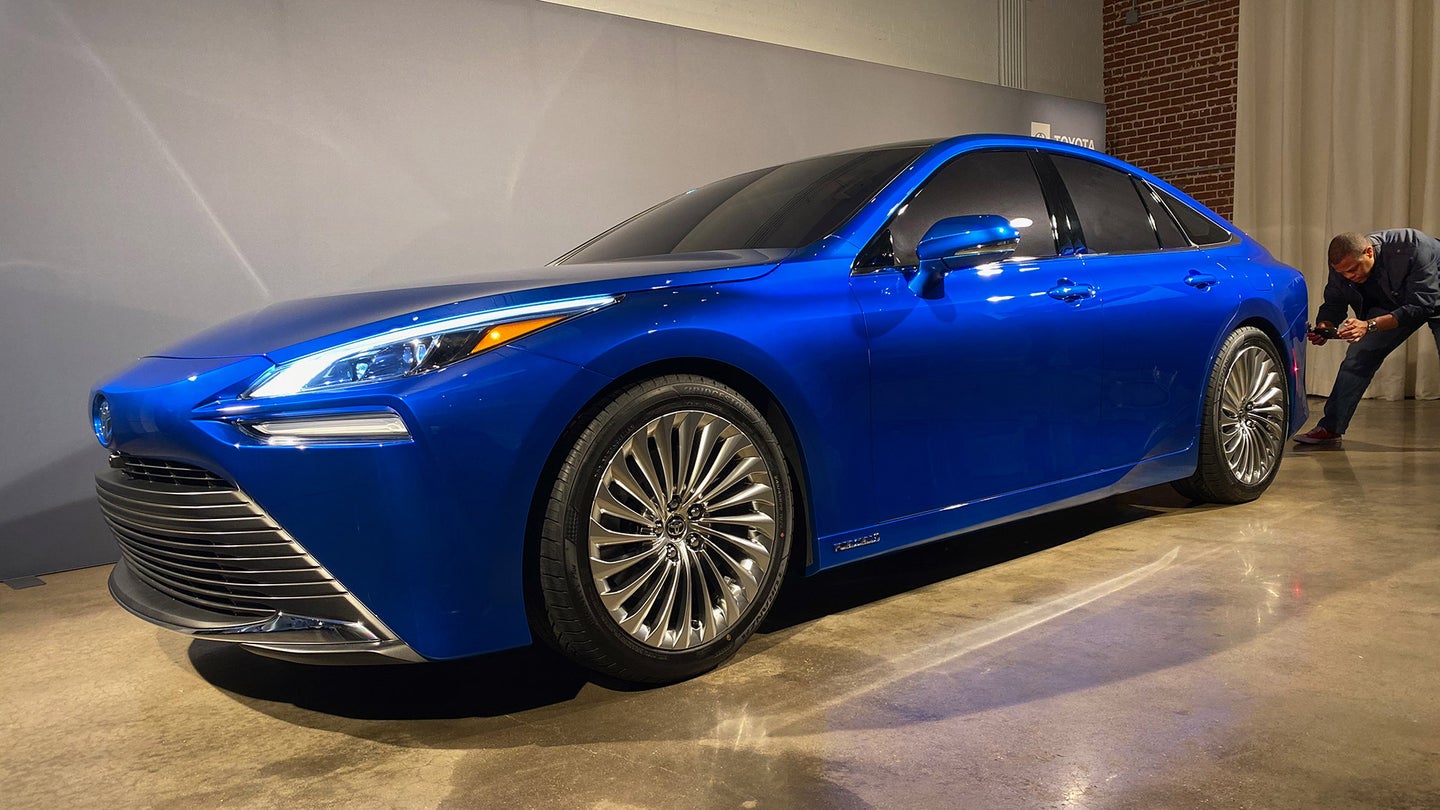