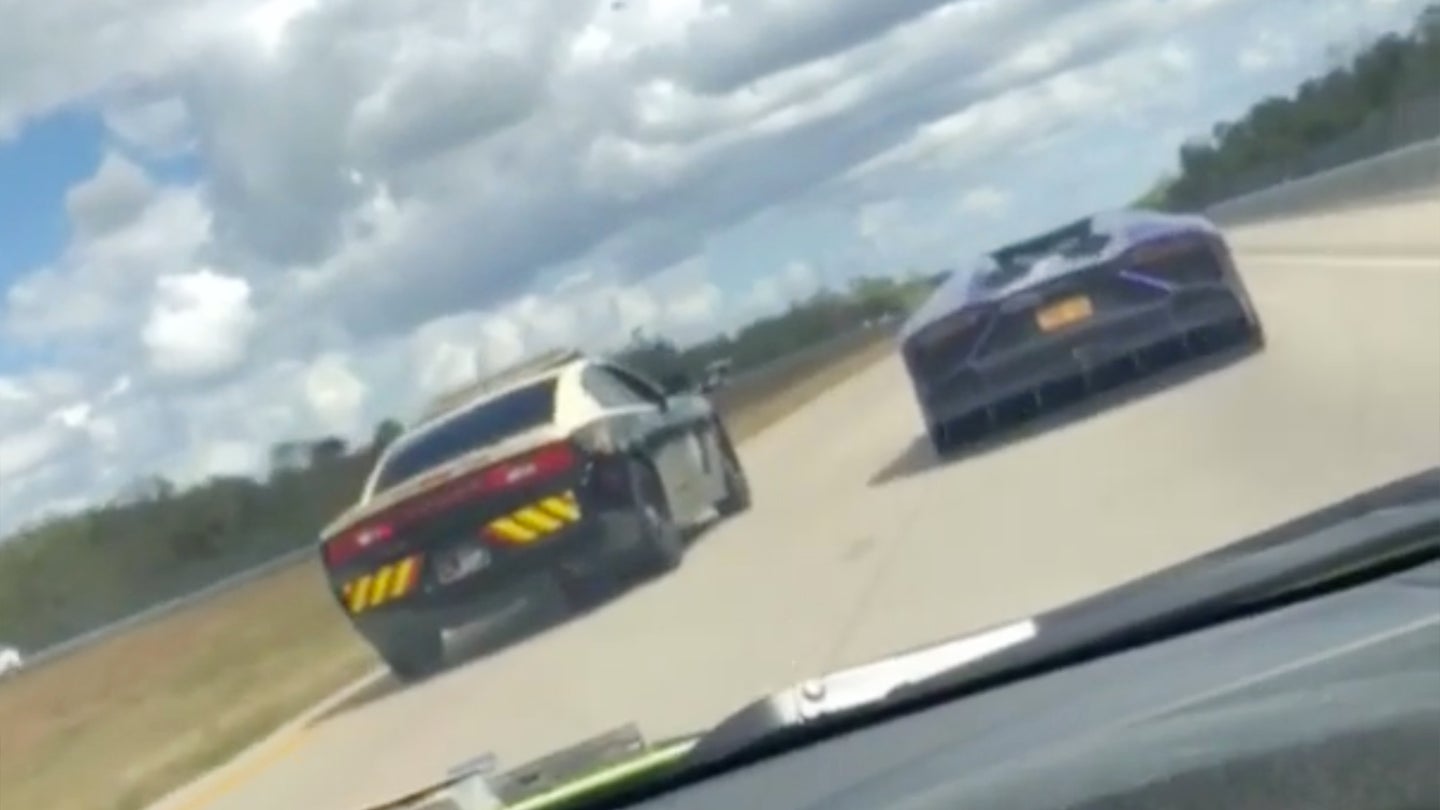 The Florida Highway Patrol is investigating after a state trooper was filmed racing—and losing to—a Lamborghini Aventador on a public highway in their standard-issue Dodge Charger Pursuit, according to NBC 2 News.

The clip first popped up on Instagram over the weekend and has since been viewed tens of thousands of times. Recorded from a third car, it shows the Lamborghini and the Charger lining up side by side on the highway for a rolling start in the middle of the day. The two blast off after a few seconds, accelerating well past the speed limit before the officer cedes and officially gives the win to the Lambo, not to mention a free pass on a speeding ticket.

Badge or no badge, it's hard for Florida Man (or anyone) to stay immune to the charms of a rear-wheel-drive, V8-powered sedan. In many ways, this video is the snowbird version of the one we highlighted last month showing a New York police officer ripping some donuts in an icy parking lot.

But unfortunately for both officers, the result is the same: An official inquiry. The account that originally uploaded the video on Instagram wrote that it was actually recorded three years ago, but the FHP still announced it had opened an "immediate" investigation into its origins.

"The trooper in question will be held accountable upon any finding of misconduct," Lt. Thomas Pikul told NBC 2.

For what it's worth, the officer and their Dodge Charger did a pretty good job keeping up with the Aventador for the first few seconds. That probably won't make it into the final report, though.

There’s a little pedal on the left that could have helped out with that.