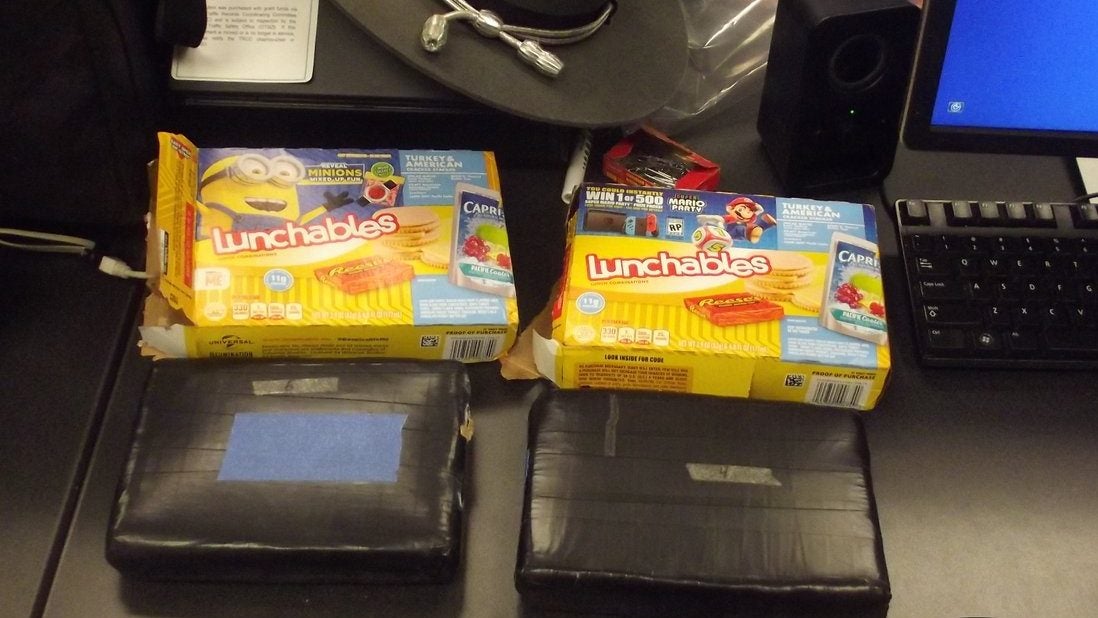 Two Florida men were recently arrested by the Ohio State Highway Patrol (OSHP) after a large quantity of cocaine was found in a rented Ford F-150 in their possession. Much to everyone's surprise, the illegal substance was stashed in Kraft Lunchables containers.

An OSHP report published Thursday detailed the arrest, which started when troopers spotted a rented 2018 Ford F-150 with Florida registration being driven in a dangerous manner on the Ohio Turnpike. The troopers noted excessive speed (the truck's alleged speed was not disclosed) and aggressive lane changes, prompting a traffic stop.

Noticing suspicious signs, the troopers ordered the vehicle's driver, 21-year-old Nelson Lopez III, to exit the vehicle, where he consented to a pat-down. Troopers relieved Lopez of a loaded .380 semiautomatic handgun (pictured below), and commenced a search of the vehicle on the basis of probable cause. There, the officers discovered a pair of suspiciously heavy boxes of Lunchables, which, when opened did not reveal trays of luncheon meat, crackers, and corn syrup. Instead, parcels of cocaine lined the packages, containing approximately four pounds between them, worth an estimated $84,000.

Troopers arrested Lopez and his passenger, 41-year-old Nelson Lopez Jr., both of Zephyrhills, Florida. Each Lopez was booked into the Wood County Jail and charged with possession and trafficking of cocaine, both of which are first-degree felonies. Maximum penalties could reach 22 years' imprisonment and $40,000 in fines.

Human or drug trafficking don't always take the form of a high-speed traffic stop or chase. Stories of methamphetamine being concealed in gas tanks garnered headlines on The Drive multiple times in 2018, with one incident involving a semi-truck carrying 1,262 pounds of the dissolved drug (worth $4.4 million) in its fuel tank.