That’s not great for mileage. 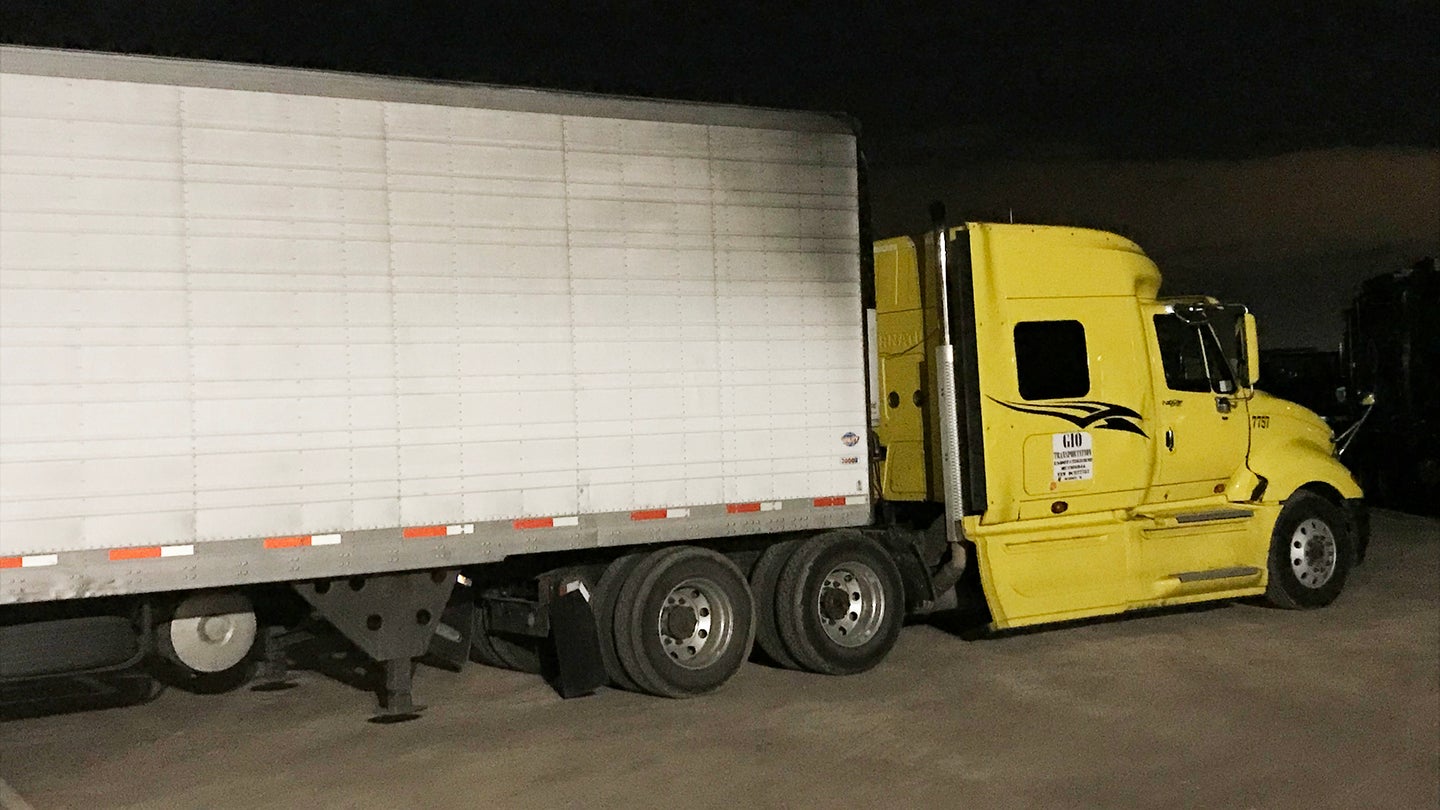 Authorities in Oklahoma announced one of the largest drug busts in state history last week after investigators found over 1,200 pounds of liquid methamphetamine worth $4.4 million in the fuel tank of a semi-truck, according to the Norman Police Department.

Police say that drug task force officers zeroed in on the tractor-trailer as it was parked outside a hotel in Norman last Monday before making the remarkable discovery. It's not clear what drew authorities to the truck in the first place, though one of the pictures in the release appears to show a trail of suspicious-looking white residue on the passenger-side fuel tank.

Upon closer examination, Norman Police found that the tank was in fact not full of diesel, but 1,262 pounds of liquid meth. At the risk of giving a free education in smuggling, crystal meth is sometimes dissolved in water to disguise it in transport; once it gets to its destination, the recipient boils off the water to recover the solid drug. Of course, the result here shows this seemingly-foolproof plan still has its own problems. It's also not great for mileage.

Officers arrested the truck's driver, 36-year-old Enrique Lara of Chicago, Illinois, along with his cousin and passenger, 21-year-old Jasmine Morales. Both have since been charged with possession with intent to distribute, according to KFOR News, and the scale of the bust means more charges are likely.

In May, police in Texas stopped a Honda Accord for a traffic violation and eventually discovered its fuel tank was packed with 71 pounds of solid meth worth around $2 million on the street.