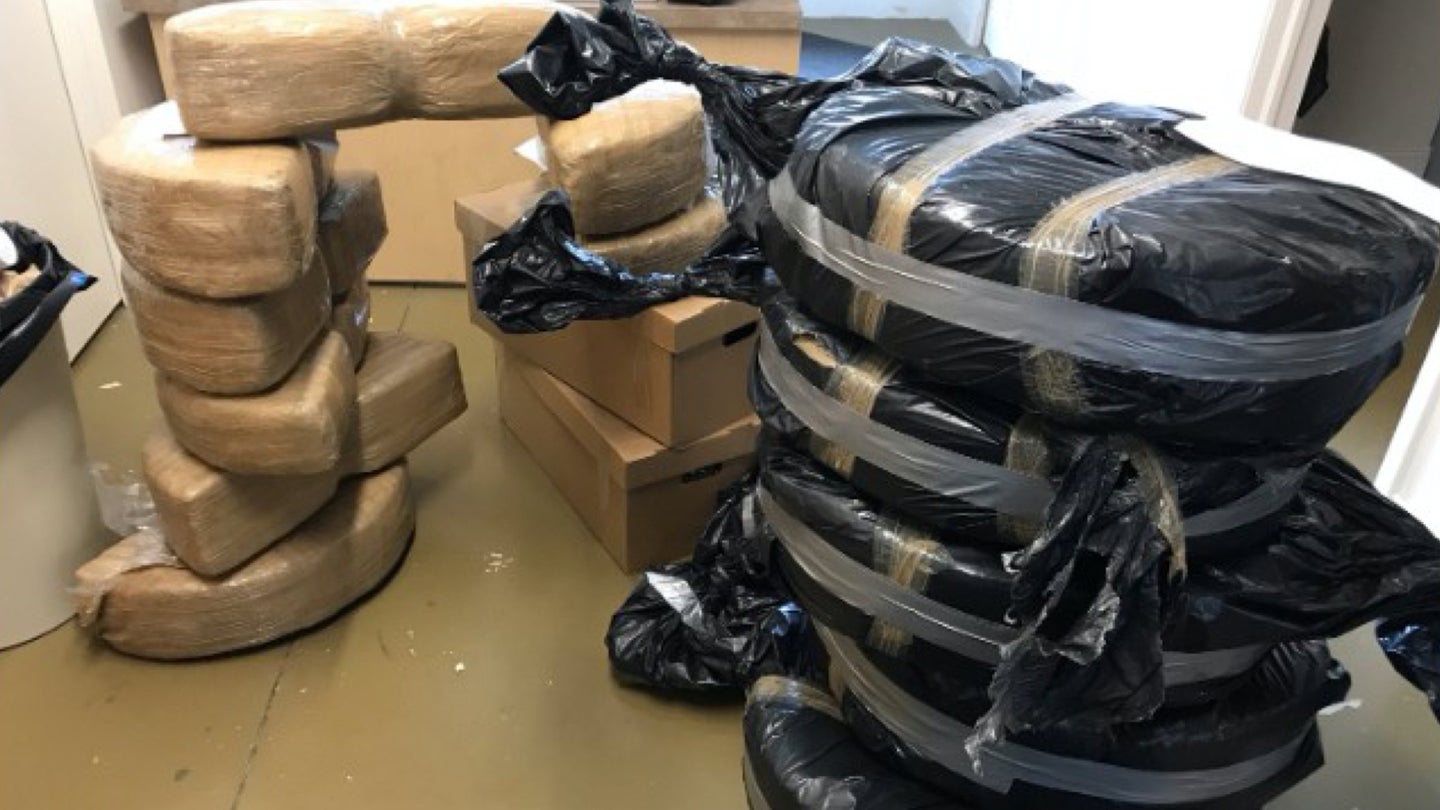 Someone, somewhere is missing a whole lot of pot. Authorities in Ohio and Pennsylvania are investigating how $1 million worth of marijuana ended up packed in the spare tire compartments of 15 brand new Ford Fusions shipped to dealerships in those two states from the company's assembly plant in Hermosillo, Sonora, Mexico. Sound familiar?

This latest smuggling plot involving Ford's midsize sedan was uncovered last week by employees at a dealership in Warren, Ohio, who found a wheel-shaped bundle of weed in place of a Fusion's spare tire during a routine new vehicle inspection. The Portage County Drug Task Force investigated and traced the shipment to a CSX rail yard, where they discovered more vehicles equipped with the definitely-not-OEM option, according to the Tribune Chronicle.

Further reports from other area dealerships brought the total up to 15 ganja-laced cars in Ohio and Pennsylvania, carrying a combined total of approximately 480 pounds of weed worth $1 million, DEA agent Silverio Balzano told CNN. They were all manufactured at the Sonora plant and shipped in the same rail car across the border in Arizona on their way to Ohio, but authorities aren't sure yet where the drugs made their way into the shipping chain.

Of course, this exact same scheme has popped up before. Earlier this year, authorities in Minnesota found the same marijuana donuts in a batch of Ford Fusions and Lincoln MKZs from the same plant—three of which were already on the Enterprise rental car lot at the Minneapolis-St. Paul Airport, just waiting for some bored business traveler to make the discovery of a lifetime. Another had been purchased by an 86-year-old grandfather.

Both Ford and CSX issued statements pledging to support the investigation, though Ford also claimed it "confirmed" that the smuggling ring did not originate at its own facilities. It might want to double check, as we're sure the DEA will; these surprise deliveries reportedly occur when someone slips up and doesn't intercept the shipment on the U.S. side of the border, and the fact that it's happened multiple times suggests there might be a whole lot more getting by unnoticed.

Though the law is intended to thwart drug smuggling, car owners could be found guilty even if no drugs are on board.