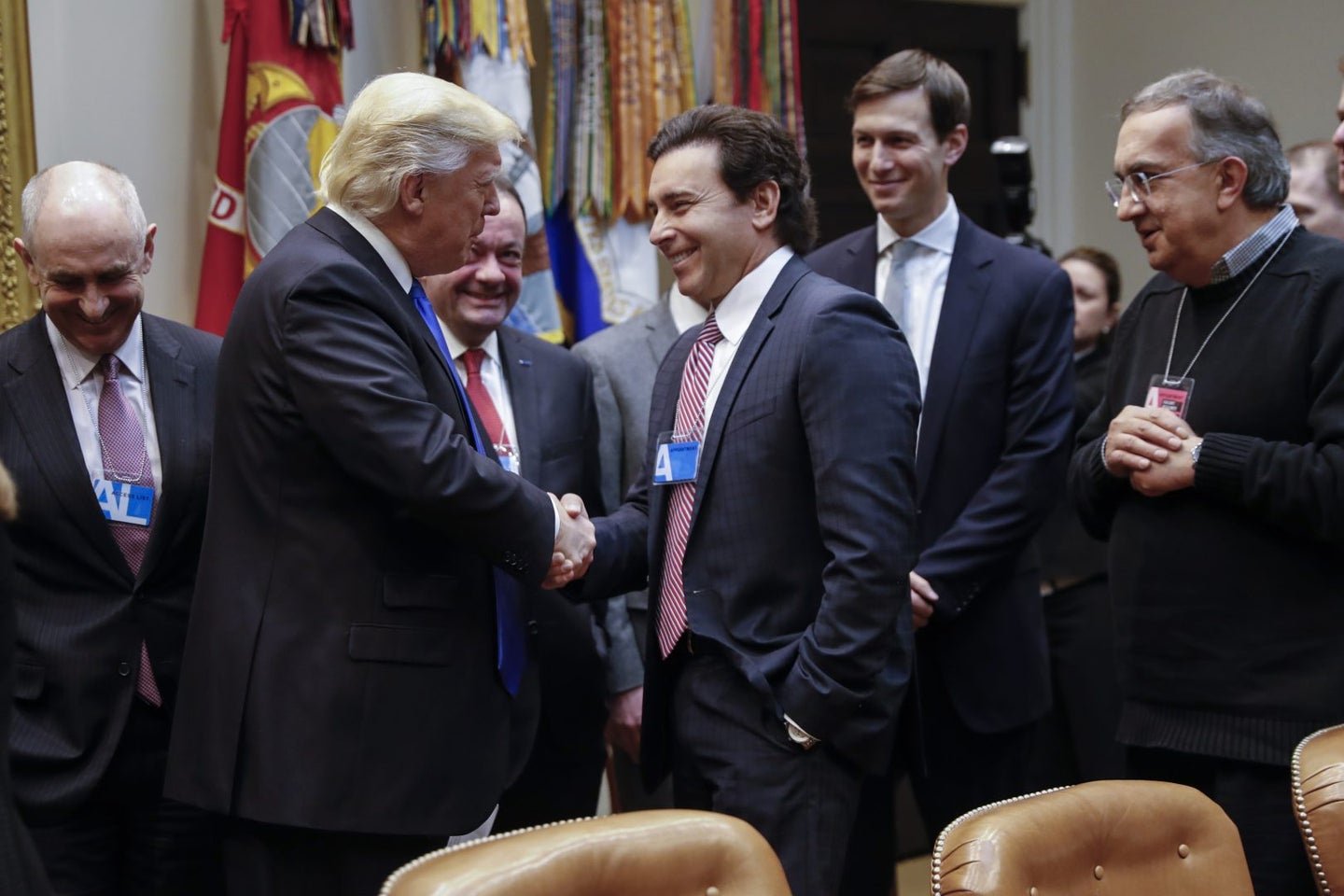 Ford CEO Mark Fields told President Trump that 1 million jobs are at risk if the U.S. doesn't align its fuel-economy regulations with market reality, according to statements Fields made recently at the National Automobile Dealers Association conference in New Orleans. Fields's remarks came after Tuesday's White House meeting between Trump and the heads of Detroit's Big Three automakers—Mary Barra, of General Motors, Sergio Marchionne, of Fiat-Chrysler, and Ford's Fields. The CEO's remarks are the most detailed account of the conversation between the President and the business leaders during their closed-door meeting.

According to Bloomberg, Fields, speaking to NADA attendees, said "having one national standard on fuel economy is really important" and the jobs "could be at risk if we're not given some flexibility on that—aligning it to market reality." While Fields mentioned studies backing up that claim, Bloomberg notes the CEO did not specify what those studies were during his remarks. Fields added that the message "really resonated" with Trump.

Given the current Administration's focus on domestic manufacturing, the Big Three are pushing for regulatory help to boost profits. Following a series of meetings with Trump in the beginning of the week, including a jobs-focused discussion that included Fields and Tesla CEO Elon Musk on Monday, Fields publicly stated that the automaker has "the appropriate amount of assembly plants here in the U.S."; according to Automotive News, the company recently took a $200 million dollar hit after pressure from the Trump Administration caused the Blue Oval to cancel a small-car plant in San Luis Potosi, Mexico.