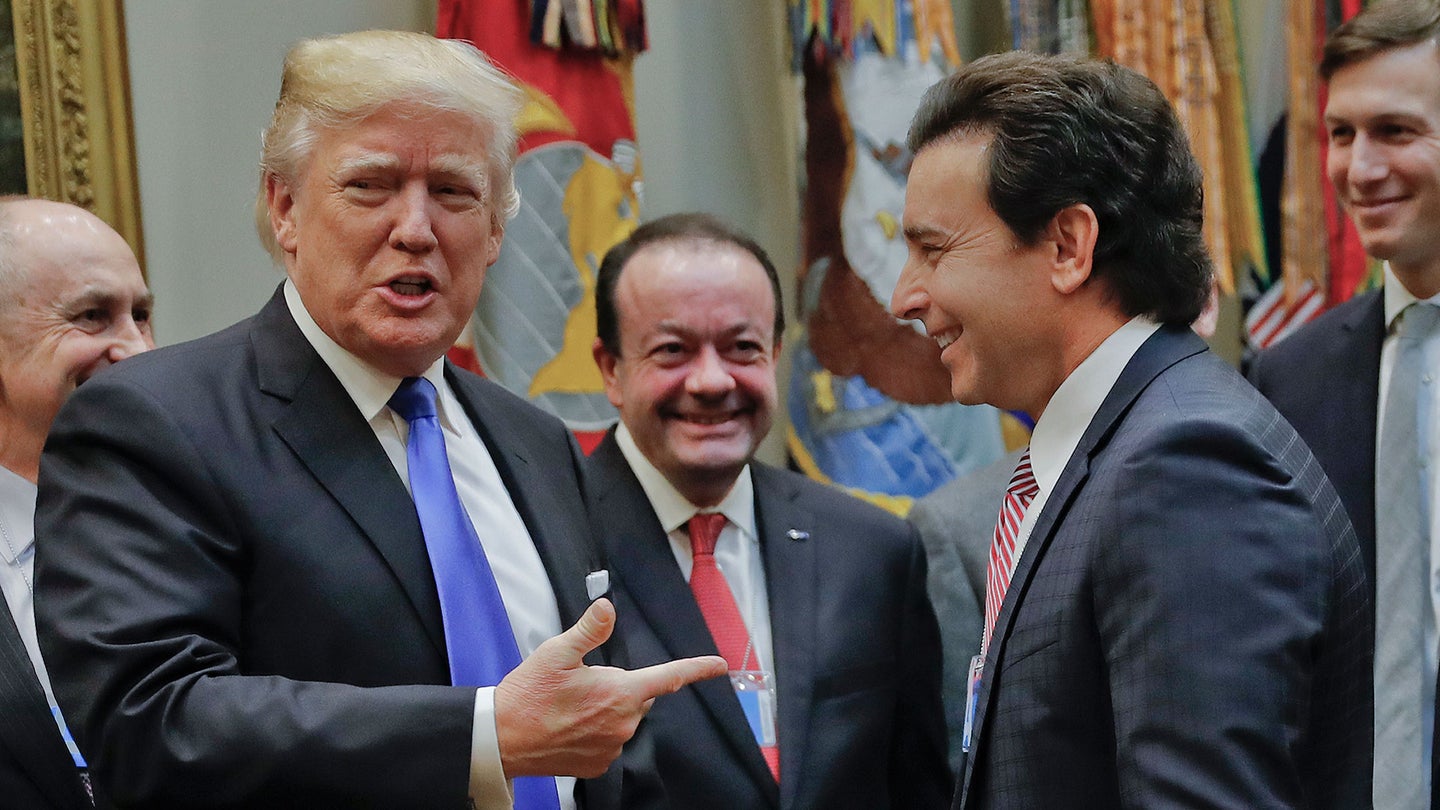 Ford CEO Mark Fields and President Donald Trump chatted about self-driving cars during last week's presidential breakfast summit with the leaders of Detroit's Big Three automakers. And according to the Ford boss, Trump was interested in digging into the topic of autonomy.

"This is one where he [Trump] wanted to learn," Fields told Business Insider, adding that self-driving cars were discussed "for quite some time."

Fields told BI that Trump wanted to find out about both what autonomous technology was capable of, and what economic advantages they could bring.

All three of the Big Three automakers are currently working on autonomous vehicle programs of one sort or another; Ford's efforts, however, rank among the more ambitious in the industry, as the company has said it will release a Level 5 autonomous vehicle by 2021.

Of course, Fields's friendly chat with Trump was last week—which in today's political climate might as well have been years ago. Since then, the CEO has spoken out forcefully against the White House's widely-controversial travel ban that blocks some immigrants and all refugees from entering the country, decrying it both in an interview and in an official statement.

Fields, of course, may be one of the few auto execs to have met with Trump multiple times since he came into office, but he's hardly the only one who's spoken with him. Tesla CEO Elon Musk, who met with Trump last week as well, reportedly pushed Trump for a carbon tax...to no avail.