Trump and Rex Tillerson need Musk and Tesla as much as he needs them. 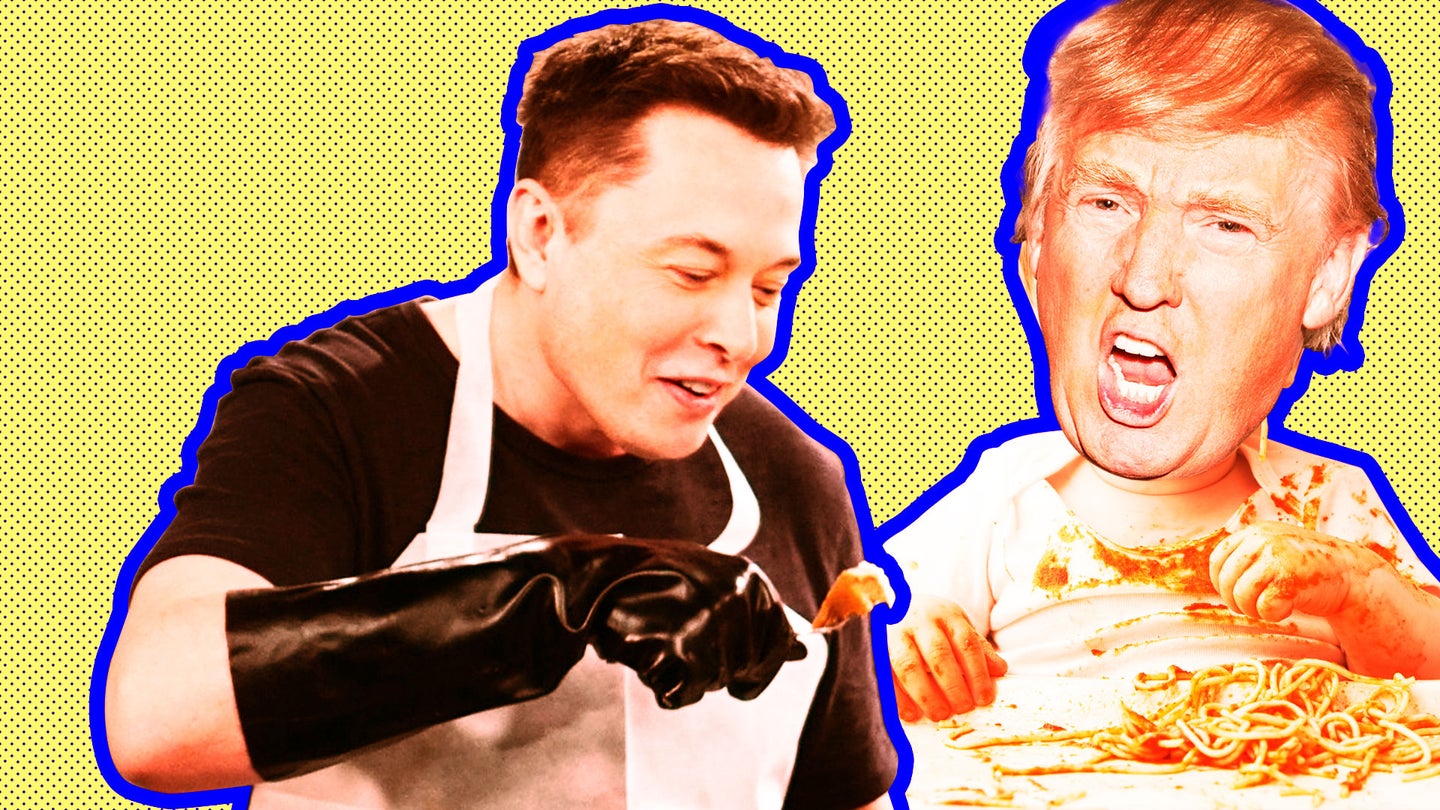 In my mind, it went down like this: Elon Musk walked into a room with Donald Trump and Rex Tillerson, and realized that he was the smartest man in it. He quickly determined that he could outmaneuver these comparatively mental lightweights to get them to do what he wants, and a carbon tax is what he wants.

A carbon tax would do for Tesla what regulations, tax credits, EPA, CARB, and fines haven't: put pressure on auto manufacturers to create electric and other zero-emissions vehicles. It has the dual benefit of reducing CO2 in the atmosphere and makes fossil-fuel powered vehicles more expensive for manufacturers to build and consumers to buy. Tillerson has historically supported at carbon tax, and this is likely one—if not the only—reason that Musk voiced his support of the former chairman and CEO of ExxonMobil's nomination on Twitter Tuesday afternoon.

Bloomberg reported that Musk floated the idea of a carbon tax at a meeting on Monday with manufacturers, but apparently was not met with a tepid reception. That's actually no big deal--he has a solid track record of getting what he wants, despite opposition and obstacles. A carbon tax will be no different. To get there, he just needs to play a little ball.

With Musk's support and vote of confidence, Tillerson's image gets greenwashed. If the CEO known for his commitment to slowing climate change backs the former oil man, he can't be all bad for the country, right?

In Tillerson, Musk may see an ally and access to Trump. With a climate change denier proposed as the head of the EPA, the Secretary of State could be his best chance at forcing a carbon tax measure down the throats of reluctant politicians and executives. Trump? He will realize that whatever which way Musk blows, the public will bend. As long as his approval ratings go up, he'll likely do whatever Musk wants.

It's not that Musk will be a puppet master (that job was already taken), but rather his star power can sway Trump. Aligning himself with companies like Tesla and SpaceX could boost the newly elected President's image. If Musk can make electric cars sexy, maybe by association he can make Trump palatable for the next four years.

And as the most American of domestic auto manufacturers, what's good for Tesla is good for country.

The tech magnate aims to kickstart an underground movement in Los Angeles. Someone alert the A-Team.