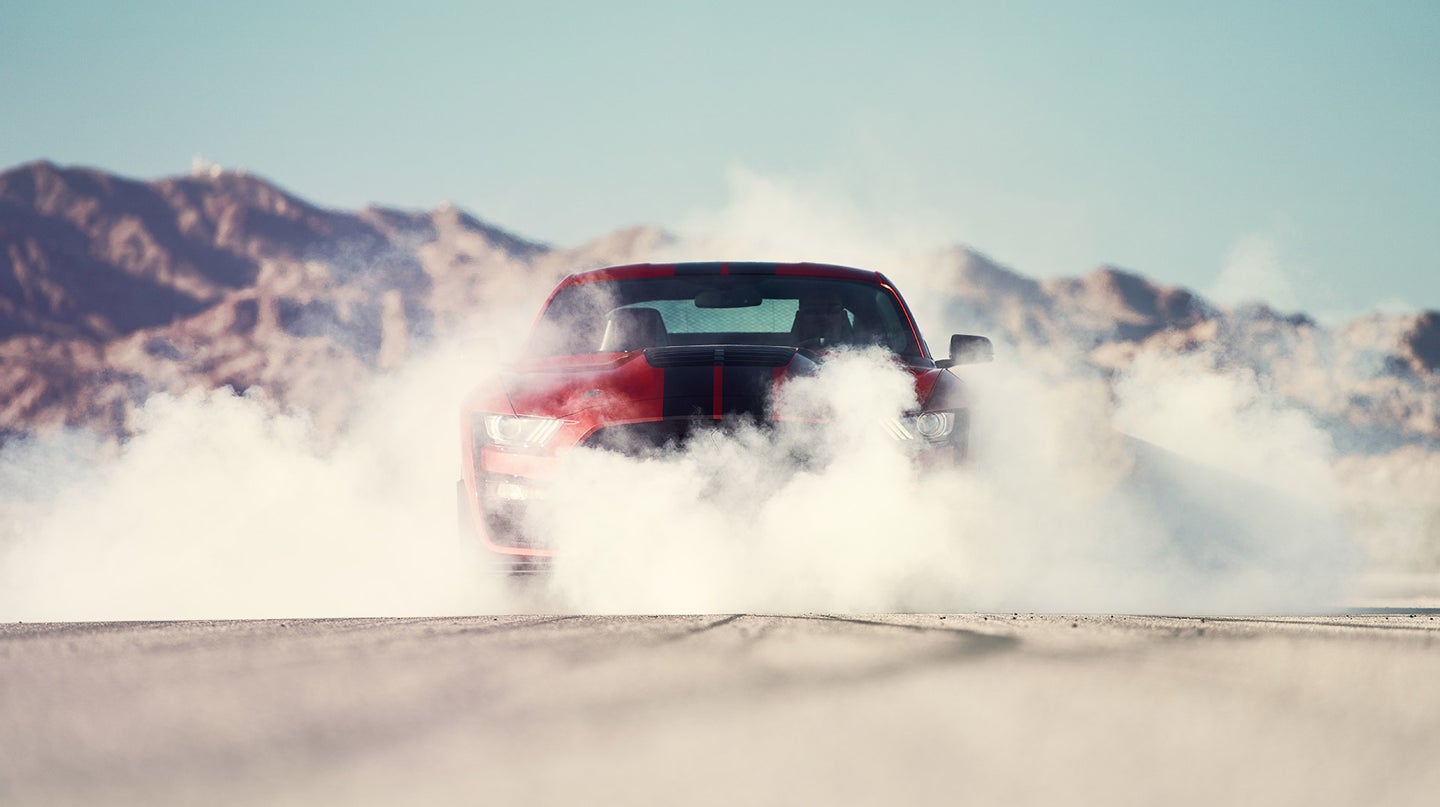 At this year's Detroit Auto show, the Blue Oval pulled the covers off of the most powerful Ford ever produced: the Mustang Shelby GT500. Today, Ford confirmed that its new pony car will have a supercharged 5.2-liter V8 and make a crap-ton of horsepower and torque. Literally.

Official numbers from Ford state that the GT500 will produce an incredible 760 horsepower and 625 pound-feet of torque. While it's not the most powerful car on sale, Ford does boast that the GT500 makes "the most power- and torque-dense supercharged production V8 engine in the world."

The folks at Dearborn are so proud of this accomplishment that their brief press release simply read: "Enough said."

If you've been living under a rock, Ford will have the 2020 Shelby GT500 on sale at the same time as the GT350 for the first time since the 1960s. While the GT350 is a manual-only affair, the GT500 will only be available with Ford's fast-shifting dual-clutch automatic. On a track, the GT350 is a great sports car, but for those who want to say they own the most powerful street-legal Mustang ever produced by Ford, the GT500 is sure to deliver.

Also, unlike the last-gen GT500, which had 662 horsepower and a top speed of over 200 miles per hour, the new GT500 has the aero and tech to make it a monster when the road gets curvy. We won't know how good it is until we drive it later this year, but with how good the current Mustang is in normal and Shelby trims, it likely won't disappoint.

The Shelby GT500 will be built alongside the GT350 and the rest of the Mustang lineup at Ford's Flat Rock plant in Flat Rock, Michigan. Pricing hasn't been released but should be affordable compared to the cars it'll compete against in terms of performance.