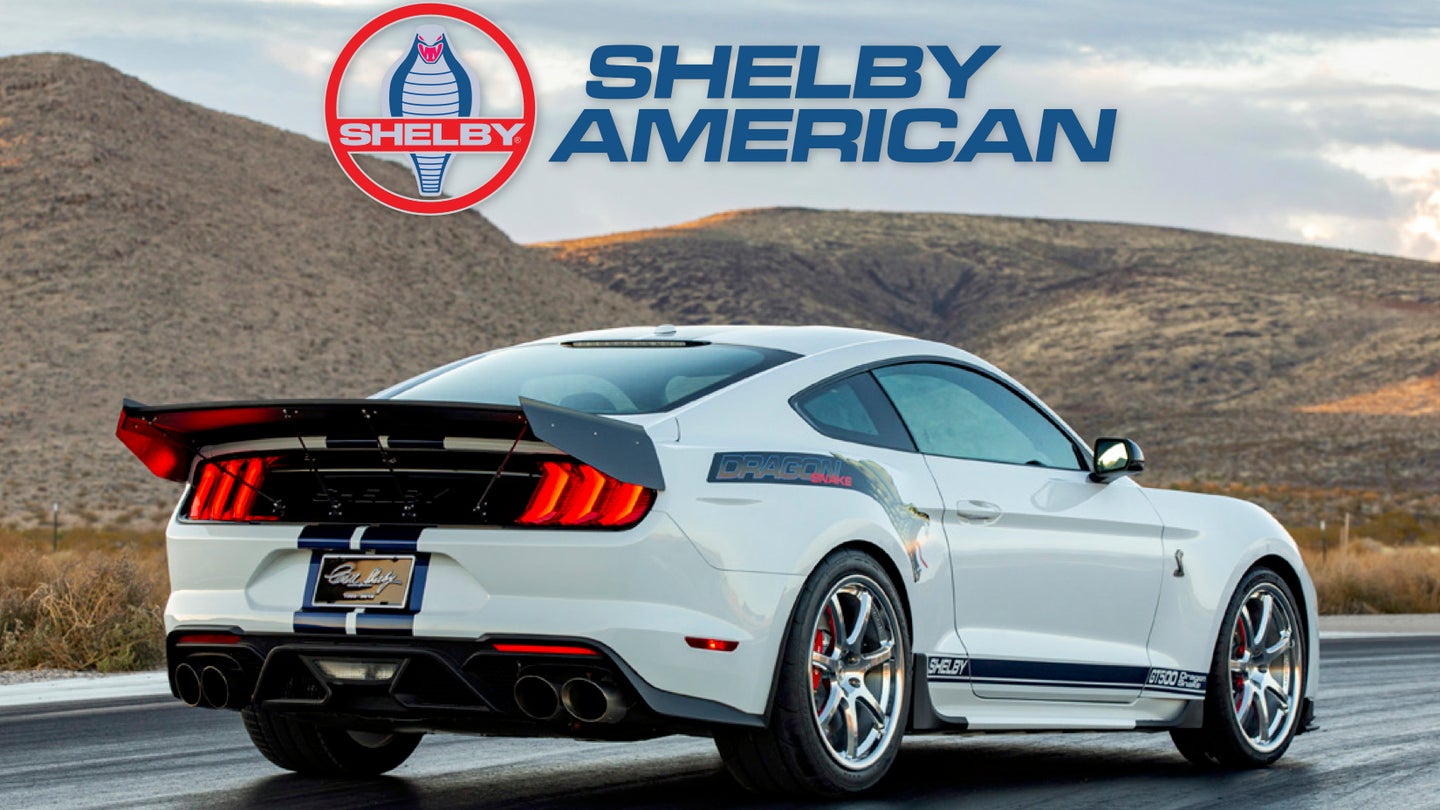 Even the most fervent of Ford fanatics can admit that it's sometimes hard watching Dodge get all the attention in the muscle car space for its grandiose, comic book-tier model names. Super Bee, Daytona, Demon. Fords are rarely shipped with names as evocative, and when they are, their connotations aren't always positive. Fortunately, Shelby American is here to help Ford fight this battle, with a drag-oriented Mustang Shelby GT500 concept called the Dragon Snake.

The Dragon Snake is a callback to a rare, drag racing-ready Shelby Cobra of the same name, of which only six were built. Just one Mustang GT500 Dragon Snake exists so far, but a Shelby American spokesperson told The Drive that the company is "gauging interest for possible production," so if you've got cash set aside for a monster Mustang, keep reading to find out what Shelby American has done to it and whether it's worth your acorns.

Like its namesake, the GT500 Dragon Snake is built to go as fast in a straight line as possible while maintaining a warranty and street-legal status. That means it still has its full, 50 state-compliant emissions system and road-legal tires around its forged aluminum wheels, but that doesn't mean it'll disappoint at the drag strip. No, it has upgraded axles for a good reason, that one being its 5.2-liter V8, whose supercharger has been upgraded to bring the engine beyond the 800-horsepower mark.

Helping to put that power down is Ford's MagneRide magnetic shock system, rebalanced for straight-line performance with custom Shelby springs and sway bars front and rear. Shelby's considering a widebody variant that could presumably give the Dragon Snake even wider tires, meaning a still-harder launch, one terrifying enough to make you ruin the car's specially upholstered leather interior. Whatever you do, keep those body fluids—emitted voluntarily or otherwise—away from the focal point of the Dragon Snake's interior: The slightly tacky but signature Shelby serial plaque.

"The 2020 Shelby GT500 is truly amazing in stock configuration, but we wanted to explore its pure acceleration capabilities," said Shelby American's Vice President of Operations and Chief of R&D, Vince LaViolette. "So we worked closely with Ford Performance and other partners to create the ultimate 'weapon of track destruction' in the quarter-mile."

While it's hard to tell without driving it, we doubt the Dragon Snake is as surprisingly tame as Its standard Shelby GT500 brethren.