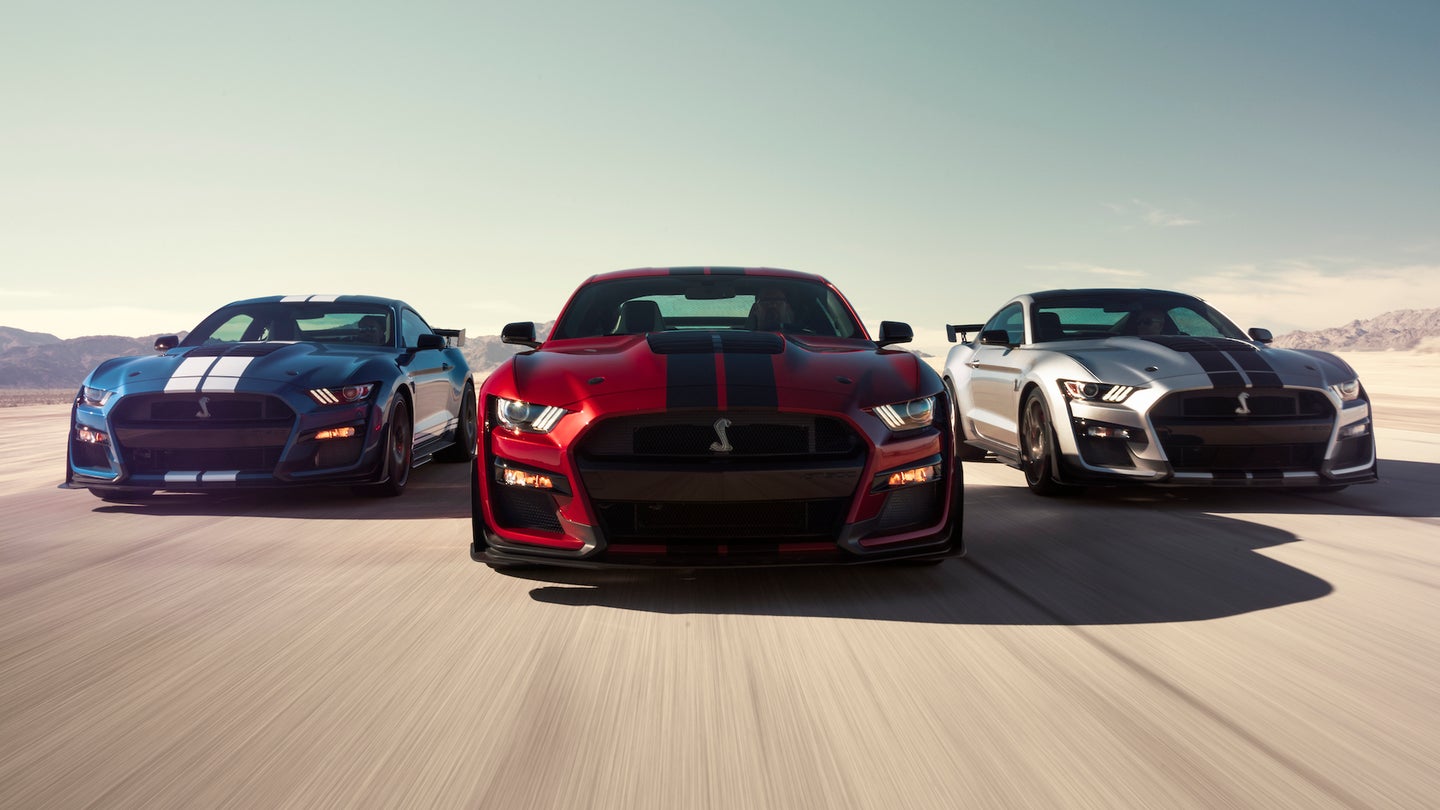 Order forms for the 2020 Ford Mustang Shelby GT500 have leaked online and we now know that the 760-horsepower behemoth will be priced from $73,995. That price includes both destination fees and the infamous gas-guzzler tax.

Ford has confirmed these figures as accurate to The Drive after they originally surfaced on the enthusiast forum Mustang6G. Along with pricing information, features like an available Carbon Fiber Track Package ($18,500) were revealed in the exposed documents, as were the familiar Technology ($3,000) and Handling ($1,500) Packages. This confirms the Shelby GT500 will have options similar to its track-focused GT350 brethren, including sought-after tidbits like super lightweight 19-inch carbon fiber wheels.

Ford's special line-lock feature will also be available on the Shelby GT500—as if it needed any help shredding its gargantuan rear tires. The car's 635 pound-feet of torque sourced from a supercharged 5.2-liter V8 tends to make traction hard to come by off the line, though, so it's a good fit in this case.

As has been previously confirmed, the 2020 Shelby GT500 will come exclusively with a seven-speed dual clutch transmission, ditching the manual altogether for this generation. However, Ford promises this gearbox to be ultra-quick, which is certainly an advantage in the uber-competitive world of drag racing. Paired with trick engine management, it'd be no surprise to see this—the hottest 'Stang of them all—achieve a low 11-second quarter-mile time. Its top speed, per Ford, will be limited to 180 miles per hour.

For reference, the Shelby GT500's starting price of $73,995 puts it rather close to the Dodge Challenger Hellcat Redeye and a good amount above the Shelby GT350 at $61,535.

The Drive has reached out to Ford for comment and will update this article with the company's response.