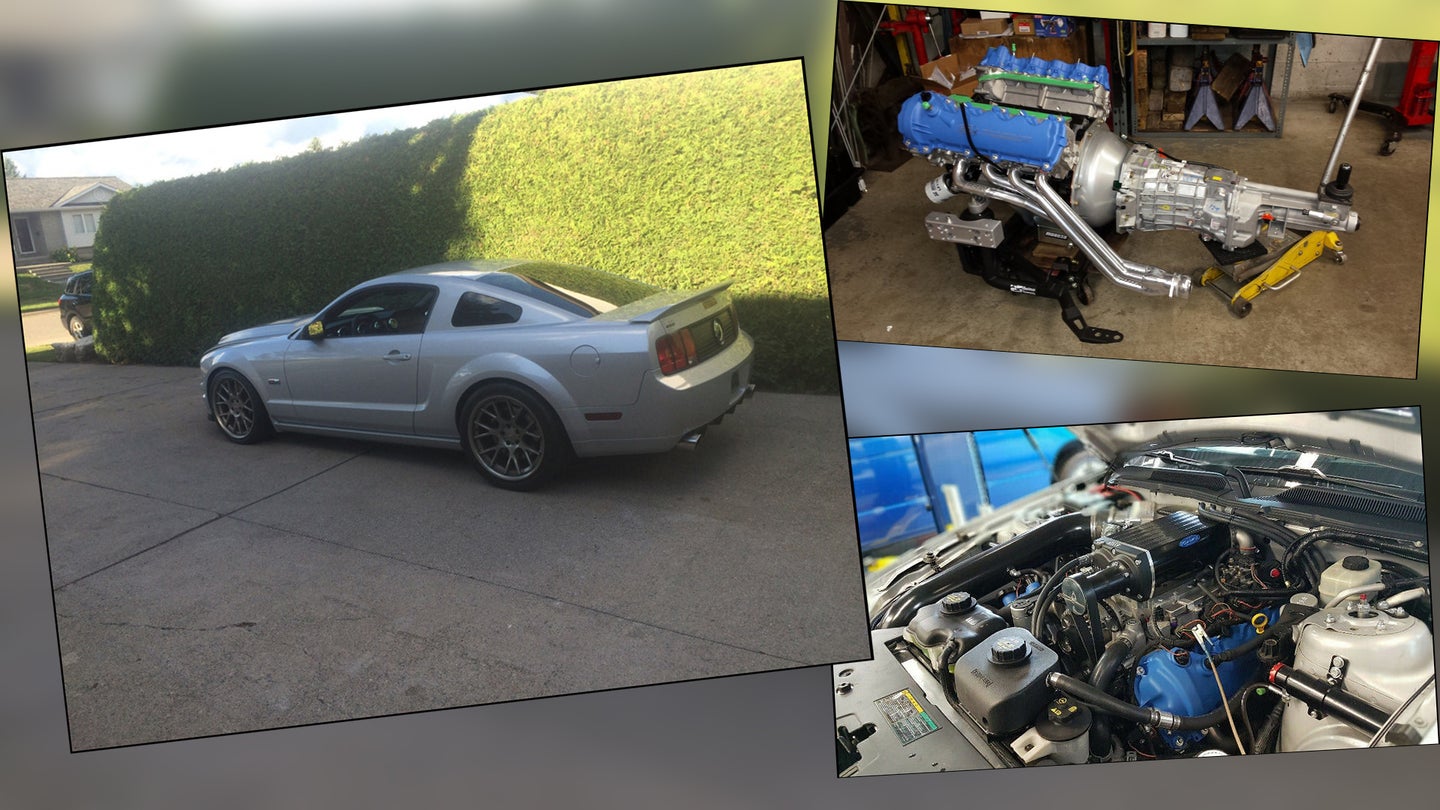 Owning a car typically involves a delicate balance of risk assessment that leverages time and cost to output and value, causing one to often pop the question, “Is it really worth it?” There are many examples, however, that go beyond this assessment where cost might be no object for specific reasons. That said, we don’t know where the Canadian selling this 2005 Ford Mustang GT with nearly $100,000 CAD ($75,280 USD) invested in it fits.

Up for sale on Kijiji, or Canada’s own version of Craigslist, is an early S197-generation Mustang GT whose owner claims to have invested far more than what the car’s professional insurance appraisal value is worth. It’s listed for $45,000 CAD (roughly $33,876 USD) and supposedly makes 631 wheel horsepower.

The seller goes into detail as to what's exactly been done to the car, including a Beatty & Woods-built 5.0-liter, three-valve V8. Other mods such as completely forged internals, a 3.2-liter Mammoth supercharger, a T56 Magnum XL six-speed manual, and more also make the list of highlights.

Track-tuned aftermarket suspension has been added to the car, as have Vossen CV2 staggered 20-inch wheels, a Ford Racing “big brake” kit, and even interior upgrades featuring a rear-seat delete and new Recaro front seats.

While 631 wheel horsepower is certainly impressive, it seems like the seller could've gotten more for their money considering many modern muscle cars can eclipse the four-digit horsepower mark with such hefty investment. However, the listing says this output rating is “less than accurate” as the tires were “smoking" on the dyno.

It all looks and sounds like a well-built Mustang, but for that kind of money invested, you’d expect it to churn out more horsepower than a bone-stock 2020 Shelby GT500, which costs about the same or even a little less at $73,995.