Carroll Shelby created this car as a tribute to the famous “Green Hornet” prototype that helped develop the ’67 GT500. 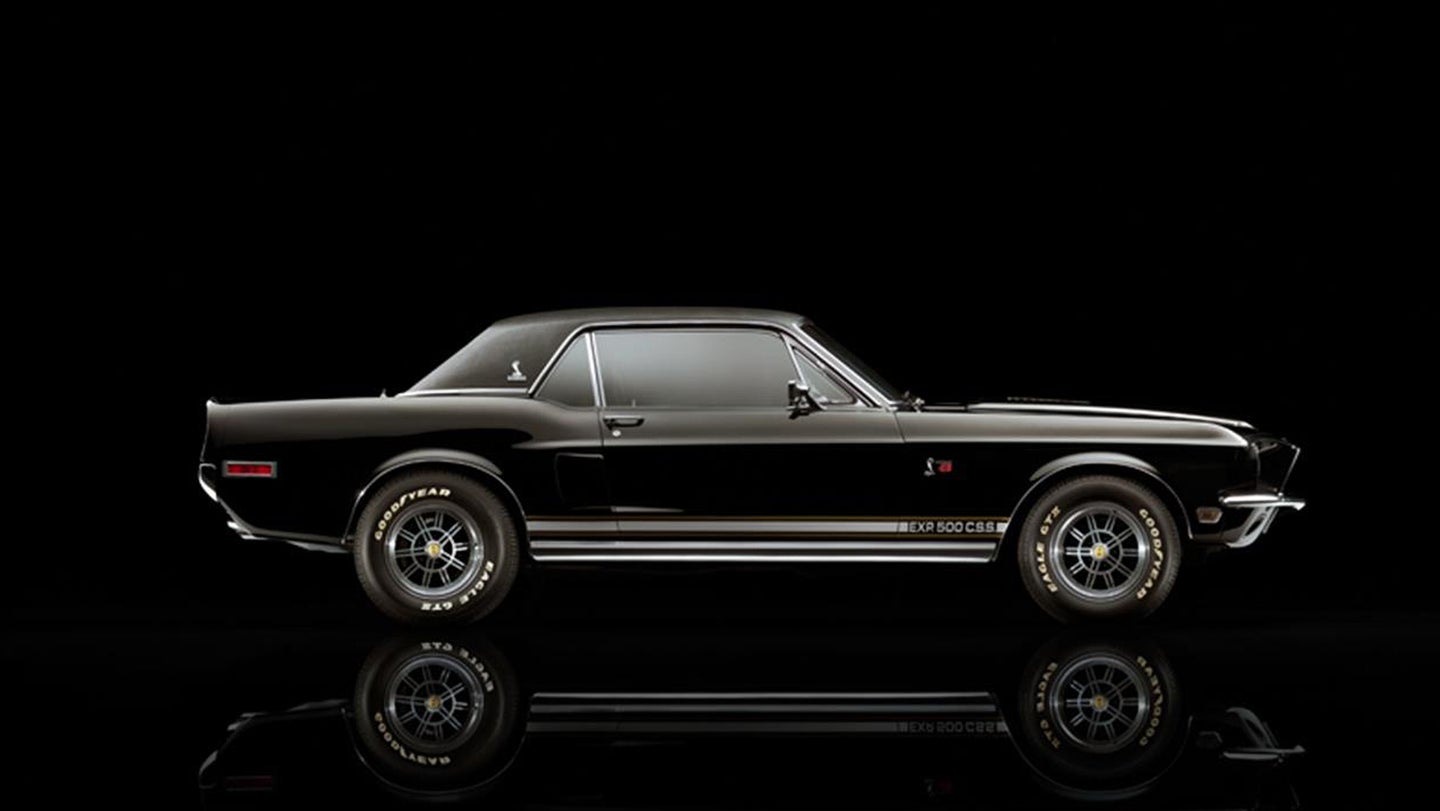 The chance to own a high-performance Ford Mustang built by and for renowned tuner Carroll Shelby has popped up on the East Coast. The one-off 1968 EXP500 C.S.S. was created as a tribute to one of Shelby's most important prototypes and after building it in 2008, he kept the nostalgiac muscle car for his own. It's since been sent off to a museum but now, the owner has it listed for sale with an equally impressive $850,000 sticker price.

The “Black Hornet” was built specifically to raise awareness for Shelby’s Children’s Charity and to pay tribute to the groundbreaking test mule from the late 1960s, known as the “Green Hornet.” That car would go on to serve as the original template for the legendary 1967 Shelby GT500. Only two were ever made by Shelby and fellow chief engineer, Fred Goodell.

The Black Hornet is a result of Legendary G.T. Continuation Cars featuring a 428 Cobra Jet V8 producing 335 horsepower mated to a four-speed manual. It also comes with body modifications that mimic that of the original Green Hornet, including all the hood scoops and stripes that Shelby cars have been known to sport.

The V8 was tweaked to feature a Holley high-volume fuel pump, a custom Cobra Jet exhaust manifold, and a Shelby intake manifold with a Cobra air filter. Other performance modifications like a Mallory Unilight ignition system, power steering, power brakes, and an uprated Griffith aluminum radiator are also installed to make plenty of old-school power.

It originally started life as a run-of-the-mill 1968 Ford Mustang with a 390-big-block.

The seller claims the car is currently on display at the Ford Mustang Museum in Concord, North Carolina with only 558 miles on the odometer. The sale includes the original title from when Mr. Shelby registered the car after its build was completed around 10 years ago.

Original Shelby-built Mustangs always go for big money, so don't be surprised to see this land in the hands of an extremely well-off collector sometime soon.