This Could Be The Most Expensive Ford Mustang Ever 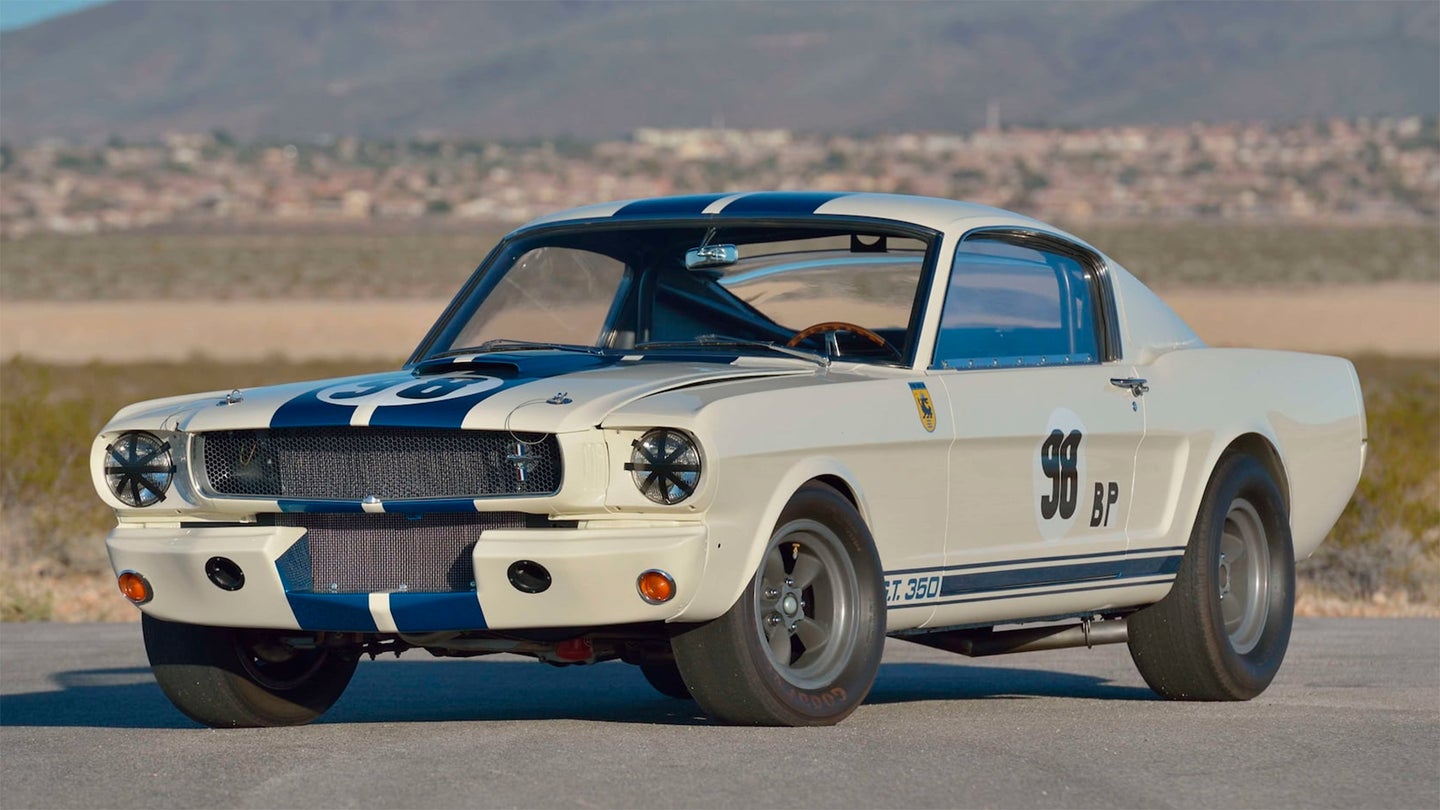 By now, anyone with even a passing interest in cars and motorsport has likely seen the movie Ford vs. Ferrari, in which British racing engineer and racer Ken Miles drives a Ford GT to almost victory at Le Mans on a racing team run by Carroll Shelby. The movie did a decent job of depicting a dramatized version of the events that led up to that controversial race, especially in highlighting the development process behind the original GT, but there were several other cars that Miles and other Shelby drivers used for testing and racing. One of them, a 1965 Ford Mustang Shelby GT350R is now heading to auction, along with an amazing collection of other rare and desirable vintage pieces from well-known Shelby collector John Atzbach. The cars will cross the Mecum Indy auction block at the company's Indy auctions in May.

Miles drove the award-winning car at Green Valley Raceway in February 1965, which was the first time a Shelby Mustang ran in a sanctioned competitive event. Miles won that race, but not before he was caught on camera, flying by with all four of the Mustang’s wheels off the ground. He may have made the car famous, but several other legendary drivers had extensive seat time in the Ford. Bob Bondurant, Chuck Cantwell, Peter Brock, and Jerry Titus all spent a considerable amount of time testing in the Mustang.

John Atzbach’s career as an antiques expert and collector afforded him the ability to amass a significant collection of Shelby vehicles, but he didn’t stop there. He’s gathered several vintage Lamborghinis, newer Mustangs, and all manner of related memorabilia. Eleven other cars from his vault will join the GT350R on the auction block, among which are a 1967 Lamborghini 400 GT 2+2, a 1964 Shelby 289 Independent Competition Cobra, and a 1967 Shelby GT350 Fastback. All of the vehicles up for auction will likely draw a small fortune, but we don't know the expected selling price of the GT350R just yet. We've reached out to Mecum for comment and will update this post when more information becomes available.

The truck crashed into parked cars at 80 mph and flew into the air before flipping multiple times.