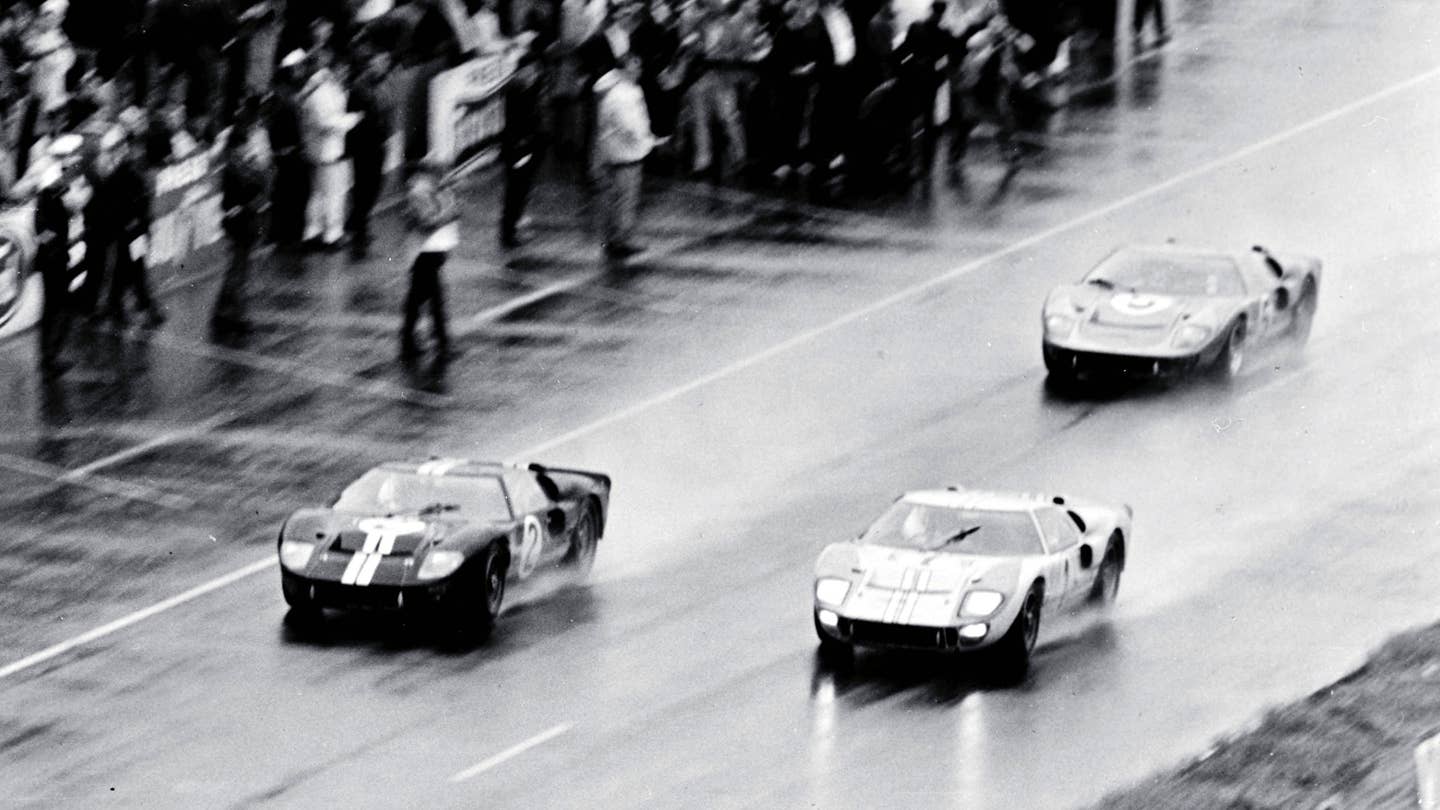 It was the final minutes of the 1966 24 Hours of Le Mans, and the race was Ford's to lose. After a long, difficult development and a year's worth of work by Carroll Shelby himself, the Blue Oval's Lola-based GT40s had done Henry Ford II proud, thoroughly embarrassing Enzo Ferrari's beloved race cars.

As the race went on and the GT40 MkIIIs left Ferrari far behind, Ford PR flack Leo Beebe realized the carmaker could core a public relations coup by staging a 1-2-3 photo finish, with all three cars close together as they crossed the finish line. But in the process, Ford ignored one of the key elements of victory at the famed race: by Le Mans rules, the winning car was the one that traveled the farthest, not necessarily the the one to cross the finish line first.

Two of the three GT40s were being run by Shelby-American, with the No. 1 car driven by Ken Miles and Denny Hulme in the lead as the final minutes ticked away. But in those last moments, Miles was asked to slow down and let the other GT40s close the gap, creating a tight grouping for a perfect picture. Dedicated to the program, he did...and thus handed the victory to his Shelby-American teammates Bruce McLaren and Chris Amon, who had started eight meters back in the grid. Sadly, Miles would never have the chance to fight for the lead at Le Mans again; he died three months later, testing the GT40 MkIV.

50 years later exactly, the Petersen Automotive Museum and Superformance have released a documentary called 8 Meters detailing the dramatic conclusion of the race, complete with interviews and archival race footage that brings home both the magnitude of the victory—and the tragedy of the orders given to Miles as the race wound down. It's a brilliant and moving film, one that's particularly poignant a day after the Ford GT won its class at Le Mans yet again. You can watch it in its entirety below.