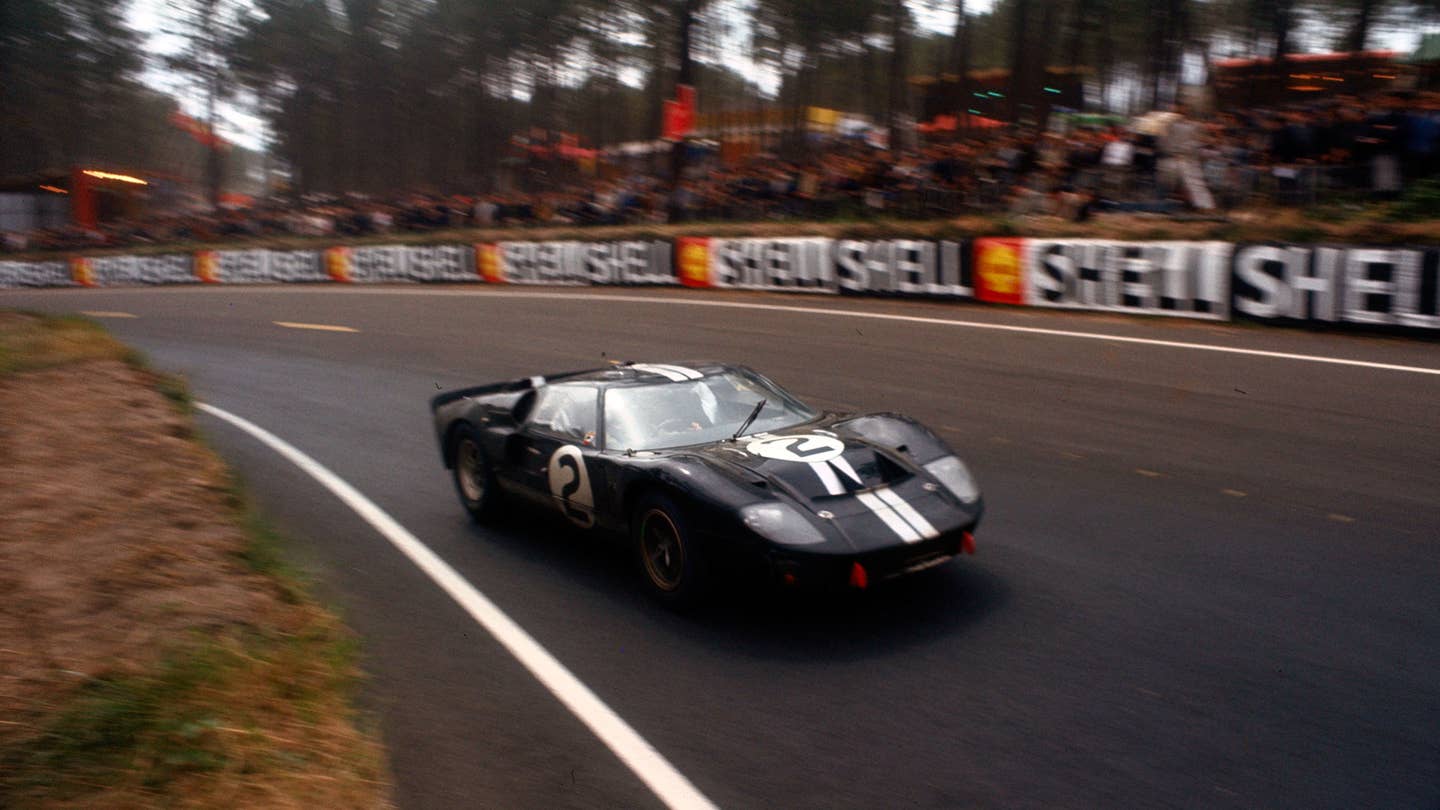 Imagine every Ford GT40 that ever won a major international race, all gathered in the same place. It sounds like a dream, and this weekend, it will come true.

Owners from North Carolina, Utah, New York, Michigan, Illinois, Florida, Nebraska, Germany, and Switzerland are transporting real flesh-and-blood GT40s with competition history to the Concours—16 in all. There will even be an exact replica of chassis number 101, the original prototype that was first debuted to the public at the 1964 New York Auto Show. That car no longer exists; this replica is a triumph of artistic recreation, and a valuable asset, as it represents the very first iteration of this historic automobile.

“The cars are going to be arranged along the water, so there’ll be this extraordinary display, with the Le Mans winning cars in the center,” says famed historian and The Drive contributor Ken Gross, who will be chief judge of the GT40 class at Pebble Beach. “We pretty much have every variation of the car. These cars evolved tremendously, so the whole history of the car will be there.”

If you’re new to the game, suffice to say that the Ford GT40 is an icon that transcends the worlds of automobiles and racing. In the early 1960s, following a business deal gone sour, Henry Ford II and Enzo Ferrari got entangled in a rivalry to win Le Mans—at the time, one of the most important and dangerous sporting events of any kind, anywhere in the world. Ford and Ferrari built eponymous machines to out-duel each other in a 24-hour war of speed. Henry II was Henry Ford’s grandson, and probably the most powerful chief executive of his era. Under his orders, the whole Ford empire pitched in to build the fastest, most technologically advanced racing sports car in history up to that time. Nothing like this had ever happened in the history of motoring. The result: the Ford GT40.

The car debuted at Le Mans in 1964. Ford finally beat Ferrari at Le Mans in 1966, and to this day that rivalry defines the Golden Age of Motorsport. Check out this new mini-documentary, an excellent telling of the 1966 race.

In the end, these GT40s will be judged, and one will be picked as best in class at the Concours. “This isn’t like judging Bugattis or Duesenbergs, where you know what the car is supposed to look like,” says chief judge Gross. “Because racing cars evolve from race to race. It’s definitely going to be a challenge. What we are going to try to do is look for the most authentic restoration or car that is still in original condition. The burden is on the owner to say, okay, I’ve restored this car to look the way it looked when it ran at such and such a place at such and such a time. We invite owners to bring along photographs and any documentation they want.”

We’ll put our money on chassis number 1046, the GT40 that won Le Mans in 1966, in the hands of the legend Bruce McLaren and his teammate, the late Chris Amon. The car has just undergone a major restoration courtesy of RK Motors in Charlotte, North Carolina.

It’s going to be a wild ride at Pebble Beach. Hagerty, the nation’s largest insurer of classic cars, is predicting that $370 million will change hands at the auctions. The vintage racing at Mazda Laguna Seca will be eye candy, as usual. But for some, the weekend will be all about the GT40s. These cars are winners, but only one can place first with the judges.

A.J. Baime is an editor-at-large at The Drive and the author of Go Like Hell: Ford, Ferrari, and Their Battle for Speed and Glory at Le Mans.