Largely considered to be the greatest racing driver to have never won a F1 race. 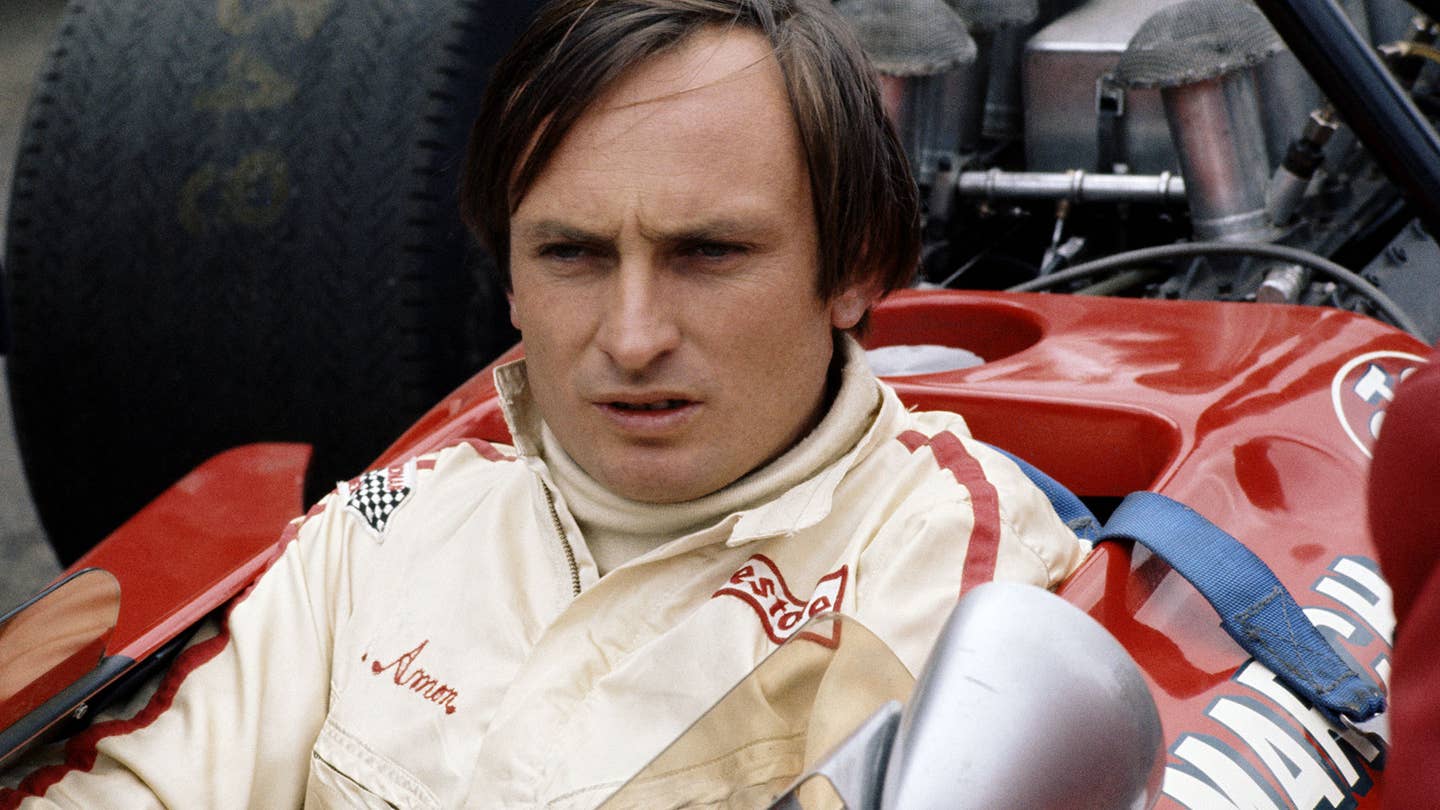 The racing world has lost an icon. On Wednesday, famed racing driver Chris Amon died of cancer at age 73.

It takes more than skill and daring to make a champion. Any racing driver will tell you that luck, that fickle will o' the wisp, must lend a hand, or else your hopes will be dashed to the ground. Michael Andretti once joked of Amon, "If he became an undertaker, people would stop dying." Yet despite never winning a single one of the 96 Formula One races he competed in, Amon was a lucky man.

Born in Bulls, New Zealand, Amon learned to drive at just six years old, taught by one of the shepherds on his father's sprawling sheep farm. After a few local victories, he headed to Europe to pursue his racing dreams at the age of 19. His debut F1 race came a year later at Monaco in 1963. Despite struggling to overcome mechanical failures, Amon's skill proved enough to attract the attention of fellow Kiwi Bruce McLaren.

Signed to Ford's Le Mans program, Amon's greatest victory came 50 years ago behind the wheel of a GT40. Famously, the Ford team ordered the Ken Miles-driven #1 car to slow for a photo finish. Miles assumed the race would end in a tie, but as McLaren and Amon's GT40 had started further back on the grid, they were awarded the overall win. The duo claimed victory by just eight feet.

For the next 10 years, Amon toiled fruitlessly for victory in Formula One. Signed by Ferrari, his cars seemed always to die underneath him, even as fellow drivers praised his natural driving ability. He placed highly in race after race, but he was never quite able to claim the winner's spot on the podium.

And yet, Amon was a lucky man. He competed at the highest level alongside names like Stewart, Lauda, Clark, Ickx, and Hunt. He survived one of the deadliest periods of racing history—Ferrari teammate Lorenzeo Bandini died in a crash at Monaco. Overall victory eluded him, but when he retired from racing in 1977, the racing world knew just how good he was.

In retirement, he returned to New Zealand, where he lived a quiet life and raised a family—a luxury denied to fallen greats like Villeneuve and McLaren. He remained involved in motorsports, helping design circuits and involving himself in historic events.

In response to Amon's passing, McLaren chairman Ron Dennis released a statement: “A true gentleman and one of the fastest racing drivers there ever was: the one and only Christopher Arthur Amon.” He was never blessed enough to stand atop the podium, but, surrounded by his family at the end, one hopes he felt as lucky as any man that ever raced.