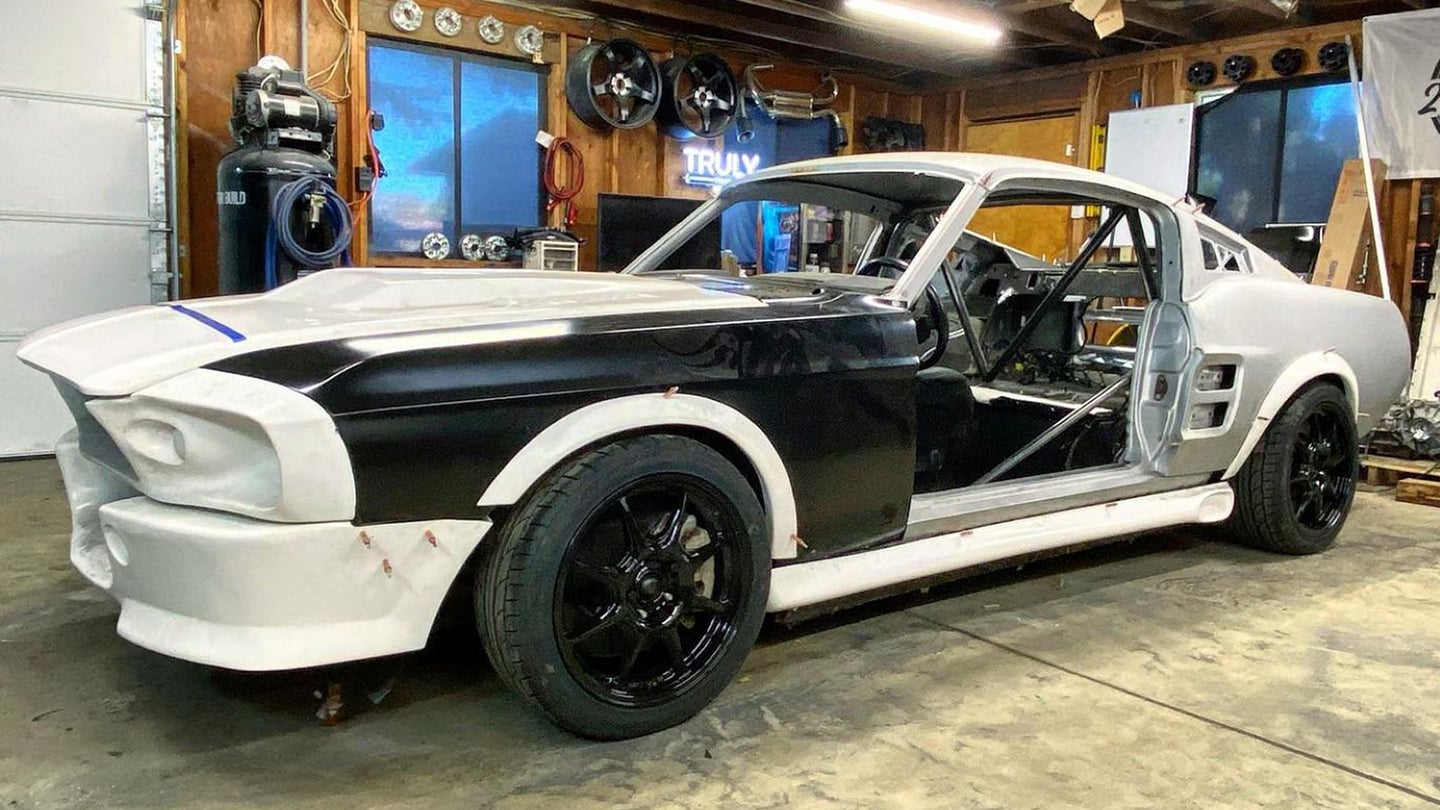 Losing a car is hard, whether it departs this mortal coil in an accident or by some other means. It's even harder when you've put a tremendous amount of time and money into it. You can imagine, then, how people are reacting to the news that the popular B is for Build YouTube channel had its 2015 Ford Mustang "Eleanor" project—a tribute to the famous 1967 Shelby Mustang hero car from the 2000 remake of Gone in 60 Seconds—seized during a legal dispute with the owner of the Eleanor trademark.

If that's a confusing sentence to read, a little context is in order. Yes, the Eleanor name and likeness is actually trademarked by the widow of the late H.B. Halicki, who created the original 1974 film and died in an accident while filming the aborted sequel of sorts in 1989. U.S. law holds that trademarks must be enforced and defended by the owner in court to stay current, and Denice Shakarian Halicki has made no secret of her willingness to do so over the last two decades via her company Eleanor Licensing LLC.

Halicki went after none other than Carroll Shelby in the mid-2000's after one of his companies attempted to sell replicas of the updated Eleanor, which looks nothing like the 1973 Ford Mustang fastback in the first film. In the end, courts ruled that Halicki holds the rights to any Mustang named Eleanor or purportedly tied to the Gone in 60 Seconds franchise. "It doesn’t matter if it was a bus called Eleanor,” her lawyer said at the time. "The magic was the name, and that was the thing [Shelby] tried to get."

Which is how we wind up here, watching Chris Steinbacher of B is for Build explaining to viewers that his project has been canceled, scrubbed from his YouTube channel, and physically seized as part of the settlement with Halicki.

Although the legal claim is legitimate⁠—it's probably news to fans, but most pro Mustang builders are aware of Eleanor's untouchable status⁠—it doesn't take away from the sense of loss here, especially with the car being taken. Steinbacher's ambitious project aimed to create an Eleanor restomod tribute by stripping a 2015 Ford Mustang GT and grafting on a 1967 body. That's no small feat. It was a long way from being finished, but had recently completed its first test drives.

We reached out to Steinbacher to ask why exactly the car had to be seized. He declined to comment on the specifics of the situation because of the ongoing legal fight, but he did pass along his thoughts on Halicki's team and her tactics.

"I do know that I can give my opinion on the team at gonein60seconds.com and tell you they are terrible people, parading around as car people, [with] a history of being lawsuit-happy dickheads. Just the most unpleasant, terrible people I've ever had the misfortune to have to deal with in my life," he said. "And that's not just me being mad about what happened, it's just the way these people decided to handle themselves."

The internet being the internet, images of the car are still available on Instagram and elsewhere:

Should you want a trouble-free Eleanor Mustang, a few years ago Halicki OK'd the production of replica builds via an Oklahoma shop called Brand New Muscle Car.

Correction: Wednesday, June 3, 6:15 pm: A previous version of this story incorrectly stated that Carroll Shelby built the Eleanor hero car from the 2000 remake. It was actually designed by Chip Foose and built by Cinema Vehicle Services in Los Angeles. The Drive regrets the error.