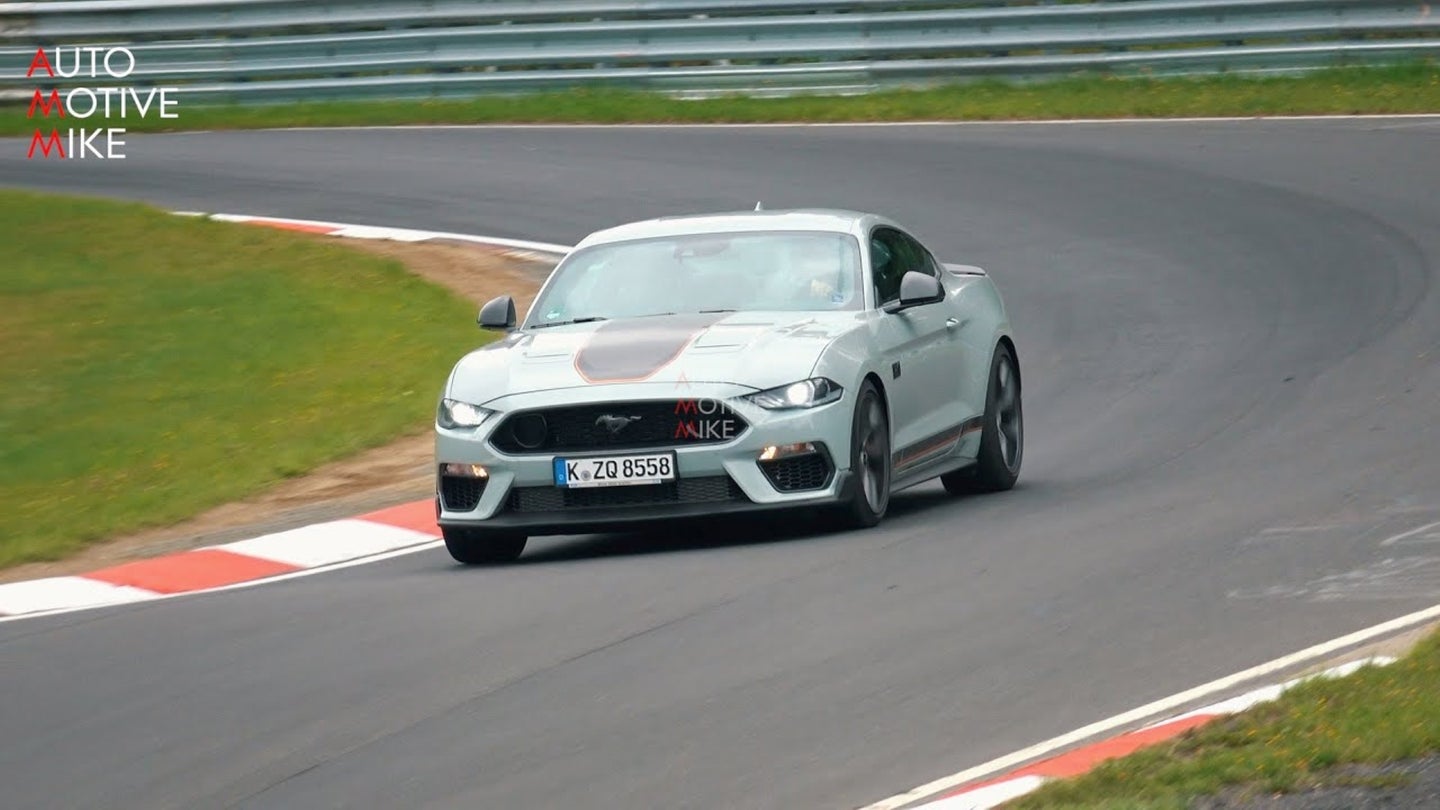 A whole 17 years after it last graced us with its presence, Ford is bringing back the Mustang Mach 1. Armed with Shelby parts and go-fast stripes, it promises to be the most track-focused 5.0-liter Mustang ever. And to drive home that fact, Ford has taken the upcoming Mach 1 to a place most people don't usually associate with muscle cars: the mother of all race tracks, the Nürburgring.

Spotted by YouTube's Automotive Mike, it's taken not one but two Mach 1 Mustangs to the 'Ring, one in Grabber Yellow and another in the terrifically-named Mach 1-exclusive color Fighter Jet Gray.

Based on the pace and the presence of some light rain as well as other manufacturers' test mules on this particular run, we're not expecting the Mustang Mach 1 to set any lap records, but it's cool to see the Blue Oval taking this car's implicit competition with the likes of BMW M, Mercedes-AMG, and Porsche somewhat seriously.

Based on the 480-hp Mustang Bullitt, the Coyote V8-powered Mach 1 comes standard with the Tremec six-speed manual out of the Shelby GT350, which is now blessed with rev-matching. For those whose idea of fun is shaving seconds from the stopwatch, Ford's 10-speed automatic gearbox is also available. In fact, there are a couple of instances in the video where the auto can be heard making an impromptu upshift.

The Mach 1's rear end, meanwhile, owes much to the mighty GT500, inheriting that car's rear subframe and rear diffuser. On the subject of cosmetics, this track-ready 'Stang tips its cap to Mach 1s of old by including two cut-outs in the grille in which owners can install fog lights.

The 2021 Ford Mustang Mach 1 will hit dealerships next spring in limited quantities, although exactly how limited it's still a mystery.