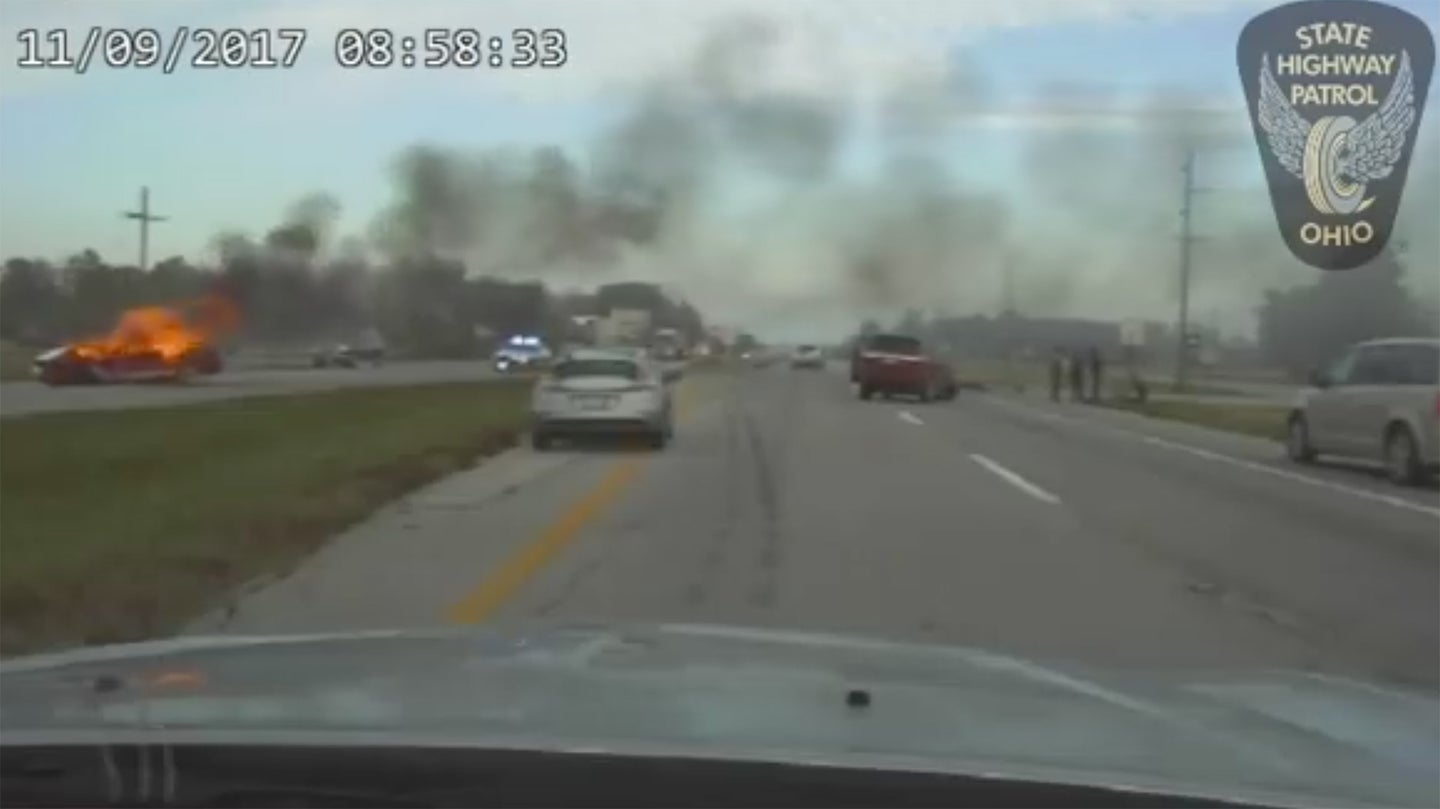 Unfortunately, this happened to 21-year-old Jose Gonzalez, when he collided head-on with another vehicle while allegedly driving under the influence. As you can see in the dashcam of a Ohio Highway Patrol officer's vehicle, the Ford Mustang began smoking after the crash, eventually bursting into flames. Fortunately, a registered nurse and the trooper were able to extricate the victim after the trooper used his baton to break the passenger-side window. Moments after the victim was extricated, the vehicle flashed over and fully engulfed the passenger compartment. Without the heroic actions of the nurse and trooper, Jose Gonzalez would be behind a thick slab of mahogany.

Fortunately, serious injuries appear to have been avoided, but Gonzalez did not skate off that easy. He is currently being charged with DUI.