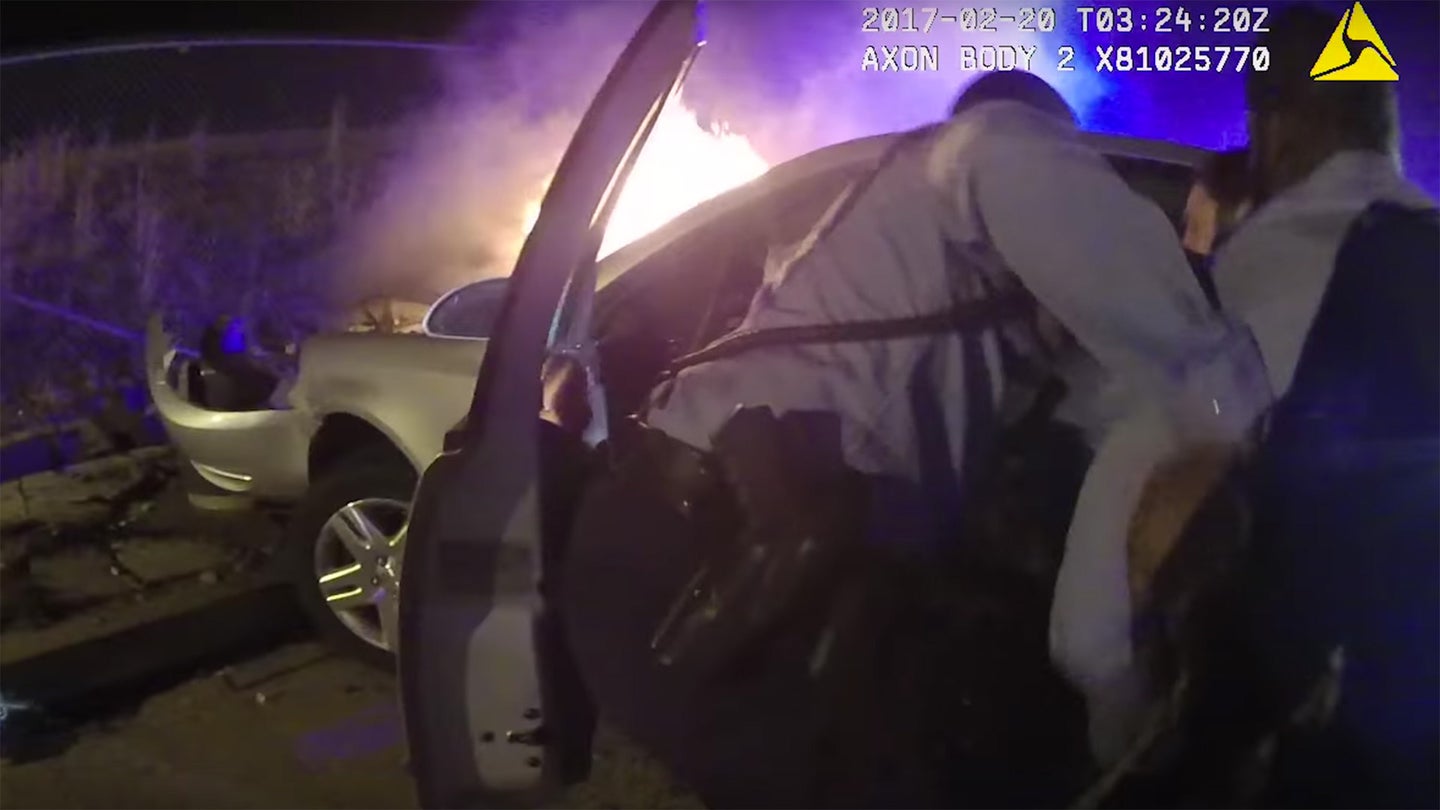 A car accident can be the result of a lot of thing: losing control, mechanical failure, driver impairment due to drugs or a medical issue...the list goes on. Regardless of what caused someone to crash, emergency responders are there to rush to aid the victims and take control of the scene.

On February 20th, at approximately 10:22pm, police in Washington, D.C. were called to the scene of a motor vehicle accident with a car on fire. Body camera footage shows Metropolitan Police Department officers extricating someone who appears to be incapacitated from a burning Chevy Impala.

With sirens blaring, smoke filling the area, and flames rapidly spreading, the officer uses his ASP baton to break the window and unlock the door. With the assistance of several other officers, they are able to extricate the victim and place him on the pavement. Before rendering further aid, however, the cops make sure the vehicle is unoccupied. Eventually the video cuts out—but not until the vehicle is obviously clear of victims.