Ford claims it will be the most track-capable 5.0-liter Mustang ever.

The Ford Mustang Mach 1 has floated in and out of the pony car lineup a few times since its original debut in 1969, with its most recent appearance happening 2004. Now, Ford says it’s planning to revive the classic nameplate for the 2021 model year, and from the sound of it, the new car should be a substantive improvement over the current GT. In fact, the Blue Oval is claiming that it will be the "most track-ready 5.0-liter Mustang ever."

Despite several leaks early this year, Ford is being extra secretive with the new car's design or performance details, but teaser photos reveal that the new Mach 1 will get a fresh front end and subtle changes to the rear—including a large but tasteful rear wing. From the images provided by Ford, we can see new air inlets on each side of the bumper and a larger, lower grille compared to the current Mustang GT. No word yet on if or how these affect performance, but they're most likely not only for looks.

Around back, the spoiler design appears slightly different than the unit found in the GT or even GT500, and the lower part of the bumper looks to have been massaged a bit, but it’s awfully similar to its current counterpart. Of course, just because Ford released these images it doesn't mean the design cues will make it into production, but it's safe to say that the visible Brembo brakes and 305/30ZR19 Michelin Pilot Sport Cup 2 tires on 19-inch wheels will most likely be offered in some trims.

While these images don't seem to show a radically different design, things get quite interesting when you compare it to the 2004 Mach 1 pictured above. It's especially interesting to see the reduced airflow capacity that generation Mustang offered, with considerably smaller air intakes in the bumper and grille.

Ford didn't disclose performance numbers, but we're thinking that somewhere north of 500 horsepower to best the Bullitt's 480 is an educated guess. Considering the Mach 1 has, throughout time, bridged the gap between the regular Mustangs and the Shelbys, it will most likely be a proper—if not budget—performer.

More information will be available in June, per Ford. 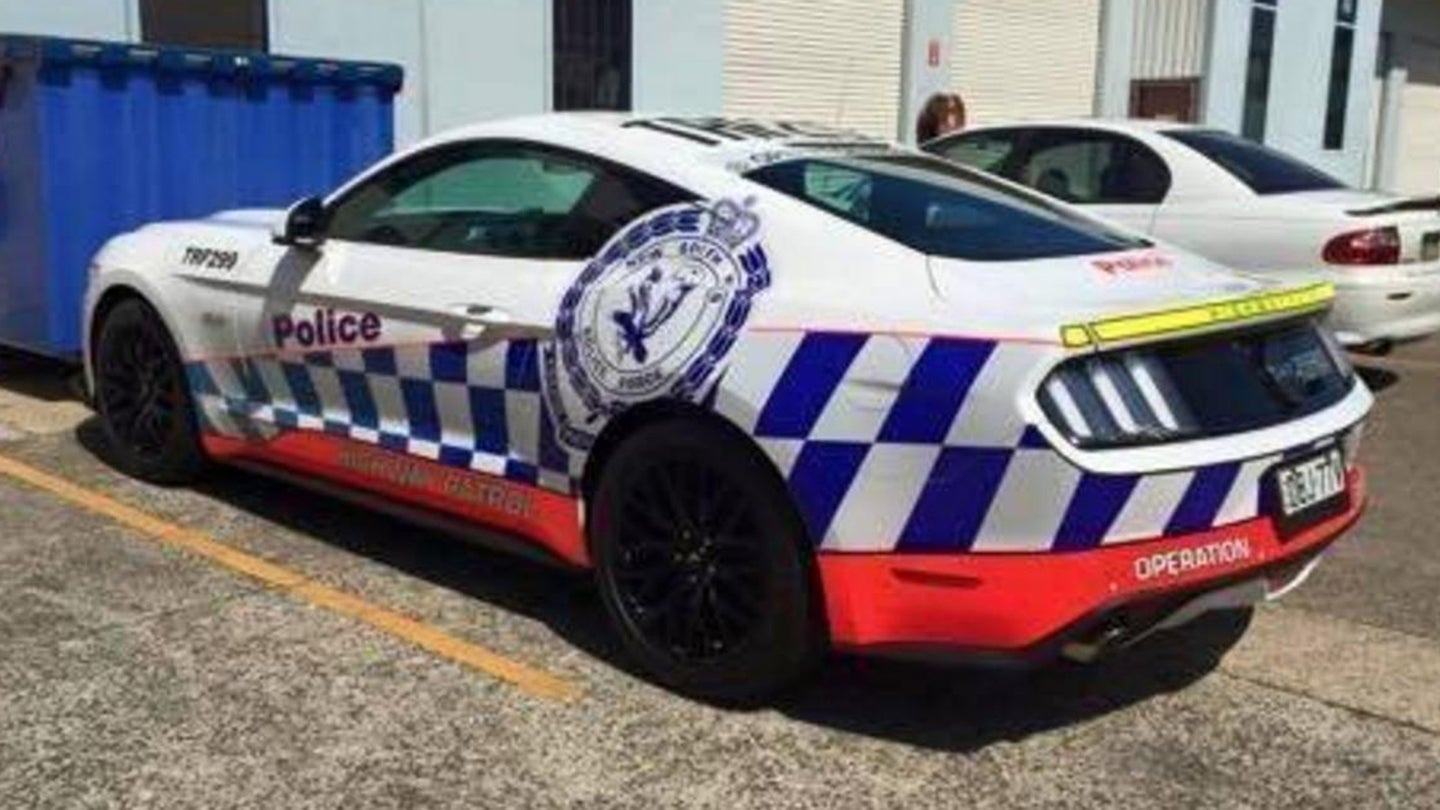 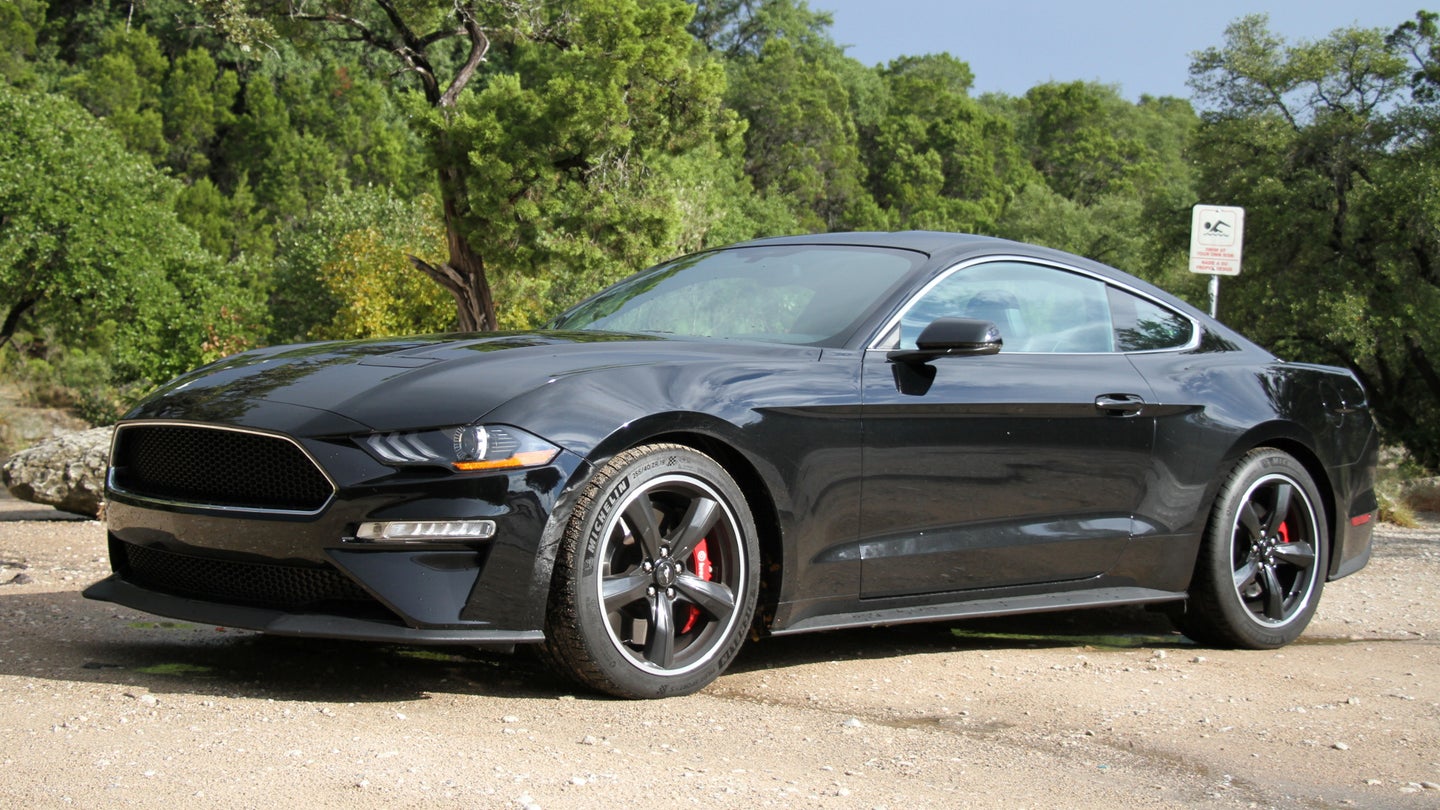 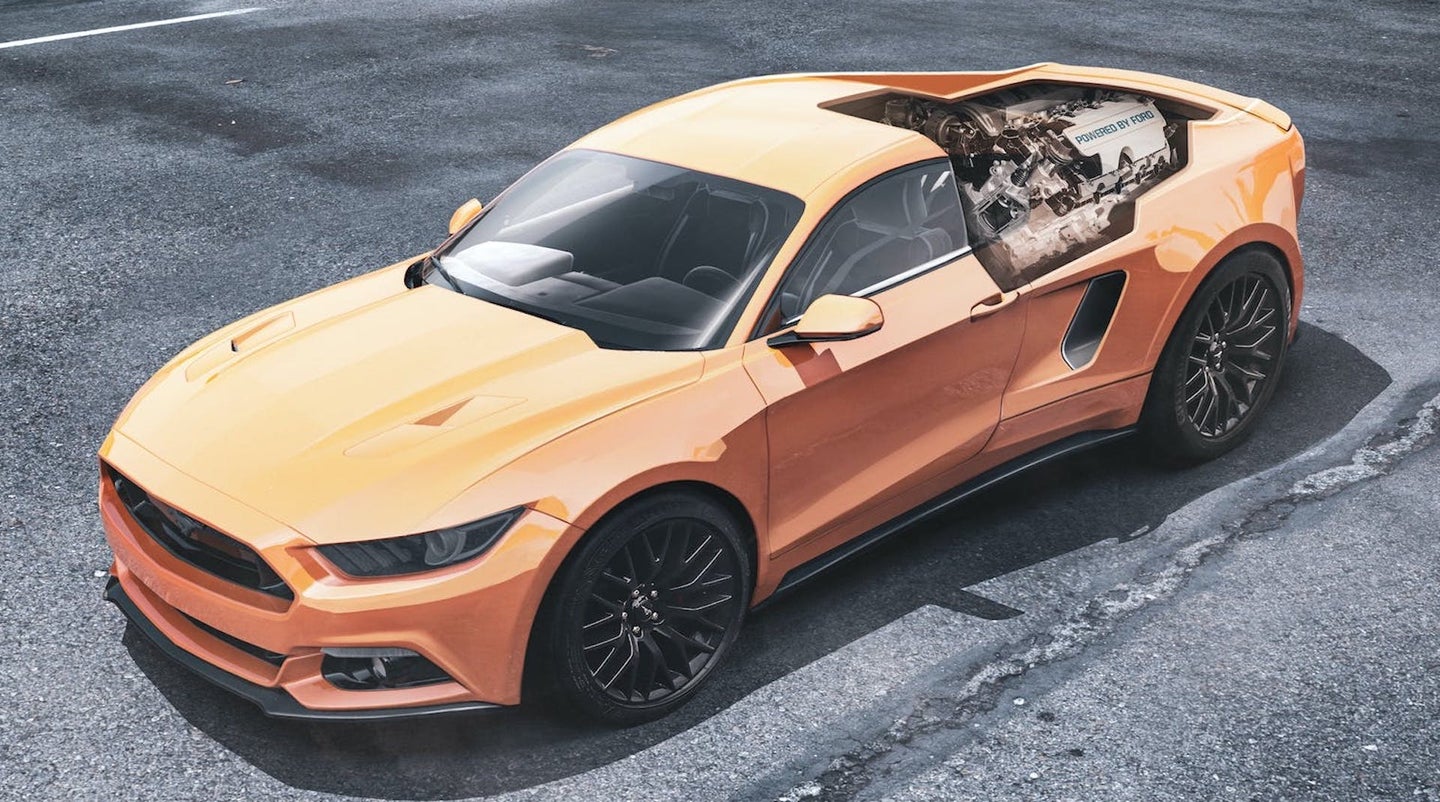 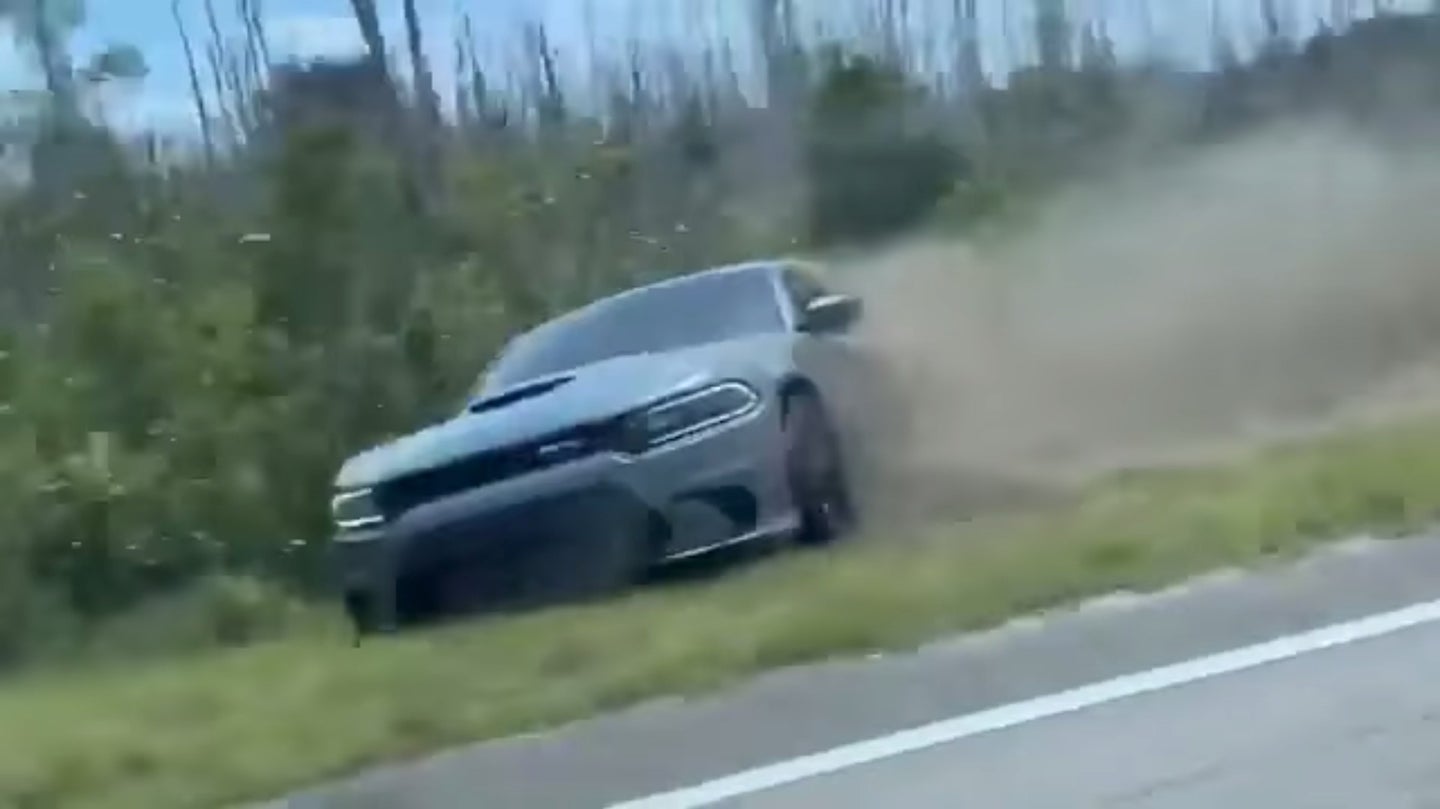 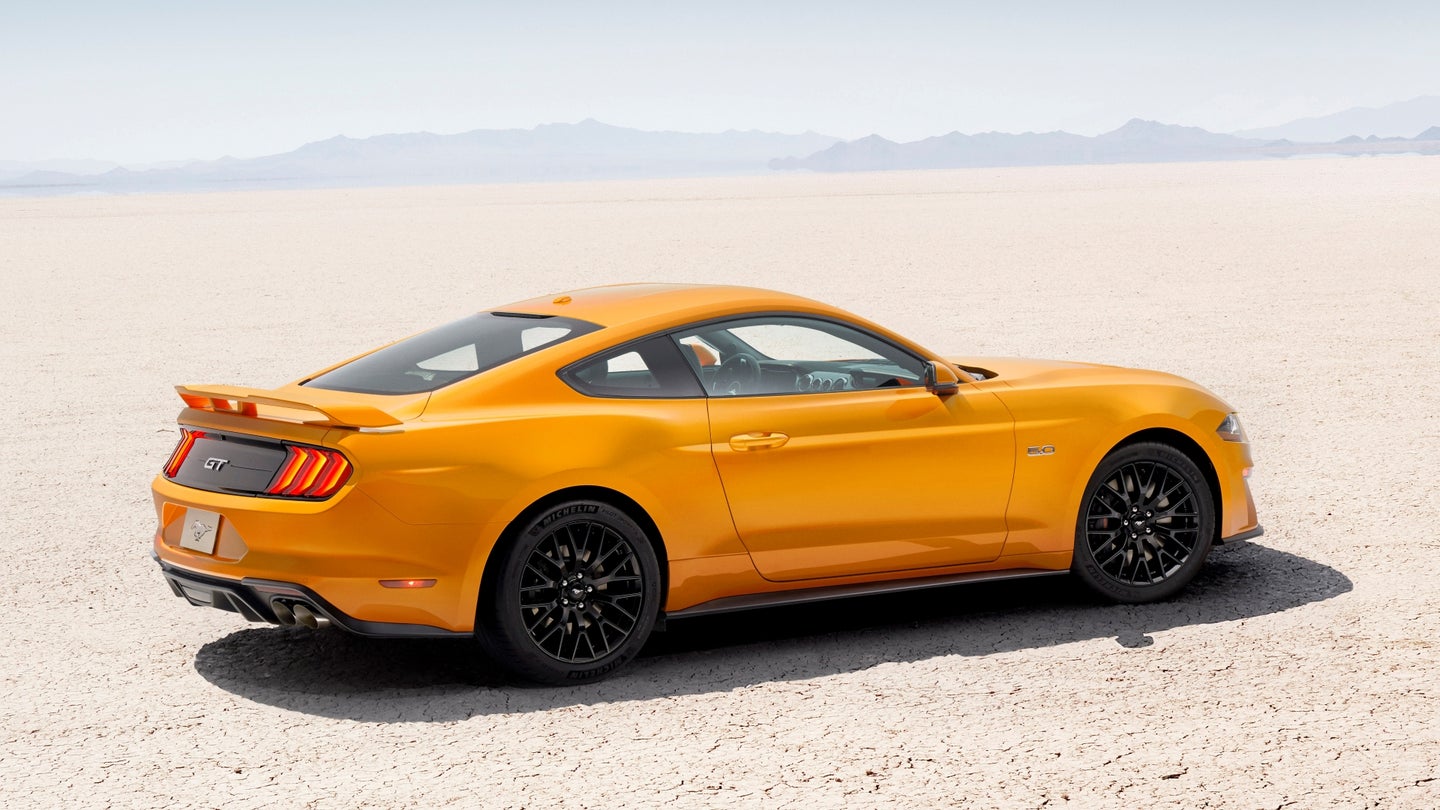 For those who want Bullitt Mustang power without the Steve McQueen cosplay.