Ford Doesn't Know Exactly Why It's Losing Billions of Dollars

Ford's explanation? It did bad because it did not do good. 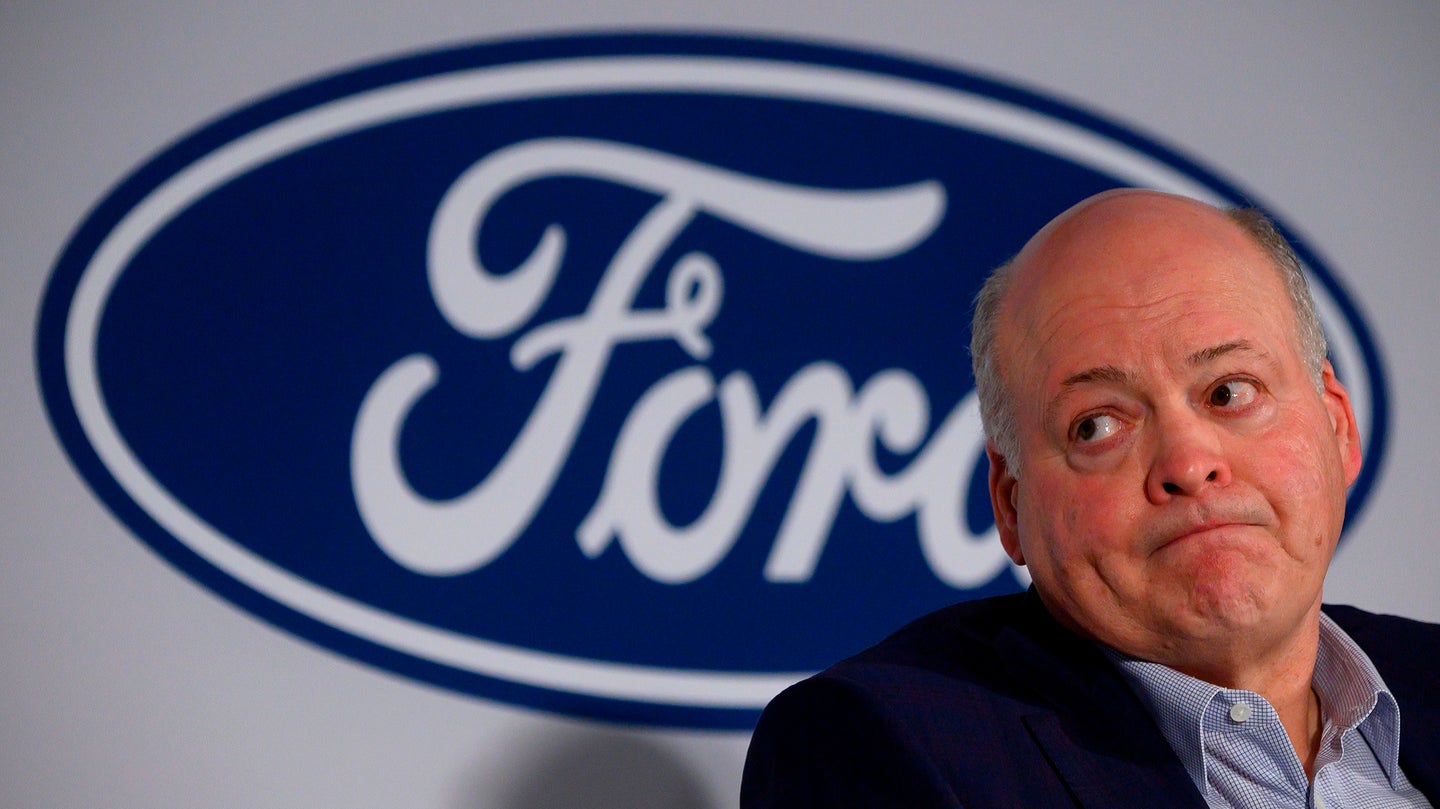 New car sales haven't been doing so hot in the United States but Ford, in particular, is taking a serious beating if its Q4 2019 earnings are any indication. The Dearborn-based automaker posted a loss of $1.67 billion last quarter from $39.7 billion worth of revenue, way down from the relatively tame $100 million loss it posted in the same quarter one year before. According to CNBC, once Ford released its earnings after the markets closed Tuesday evening, share prices fell nine percent after-hours, dropping to around $8.30 apiece.

Taking 2019 as a whole, Ford recorded earnings before interest and tax of $6.4 billion, a little less than Wall Street expected even accounting for a revision made in response to a "botched" initial Explorer launch.

Ford CEO Jim Hackett was, by auto CEO standards, refreshingly candid about the situation. "Financially, the company’s 2019 performance was short of our original expectations, mostly because our operational execution—which we usually do very well—wasn't nearly good enough," Hackett said. "We recognize, take accountability for and have made changes because of this."

All of this comes while Tesla's stock price has been soaring to new heights in the past week, hitting a peak of almost $970 per share and achieving a market cap dwarfing that of the Detroit "Big 3" combined. In another contrast, the folks at Ferrari just had their biggest sales stretch yet, selling more than 10,000 Prancing Horses in a year for the very first time.

Okay, so the boutique supercar maker doesn't really compete in the same ball game as the Blue Oval but if there were a modern, Wall Street remake of Ford v Ferrari, Ferrari would be winning.