The trucks couldn’t save Ford, either. But a partnership with Argo AI paid off handsomely. 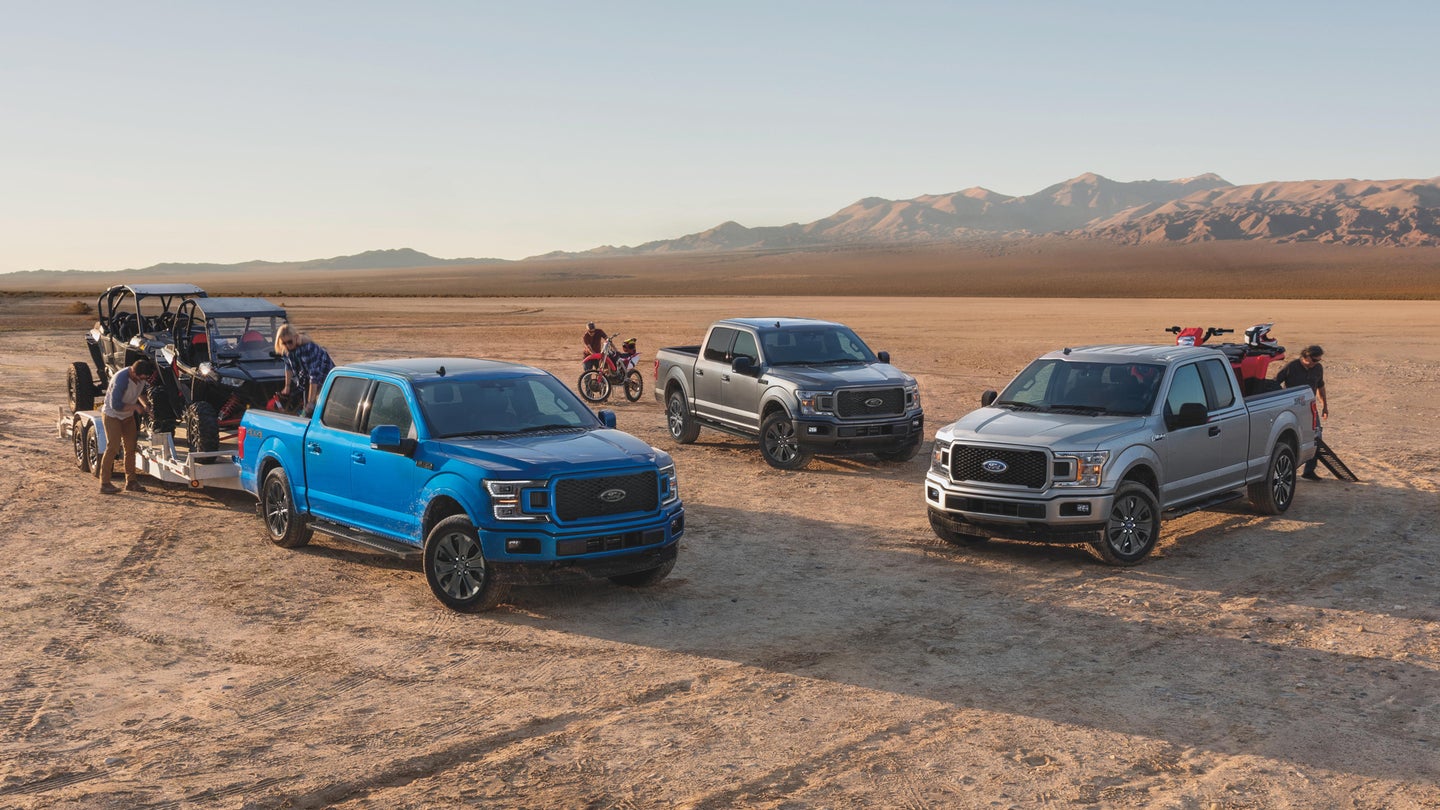 Good morning and welcome back to Speed Lines, The Drive's morning roundup of what matters in the automotive industry and transportation. Some good news: it is Friday. The rest is bad news for Fiat Chrysler, Volkswagen, and Ford, though the latter had one saving grace from its new tech partner. Let's dive in.

Even in a pandemic—or perhaps on some levels because of it—America demands its pickup trucks. Truck sales have been one of the few bright spots for automakers in 2020, which is especially good for the American automakers because that's most of what they build these days. But factories being shuttered for months and supply chain disruptions have led to crippling inventory problems, something that dogged General Motors to a $758 million Q2 loss.

Ford, however, managed a $1.1 billion profit in Q2, despite losing $1.9 billion in revenue. And most headlines bill this as "good news" because that's all better than Wall Street analysts were predicting. Say it with me now: whaaaa?

It works like this. Ford's losses were projected to be about $5 billion in Q2, according to the Detroit Free Press, in part because of a 33 percent sales decline overall (though sales of the Ranger and Explorer are up; F-Series trucks were down because people are probably waiting for the 2021 F-150 instead.) So the losses weren't as bad as expected, and the story was the same with revenue and share price declines.

But where Ford eked out a win was a $3.5 billion gain on its investment in autonomy startup Argo AI. That offset the losses this quarter, so it's fair to say that investment is already paying off. Meanwhile Argo AI, which is also partnering with Volkswagen, is now valued at $7.5 billion—also not bad for a company that's only three years old. Here's more on that from Tech Crunch:

The official valuation was confirmed Thursday nearly two months after VW Group finalized its $2.6 billion investment in Argo AI. Under that deal, Ford and VW have equal ownership stakes, which will be roughly 40% each over time. The remaining equity sits with Argo’s co-founders as well as employees. Argo’s board is comprised of two VW seats, two Ford seats and three Argo seats.

Ford’s announcement in February 2017 that it was investing in Argo AI surprised many. The startup was barely six months old when it was thrust into the spotlight. Its founders, Bryan Salesky and Peter Rander, were known in the tight knit and often overlapping autonomous vehicle industry; prior to forming Argo, Salesky was director of hardware development at the Google self-driving project (now Waymo) and Rander was the engineering lead at Uber Advanced Technologies Group. But even those insiders who knew Salesky and Rander wondered what to make of the deal.

Anyway, it's good news for Ford—for now. It still has to nail the launches of some very crucial vehicles in the coming months: the Mustang Mach-E, the Bronco and the new F-150.

FCA Gets Hit Hard Too

There's no similar win around FCA in Q2, however. From The Detroit News:

Production shutdowns lasting into late May contributed to a 56% year-over-year decrease in revenue for April, May and June to $13.9 billion (11.7 billion euros). Although COVID-19 cases have risen in some parts of the industry, the auto industry remains cautiously optimistic about the second half of the year as manufacturing ramps up smoothly and demand remains resilient.

CEO Mike Manley has warned investors that Q2 was expected to be the worst quarter of 2020, clearly betting on some form of recovery through the end of the year. Still, Ram sales were down 35 percent and Jeep sales were down 27 percent from the previous year. Bring on Stellantis anyway, I guess.

Bad News For VW Too

No automaker is immune to this global sales slump, not even the entire Volkswagen Group. From Bloomberg, here's how it did in Q2:

Revenue slumped by more than a third to 41.1 billion euros ($48.3 billion) in the three months through June, roughly in line with analyst estimates compiled by Bloomberg. The second-quarter loss compared with a profit of 5.13 billion euros ($6 billion) a year earlier.

The German manufacturer lowered its proposed 2019 payout by a quarter to help save roughly $1 billion after global deliveries contracted in the six months through June. VW expects markets to recover in the second half after business in July improved from the previous month.

The company said its 2020 operating profit, before and including special items, would be severely down on the year before, albeit in positive territory. VW predicted a significant decline in full-year sales, though it said it was seeing a gradual recovery globally as lockdowns eased.

And VW's also facing issues getting out the electric ID.3, the tip of the spear for its high-tech electric future.

In India, a diminished Nissan bets big on a small SUV (Reuters)

Your Turn Signals Are Putting You in Danger (Road & Track)

Which automaker has had the best year so far? Probably Tesla, right?

These people get it.