Factory closures and inventory headaches finally catch up to GM. 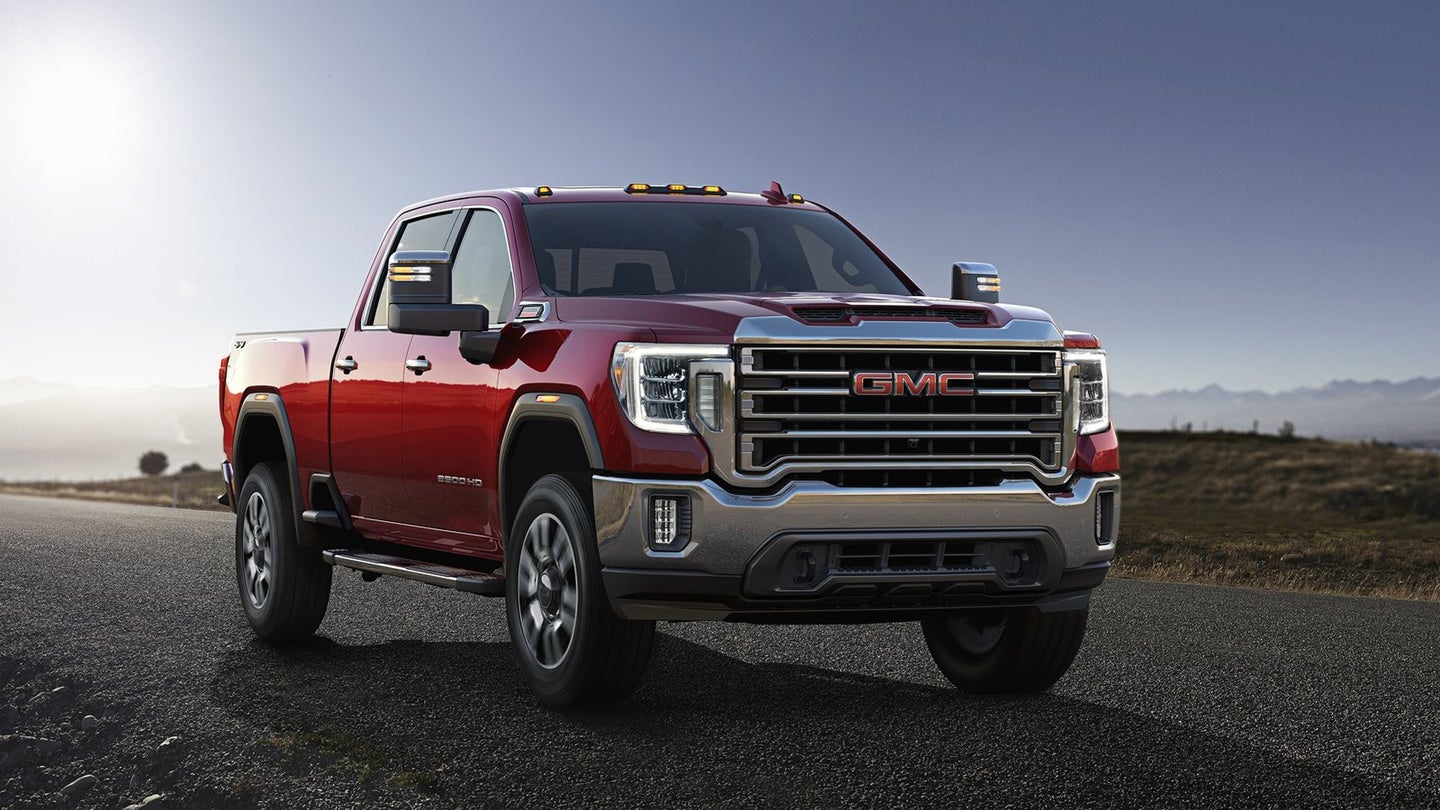 Good morning and welcome back to Speed Lines, The Drive's roundup of what matters in the world of cars and transportation, now running Monday, Wednesday and Friday. On today's docket: bad second-quarter news for General Motors, Aston Martin can't get the DBX crossover out fast enough and South Korea launches a probe into Tesla.

Well, What Did You Expect

GM had to close its factories for about half of the second quarter in 2020 thanks to the coronavirus pandemic. They're up and running again now—though not perfectly smoothly—but the losses from those closures and an across-the-board decline in sales are finally starting to pile up for the automaker.

Unlike the last time we did this, GM's quarterly news is quite bad: a $758 million loss with revenue down 53 percent year over year. As The Detroit News reports, sales are down 34 percent year over year, and while declines were smallest around trucks like the GMC Sierra and Chevrolet Silverado, those were still declines and not increases. So while truck sales have been a bright spot for all the American automakers, they aren't enough to save the day.

Strong deals and incentives can only offset the real problem so much, and that's inventory issues. Between the plant closures and continued absenteeism, GM is struggling to get cars—especially those lucrative trucks—onto dealer lots.

Here's analysis from Edmunds you may find useful:

"GM deserves credit for pivoting quickly and rolling out blockbuster incentive programs that arguably kept the industry afloat through its most challenging period in more than a decade. With the worst quarter now behind GM, the company--like all automakers--is challenged to sell in a world filled with uncertainty for consumers, employees, and operations. GM has reaffirmed its commitment to autonomous technology and electrification in the long term, but the company has had inventory challenges with the pandemic as well as the strike last year which has made it that much harder to capitalize on opportunities in the short term."

"With the worst quarter now behind GM" feels especially optimistic in my book. That may well be the case, but we live in a world where we have no clue how the next three months and end of the year will really look, especially as it's clear America doesn't have a handle on the pandemic.

Anyway, we'll know more about how Ford and Fiat Chrysler fared in Q2 soon too. The latter was hit the hardest among the Detroit Three in terms of sales, Edmunds says. As for Ford, who knows. It's had a lot of problems this year. The Bronco can't get here fast enough.

Aston Martin Needs That SUV Out

Though it picked a horrible year to do it, Aston Martin is fully in Rebuild Mode. It has a new, rich dad in the form of Lawrence Stroll, it's dialed back on various supercar and hypercar plans, it's pivoting to Formula One on the racing front and it's trying to get its finances in proper order.

One thing that should help: the Aston Martin DBX crossover, which, despite a nearly $200,000 base price in America, is poised to be the volume-seller that crossovers tend to be and that Aston badly needs. The storied British automaker's first-half financial results were also not stellar: retail sales down 41 percent, revenue down £146 million (about $190 million), and negative free cash flow of £371 million ($481 million).

So what is there to be positive about? According to a news release, manufacturing in Gaydon should resume at the end of August, earlier than planned, 90 percent of global dealers are back open and costs continue to be slashed. "2020 is the year in which the business is being reset to enable it to operate as a true luxury company," the release said. Again, a bad year to do it, but hopefully, Aston will emerge stronger on the other side of this.

Finally, the government of South Korea is launching a safety investigation into Tesla. Interesting timing in a market where the local heroes at Hyundai are clearly spooked by Tesla's EV dominance, but then again, we all know Autopilot has its issues. This, from Reuters:

Braking and steering systems including the Autopilot function were part of the investigation, a transport ministry official said on Wednesday. The ministry declined to elaborate but South Korean media said Tesla’s Model 3 was under investigation, and the probe might take anywhere from six months to a year.

Not much to that yet, but worth keeping an eye on their findings.

NYC Sends Revel Scooters Down to Hell Where They Belong (Gizmodo)

From Boom to Bloodbath (Texas Observer)

Hollywood Is Finally Admitting That the U.S. Is a Lost Cause (The Atlantic)

Which automaker will fare the worst in Q2?