Wall Street thinks EV stocks are the next big thing. Just ask them. 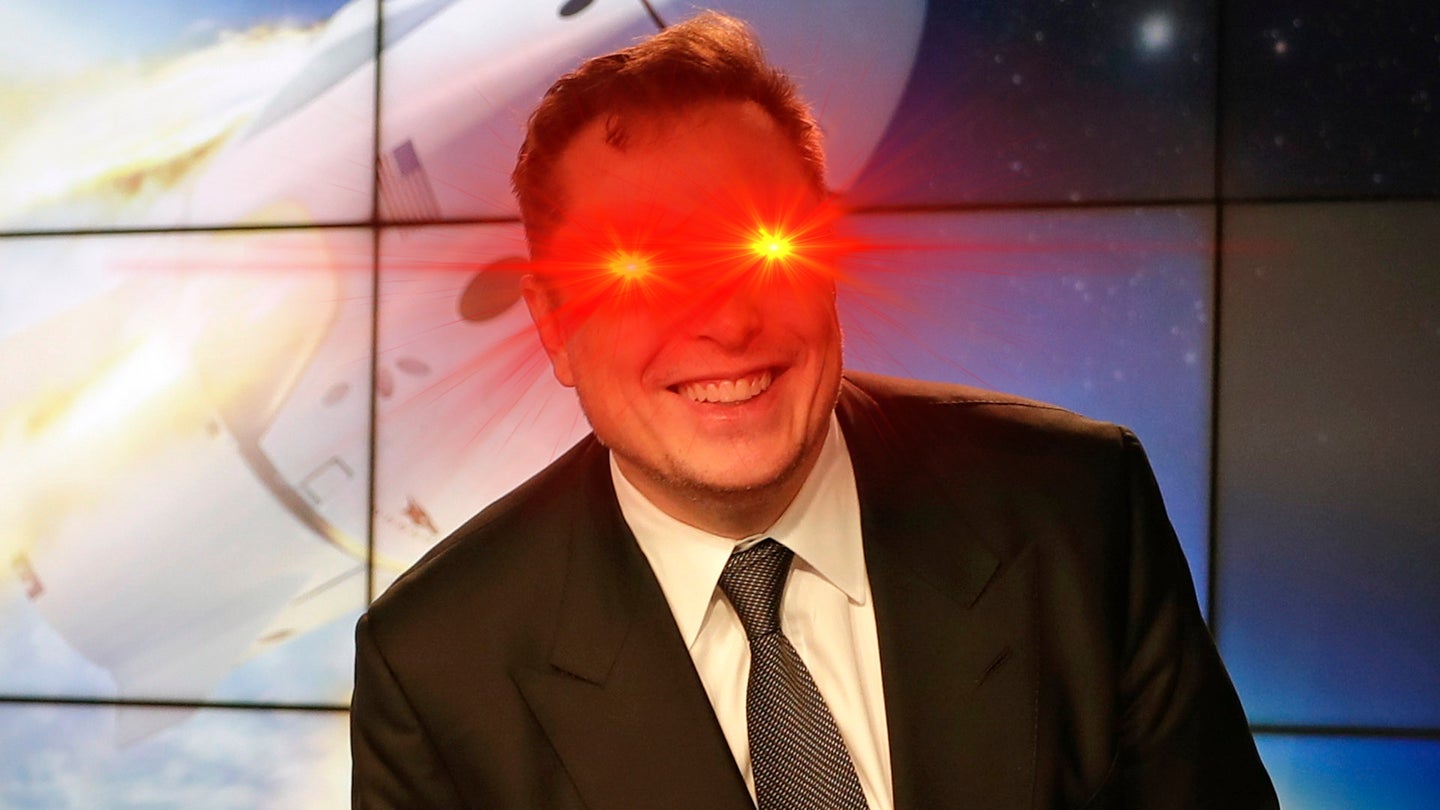 Good morning and welcome back to Speed Lines, The Drive's morning roundup of what matters in the world of cars and transportation. On the docket this morning: Tesla's crazy valuation, Hyundai and Kia plan their own EV blitz, and General Motors has to transfer workers over COVID-19 shortages.

This May Not Even Be Elon Musk's Final Form

One of the few bright spots in the coronavirus-beset auto industry in 2020 is Tesla's incomprehensibly skyrocketing stock price. As legacy automakers struggle to get Wall Street to notice them as they dip their toes into the electric vehicle game, Tesla has managed two solid quarters so far—and a valuation that's risen so far it has made the company worth more than Volkswagen, GM, Honda, Fiat Chrysler and Ford combined.

How big has Tesla gotten? Tesla’s recent surge puts its market value of roughly $286 billion above that of Home Depot Inc., Intel Corp. and UnitedHealth Group Inc. The electric-car maker is also bigger than Bank of America Corp. and American Express Co. combined, according to FactSet data.

What's driving this? Several things. Stock prices, obviously, are bets on the future, and investors are going big on electric vehicles. For now and probably for the foreseeable future, Tesla's the clear leader in that world. Investors are also extra bullish over Tesla's earnings report due out next week, three consecutive profitable quarters and possible inclusion in the S&P 500 soon. It's priced at 6,348 times its 2019 earnings.

And as CNN notes, it could equate to an even bigger payout for CEO Elon Musk:

Even more massive paydays could lie ahead. For Musk to get to the third block of stock options, Tesla must maintain a market value above $200 billion over the course of six months and hit the next round of operational goals over the course of four consecutive quarters -- either revenue topping $30 billion or $3 billion in earnings, before interest, taxes and depreciation.

But I get the cognitive dissonance at work here. How can you not? Tesla is a company that still struggles with production issues and has yet to turn an annual profit. It may have a bigger market capitalization than Toyota or VW now, but it's still a bit player in terms of production. And now it's "bigger" than some established firms amid a truly dismal economy when the only people who seem optimistic about anything are Wall Street investors.

There's been talk of a tech stock bubble for years now. Perhaps the next big bubble is EV stocks, especially if the startups and smaller players can't get it together and become stable, profitable car companies. But electrification is absolutely the way the auto industry is going. And investors have made clear they hope to cash in hard when as that happens.

Of course, Tesla and the startups aren't alone in the EV arena. Every automaker is pushing hard there, even if some strategies are more clear than others. GM and VW are two of the most ambitious to date.

You may soon be able to count Hyundai Motor Group in that crowd. The conglomerate's executive vice chairman, Euisun Chung, said Tuesday that the goal is now to sell 1 million electric vehicles in 2025—and that's in, and not by—as it seeks 10 percent of global EV market share.

According to Reuters, that comes with a big push of support by the South Korean government as well:

Hyundai Motor plans to launch a next-generation electric vehicle with a driving range of 280 miles per charge and charging time of 20 minutes or less, Chung said in a televised video message. It aims to export 1,600 hydrogen-powered trucks to Europe by 2025, and develop a new system that doubles battery life at half the price, he said.

Chung's statement came as South Korea outlined a plan Tuesday to spend 114.1 trillion won ($94.6 billion) on a "New Deal" to create jobs and help the economy recover from the coronavirus fallout, anchored in part by investment in electric vehicles and hydrogen cars.

The six-year plan will build digital infrastructure and a stronger safety net for job seekers, but its "Green New Deal" aspects have drawn attention as they aim to cut heavy reliance on fossil fuels in Asia's fourth-largest economy.

With South Korea increasingly dominating the electronics space, it's going to be a player to watch in the EV sector as well.

GM Has To Transfer Workers As It's 'All Hands On Deck'

As we covered on Speed Lines yesterday, GM has a big problem with absenteeism at some of its most crucial plants. The automaker needs its trucks built, but workers don't want to come to work because they're terrified of getting infected with COVID-19.

Today, the Detroit Free Press reports more on the situation, including managers on the line building trucks—"something that should never be" for union reasons—all hands on deck to get the trucks out. Now some plants are transferring in laid-off workers from other plants to get the job done too:

To alleviate the problem, GM told union leaders at Flint Assembly, Fort Wayne Assembly and Arlington Assembly in Texas that it will be adding hundreds of permanent workers to the plants, some starting in early August. They will not be new hires, but rather GM workers laid off at other plants who will be given the chance to permanently transfer to one of the truck facilities.

"It is ... no secret that we have people on layoff from Detroit-Hamtramck and upcoming at Spring Hill, so it makes sense to shore-up our workforce in the important truck and heavy-duty SUV plants," said another person familiar with the situation but who asked to not be named because they are not authorized to share that with the media.

The degree to which this will destabilize car production moving forward can't be overstated.

Engine shortage from Mexico could shut down Ford plants in U.S. (The Detroit News)

EV Stocks are Shooting the Lights Out: Is it Just a Bubble? (Yahoo Finance)

Every Great Director Needs a Gale Anne Hurd, the Engine Behind ‘The Terminator’ and a Bold New Era of Action Movies (Mel Magazine)

Tesla stocks! Is this growth sustainable, or is the company in a speculative bubble that's due to burst? What other EV stocks do you see blowing up?