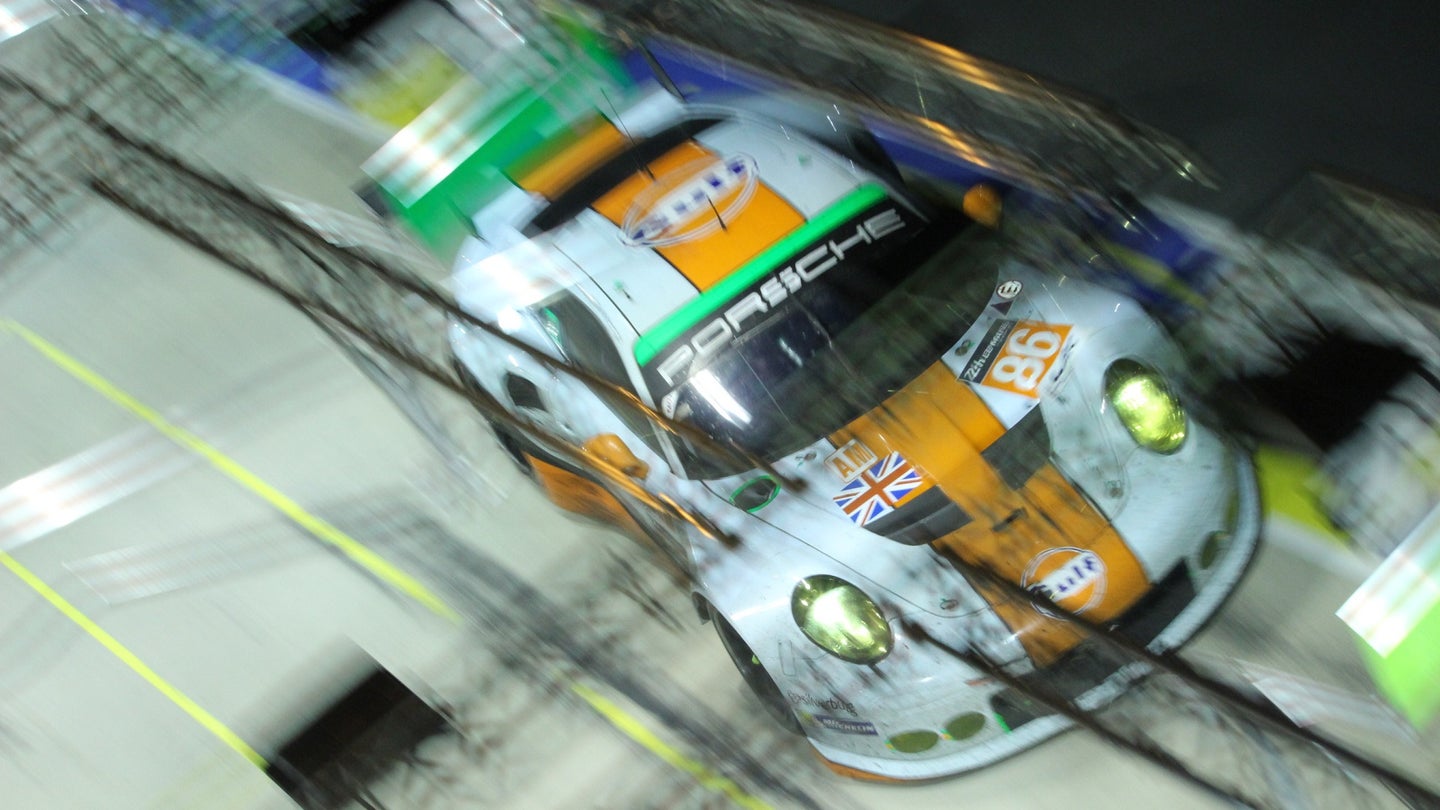 Look at you, with your fresh Gulf livery wrap job on your new Porsche 991 Turbo. You're so cool and smart and creative. You knew that when you saw twenty Porsches tricked out in Gulf's iconic blue and orange colors at the SEMA show last year, that you had to be as unique and non-conforming as they were. You learned so much about the history invoked by that paint when you were in Las Vegas. What was it, something to do with Ford and Porsche and some guy named John from England. Wasn't he friends with Steve McQueen or something? They won a car show together in France or something a long time ago, like back in the eighties. Whatever it was, they made a movie about it.

Your new wrap job was expensive, but it was worth every penny. You're letting everyone know that that you are a part of their tribe, the cognoscenti. You're a higher-level of car-guy, you know. You're the kind of guy that will make fun of the other enthusiasts with 'donks' that have their favorite M&Ms characters painted down the side. Gosh, those guys are buffoons, am I right? How can they possibly be having any fun with their cars if they aren't schooling Camaros at roll racing on the interstate at 2AM? ("That ZL1 Corvette got stomped last night, bro. It was awesome!")

Anyway, the moral of the story is that everyone at your PCA track day really digs the new wrap. Like, you didn't take your 991 Turbo on track because you didn't want to get it dirty, but all that time you spent hanging out in the paddock you could tell everyone that walked by was eyeballing it like they wished it was theirs, right? Yeah, they're just jealous. All of the viewers on your YouTube channel think it's awesome, and that's all anyone needs.

Hot Take: Unless Gulf Oil is paying you sponsorship dollars, knock off the Gulf liveries. It's passé.