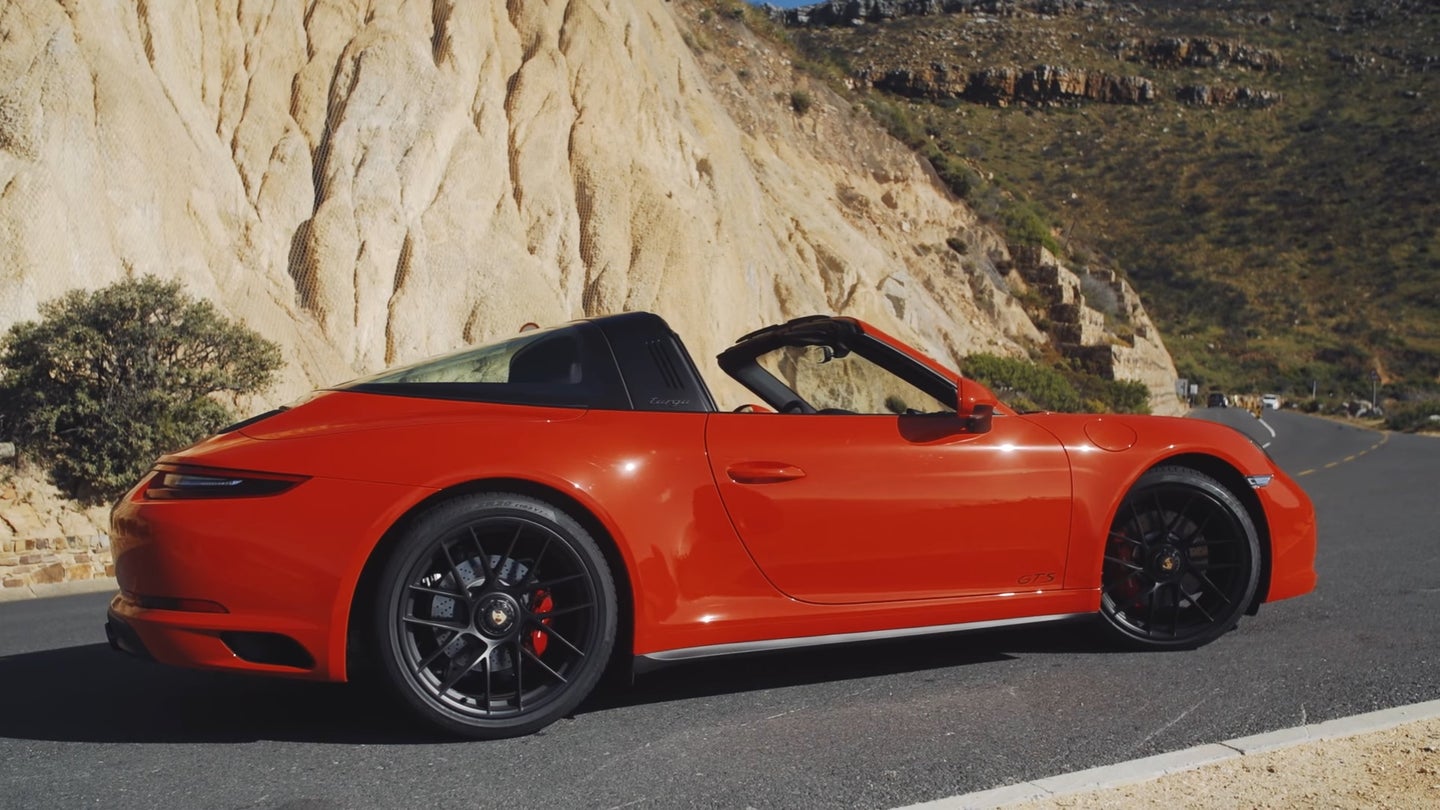 When Porsche introduced the newest generation of 911, a smaller displacement turbocharged mill kicked one of our favorite engines out of its home and took over the residence. Many Porsche fans were concerned that the new forced induction engine would reduce the driver-focus and sonorous exhaust note. The new car has since found some love among P-car fanatics as it is a good bit faster than the 991.1 it replaces, and didn't lose too much of that soul we all desire. With the newest iteration, the "GTS", has Porsche amped up that soul-level? Is this truly the purist's 911?

In all of Porsche's lineup, the GTS version of any of them (and Porsche offers a GTS version of all of their cars) is usually our favorite. The formula is simple, adding a little bit of style, a little bit more power, and a whole lot of options as standard. All things considered, if you were forced to pick just one Porsche to be the jack-of-all-trades car in your garage, the smart move would be to pick the GTS. This new car, as driven by Carfection, appears to continue that trend with the 991.2. This Targa 4 GTS has tons of style, all the speed you could need, and every bit of driver-focus that the outgoing GTS had, possibly more.

Near the end of the video, host Alex Goy has this to say about the car:

"Those turbochargers have changed the nature of the 911, made it a little less raucous, a little easier to drive quickly. The tweaks made to the GTS cars make it just a little bit better, and frankly a better all-rounder. It is most certainly related to the GTS' of old."