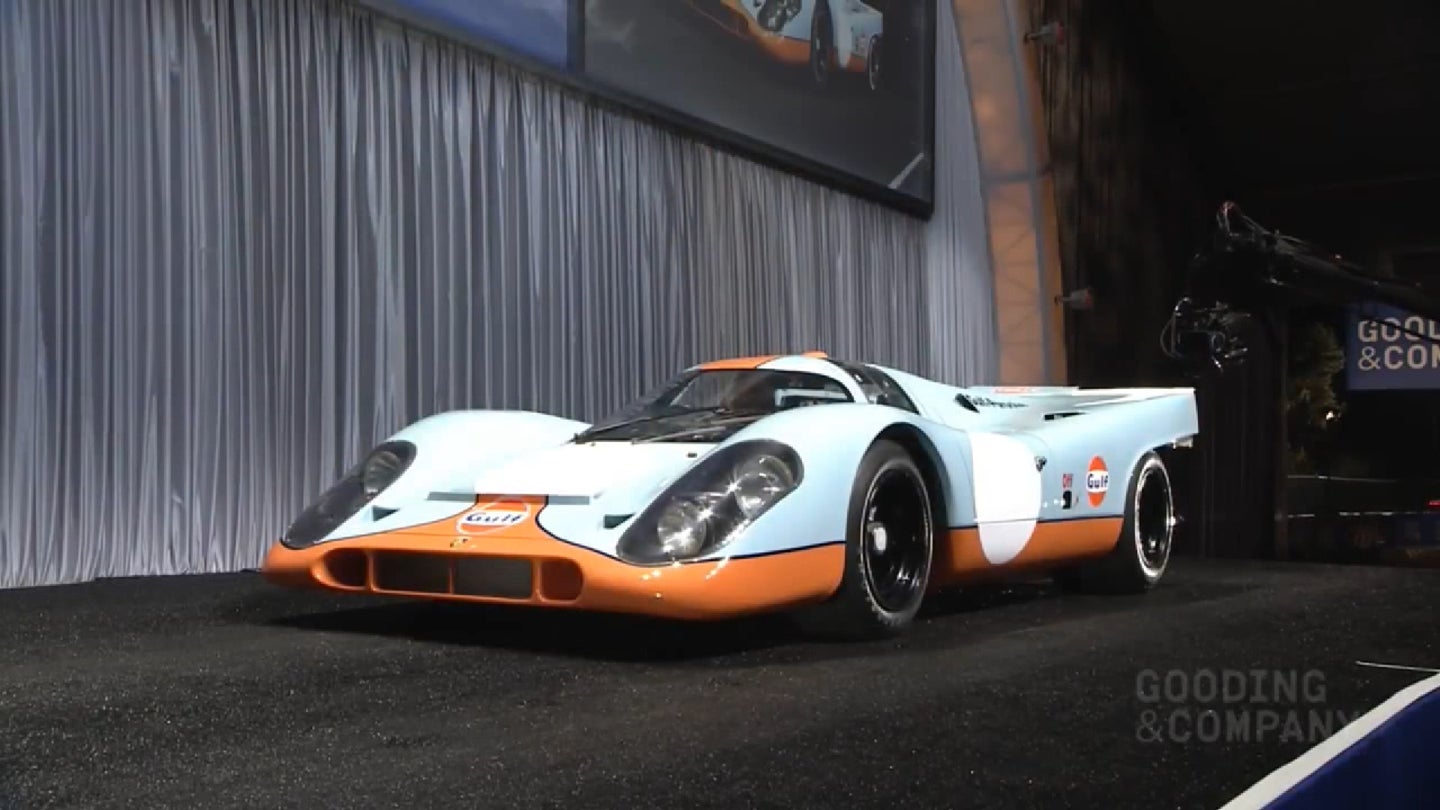 When looking back on the history of 917-024, you'll see that this was the first 917 to ever enter competition in 1968, and that this car was used in the McQueen movie "Le Mans". Those two milestones alone make this car potentially the most valuable vintage Porsche racing car in history. Adding to this chassis' achievements, this weekend it sold for a whopping $14,080,000 in the Gooding & Company auction just up the street from the famed Pebble Beach Concours.

This car was advertised for sale by Gooding & Co. back in 2014 for the Pebble Beach auction as well, but it was pulled from the bidding block before the auction began. I researched the car's entire history back then, and you can read much more about it by clicking here.

This video is a pre-auction promotional piece for the car. It's worth watching if only for the sound of the car's flat 12 engine. Simply spectacular.

If you're so inclined, you can watch the full auction with the YouTube link above. There are plenty of excellent Porsche lots and so much more selling for your entertainment. The bidding for 917-024 begins at the 3:06:32 mark of the video, and is immediately heated. The numbers start rolling quickly with millions on millions stacked up. Each subsequent bit achieves an excited gasp and applause from the gathered crowd. Things don't begin to settle down until after the 12 million dollar mark, which is already a world record price. It's crazy to see how the 1% lives, eh?

The option will cost more than a base Ford Focus.