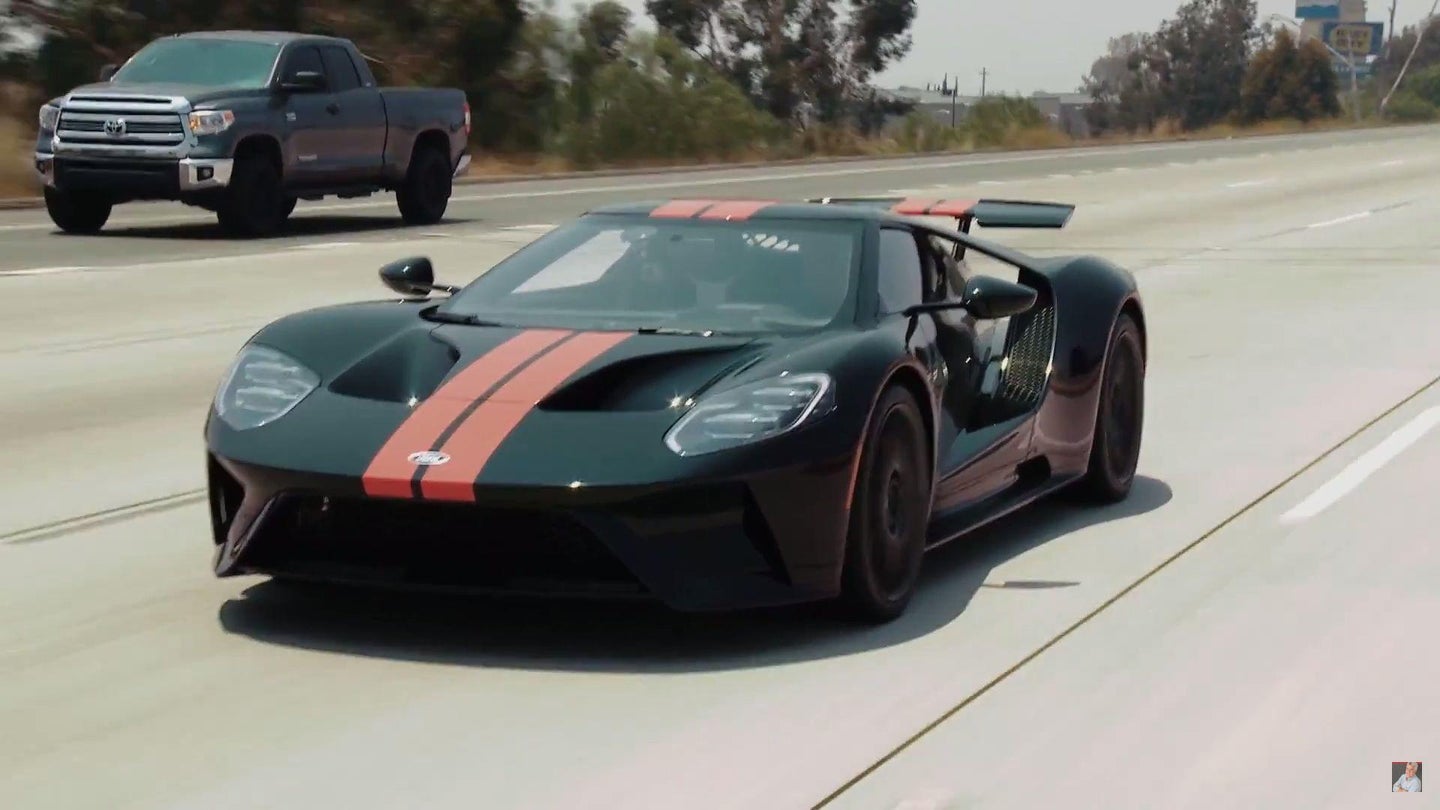 Jay Leno was one of the lucky few to make the cut for purchasing Ford's brand new, ultra exclusive GT supercar. With heavy claims loaded upon the fresh model including "Ford's best" and "Le Mans winner", the brand's freshest go-fast machine has already broke the cover for being hugely expensive -- but that's a pretty cliche statement. What we didn't know, however, is how much a spec you'd actually want would cost. Well after some tooling and digging around, someone was able to find out that the Late Night star's example had an MSRP of $505,750.

A Reddit user was watching the now-famous clip from Jay Leno's Garage YouTube series and decided to look up the VIN listed on the car. Thanks to a bit of investigative curiosity, and an online window sticker looker-upper, the official muroney showed a detailed sheet of Jay's specific car.

But when has Leno ever been known to play small ball? His extensive collection is one of the most impressive and extravagant in show biz, and this Ford GT only adds to its grandeur. After all, wouldn't you do the same if you had that kind of cash?