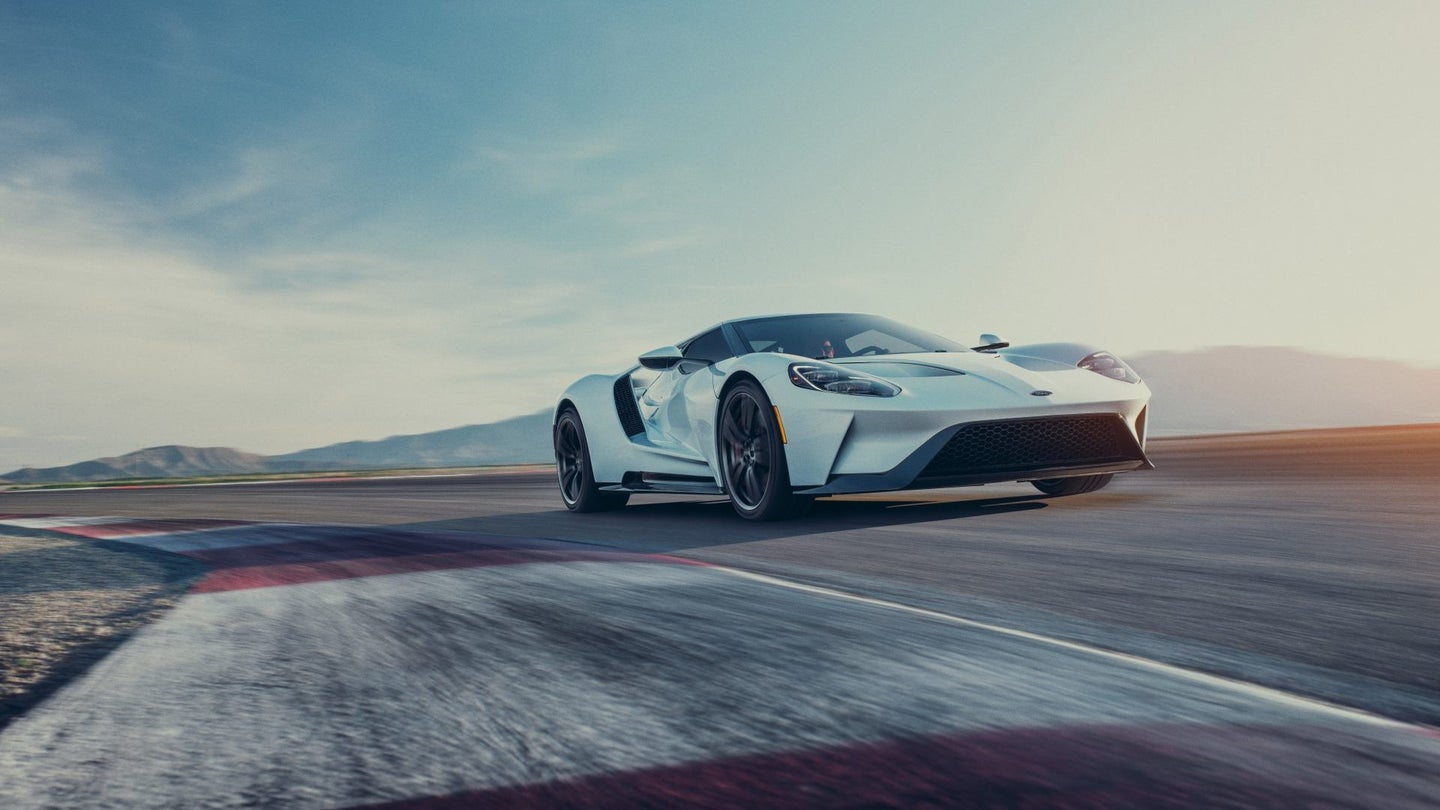 Ford announced Thursday that it will extend production of its halo supercar, the GT, to six model years and 1,350 total units.

Developed by just a handful of engineers as part of a secretive skunkworks program, the 647-horsepower, 216-mph Ford GT caught the world off guard when it debuted at the 2015 North American International Auto Show in Detroit.

Engineers designed the racing variant in tandem with the road car, fielding the GT first in the 2016 24 Hours of Le Mans where the GT won the LMGTE class. That same year, it entered production, with the first customer deliveries coming before the end of that year. To assemble the GT, Ford contracted supplier Multimatic, which rolls out 250 cars per year. Ford stated that the GT will continue to be built by Multimatic into 2022.

"The response to our Ford GT has been unprecedented, with initial demand outstripping supply by more than six-to-one," stated Ford Performance director Hermann Salenbauch, in Ford's release. "By extending the Ford GT production run for a limited period, we're able to maintain the exclusivity of the ultra-desirable supercar while offering the ownership experience to a greater number of customers."

1,350 seems like an arbitrary place to stop, as Ford could round off production at 1,500 by building just a handful more. The Drive contacted Ford for comment and a spokesperson reaffirmed that the automaker plans to only build 1,350 vehicles at this time.

Ford said that applications to buy a GT (placed at FordGT.com) will reopen Nov. 8, and close again Dec. 8. Applicants who submitted themselves prior but weren't approved for one of the first 1,000 cars will need to reaffirm interest and update their applications. Ford's concierge service will contact selected clients when it comes time to spec their cars, giving them an option of receiving their GT in a classic Gulf Racing-inspired livery.

Those of us that can't afford a GT but want in on the action can try to clone one ourselves like some madmen did with an Ecoboost-swapped GT40 that can be seen at SEMA this year.