Are you worthy of Ford's halo car? 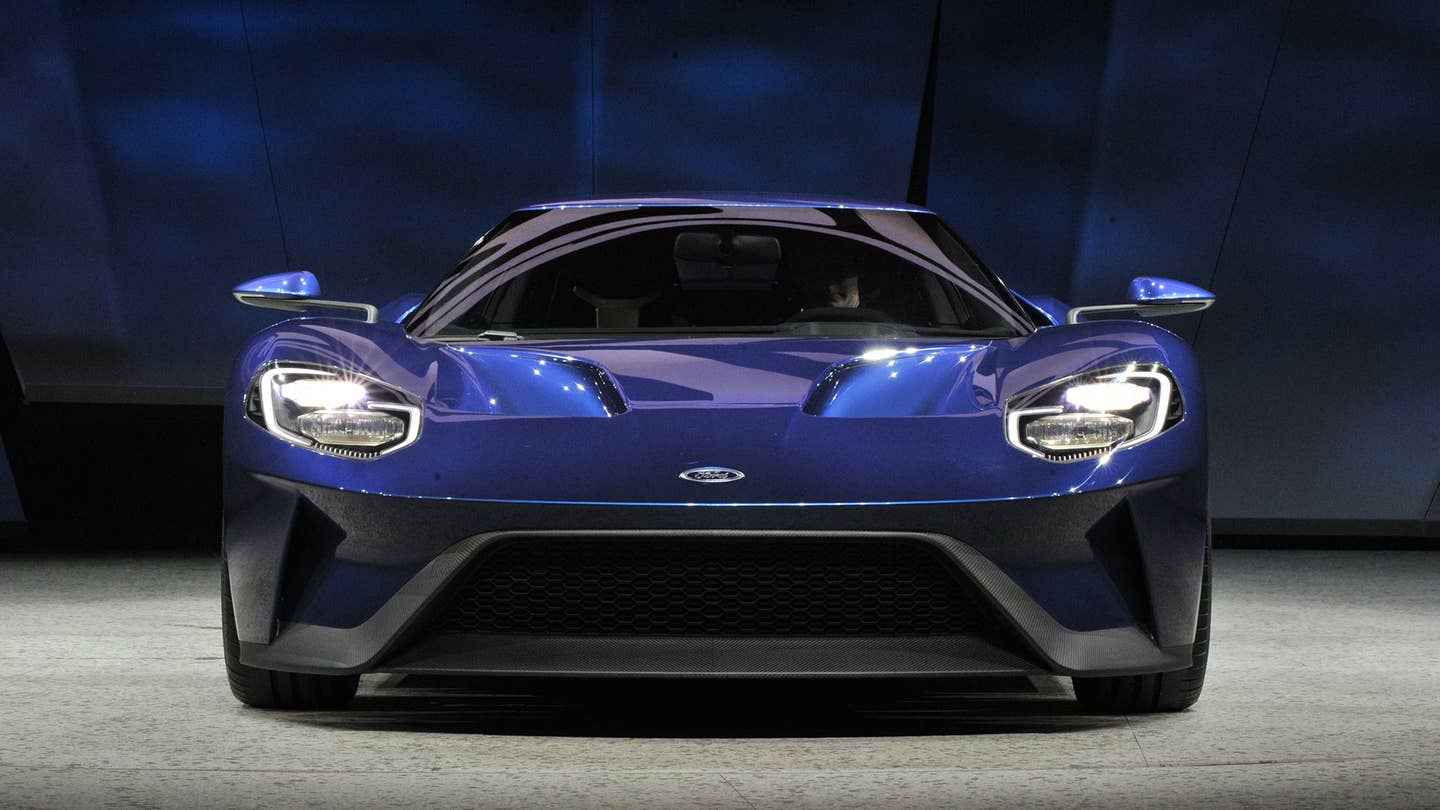 Last week I stayed up till 4:00 am for the first time in years. Far from partying like a rock star—I’m too old and crotchety for that—I was sitting in front of my computer, waiting for the “Application” section the Ford GT website to go live because I wanted to be one of the first people to sign up for the privilege of being allowed to purchase an all-new Ford GT.

You read that right. I said "allowed to purchase."

The Blue Oval isn’t selling its latest, limited-production supercar to just anyone who can afford to pay its lofty sticker price, which is rumored to start around $450,000. Potential buyers must be pre-approved, and meet a secret set of criteria that qualifies them as official Ford brand ambassadors by the folks at Ford Performance.

“We want to put this vehicle in the hands of people that will use it, truly celebrating its innovation and technology,” says Henry Ford III, global marketing manager for Ford performance. The idea is to make sure the owner represents the brand with gusto instead of just treating the car as a trophy to be stuck in a climate-controlled warehouse away from the light of day. “The guy that plans to keep it hermetically sealed in his garage is not who we want to own the new GT,” says Ford. “It’s meant to be driven.”

Ford, being a brand for the masses more than a dedicated manufacturer of elite supercars, wanted to make sure the application process is thoughtful, fair, and accessible to everyone. Well, accessible up until the point where plunking down a half-million bucks is necessary.

As soon as the clock chimed four, I jumped online and dialed up FordGT.com, clicked the application button, and was off and running. The first part of the process was as straightforward and intuitive as promised. It begins with an elaborate online survey designed to help Ford better understand an applicant’s relationship with, well, Ford.

After typing in my basic contact information (name, address, phone number, email, etc.) I was directed to a page littered with checkboxes, then asked to “check all that apply.” Imagine it as a sort of a gateway page where each box provides a glimpse into an applicant’s relationship with the automaker; a box to indicate if you own or have owned a GT; a box to note if you own or have owned another Ford vehicle (or vehicles); to indicate whether your relationship with Ford is a professional one; and a box to announce your interest (or lack of interest) in Ford Motorsports.

For each box checked a group of questions is added to the applicant’s survey. For instance, if you check the “own/have owned a GT” box, you're asked to provide the VIN, date of purchase, and miles driven in the past year, among other details. If you indicate that you “own/owned other Ford vehicles,” you're asked to provide the model, model year, VIN, and more—for each and every vehicle. And so on. Applicants are even asked if they support Ford-supported charities.

The more boxes checked, the more data an applicant has to provide, and the richer his profile will be—and, one imagines, the better his chances of being permitted to buy one of the first 500 GTs. (The application period lasts until May 12, and applies to the first two GT production cycles in 2017 and 2018.)

Once the questionnaire part of the application is complete, there's a final page that allows applicants to upload a letter or video explaining why they would be an ideal Ford GT owner. I did not create one, because this is essentially Ford making potential customers dance like an organ grinder's monkey for the privilege of forking over several hundred thousand dollars. Dance, money monkey, dance!

So, I pressed the "submit" button, then sat back and waited to see if I qualify.

Except the process doesn't end when you submit the application. Applicants' responses are transmitted for review to an expert task force at the automaker’s Dearborn, Michigan headquarters. Ford representatives would not share the criteria used to evaluate prospective GT owners, stating only that the vetting process will be somewhat subjective: “There are many different ways to celebrate the Ford brand. You can race it, bring it to car shows, or be active on social media with it. But you have to celebrate it” says Henry Ford III. Other than that response, representatives for the brand shot me down when I asked for more detail about how these ideal brand ambassadors will be chosen.

To be fair neither Ferrari, Lamborghini, nor McLaren shares their criteria for choosing ideal customers, either. (Except, one imagines, that they have an income resembling the GDP of a small nation.) In Ford’s case, though, its expectations will probably hinge a bit less on the size of the bank account. That bodes well for guys like me, but when I realized I'd have to wait 90 days to discover if I was one of the chosen few, I regretted staying up so late past my bedtime.

Although Ford representatives assure me that “anyone” can apply (which is true), it's clear from the survey that the Blue Oval wants to ensure true brand enthusiasts get first dibs at owning their beautifully crafted halo performance machine. That is, owners who are going to care for, show off, and drive the car. The more loyal a Ford customer you are, the more robust your candidacy. There's something nice knowing that your average rich-and-shameless d-bag can't just walk into a Ford dealership, make it rain Benjamins, and drive off the lot in a fierce new GT like its a Flex or an Edge.

But if you are lucky (read: rich and influential) enough to be selected as a worthy GT buyer and have the means to put down a sizeable deposit (percentage of total cost not yet determined), the supercar will be assigned to you before it's built and you’ll complete the purchase through a Ford GT-certified dealership of your choice.

By doing so, "the customer is control of every step of the process,” says Ford III. It also ensures the customer gets what they want, for the price they want to pay: the final price tag of each GT will be based on how the owner equips the car, rather than being jacked into the stratosphere by bidding among multiple buyers and other common forms of price-gouging. Dealers are only in the mix for vehicle delivery and maintenance.

“A concierge service assistant will walk the customer through the buy/shop/own process,” says Ford III. The white glove service is 24 hours per day, seven days per week, 365 days per year. “A real human being will help you select the car, choose options, order them and take delivery" he adds.

Though this process is out of character for a company that's known for pickup trucks and crossovers, it’s encouraging to see the Blue Oval create a retail process that keeps the price of a highly desirable, low-volume car in check, ensuring that customers can experience it without worrying about getting gouged. That might not mean much to those who can afford the GT, but to us ordinary folk it's important, somehow.

In the meantime, I'm working on a plan B for GT ownership. I'm feeling a Kickstarter campaign is in my near future.