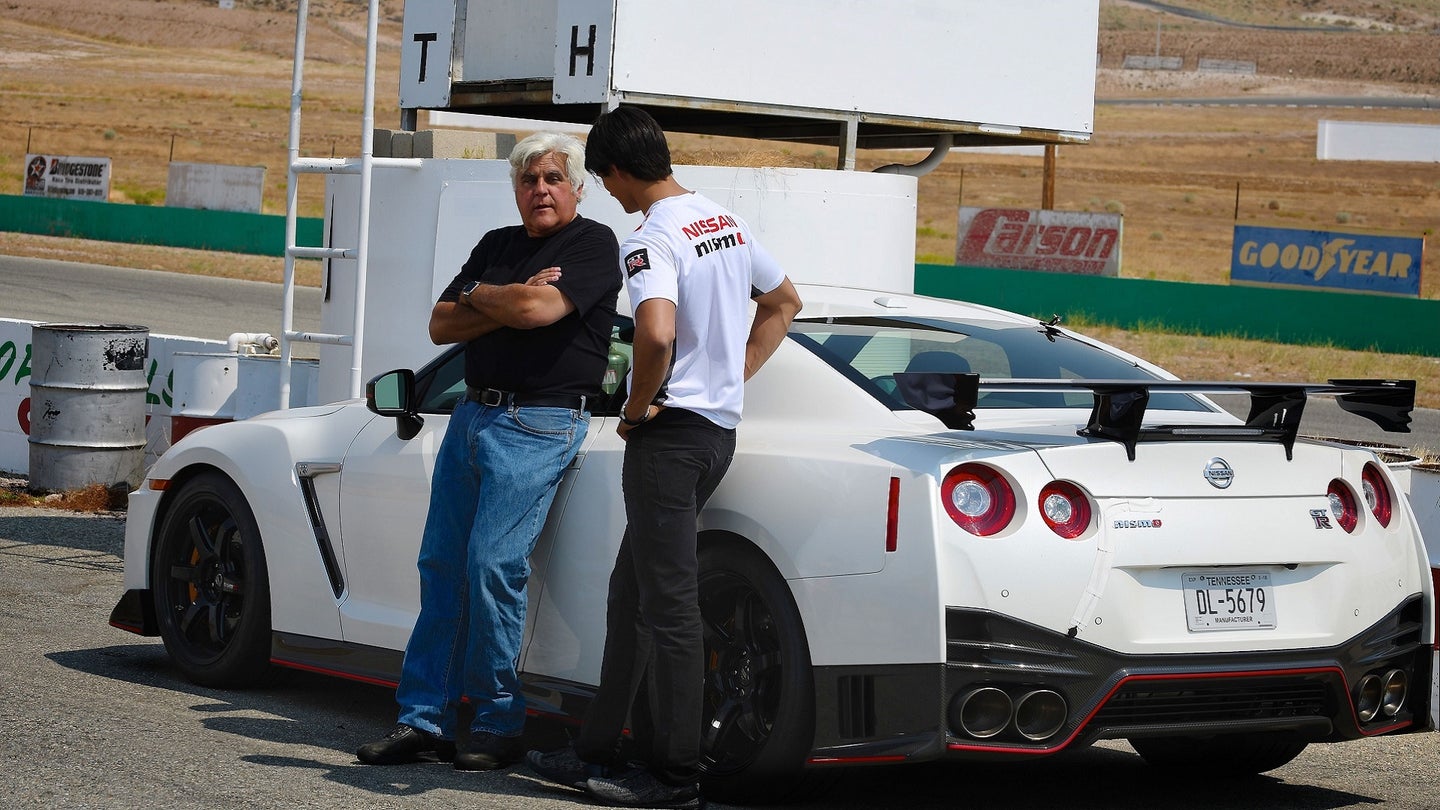 There’s a big difference between arcade racing games and racing simulation games. The arcade versions teach you that you can hit a wall at 180 miles per hour and just stop, turnaround, then be on your way. Racing sims, with their laser-scanned racetracks and realistic physics engines, can help you become a better race car driver. At the very least, you’ll know what theoretical line you should take around the track. Nissan put this theory to the test when it took GT Academy winner Ricardo Sanchez and put him on track at Willow Springs. Riding shotgun for the ride was none other than Jay Leno.

Four years ago, Sanchez beat out 100,000 other hopefuls to become the Nissan PlayStation GT Academy International Winner. Since then he’s become a full-fledged NISMO athlete, participating in the 24-Hours of Spa-Francorchamps and the Pirelli World Challenge here in the U.S.

Nissan chose to put Sanchez on the track at Willow Springs for an episode of Jay Leno’s Garage because Sanchez had never raced at the track before in real life. His prior experience with the track had only come in the virtual sense via Gran Turismo on PlayStation. As you can imagine, Leno was a bit hesitant about getting into the car with a driver coming to the track for the very first time.

You can see the fear in Leno’s eyes as Sanchez sets up the GT-R for launch control at the start of their lap.  During the first couple of turns, that trademark chin is pointing up while Jay’s head is pinned back in the seat, while he’s gasping for breath. Once he realizes the gamer has the course pegged, you can see him ease up and smile as he starts enjoying the ride.

Jay quips, “Imagine if you’ve been playing Donkey Kong, how much different your career would be.” I wonder if Jay still dusts off his ColecoVision from time to time.

2018 Dates Released for Cheapest Way to Hit the Track

SCCA’s Track Night in America comes back in 2018 visiting racetracks around the country.