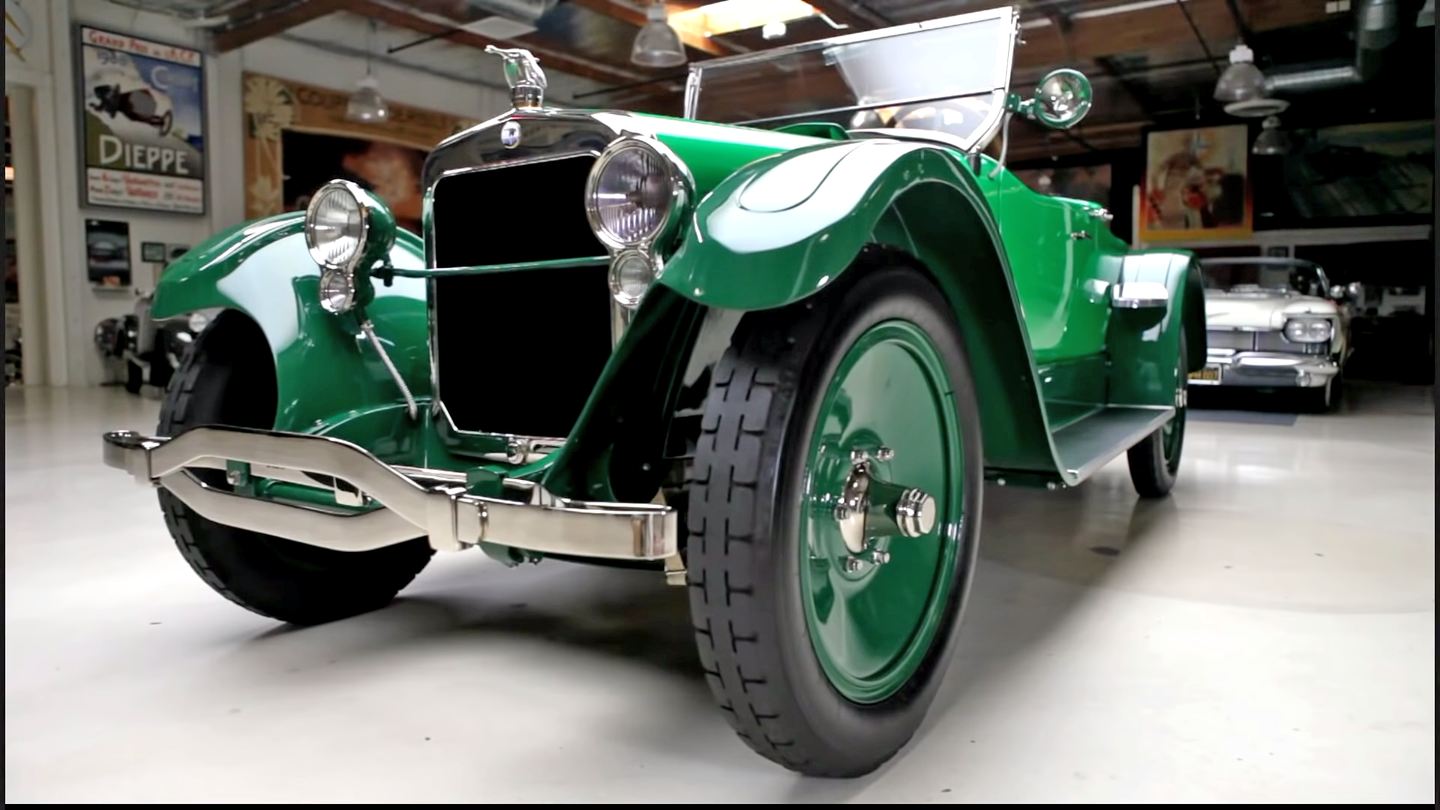 Childe Harold Wills never used his first name, yet known as C. H. Wills, he was one of Henry Ford's first employees. He was also the man responsible for the industrialization of the Model T's nickel-chrome vanadium steel alloy chassis, as well as the design of its planetary transmission, detachable cylinder head and even the calligraphy of the "Blue Oval" Ford emblem used to this day. Wills was a brilliant inventor and despite falling out with Henry Ford further down the line, he still left the company as a multi-millionaire in 1919. He then set up his own car business in Marysville, Michigan, named partly after the Saint Clair River near his new factory. Soon switching to a French spelling for the company moniker, the first V8-powered Wills Sainte Claire rolled off the line in 1921.

Wills' 265-cubic-inch, twin-overhead cam V8 was loosely based on Spanish Hispano-Suiza's alloy aero design from WWI. In order to reach over 70 miles per hour in 1921, the American went for a gear-driven fan that would switch off above 40 mph, a starter-generator located between the V, a non-detachable head and a passive cooling system based on the thermosiphoning principle. All this led to 65 horsepower in a light chassis that was much smaller than a Duesenberg's.

Wills Sainte Claires came with all the bells and whistles one could ask for in a V8-powered luxury car, including dual exhausts, reverse lamps and a speedometer produced by the Waltham Watch Company, based on Nikola Tesla's 1916 patent. However, their fairly basic roadster body style with the rumble seat still left a lot to be desired at a price tag equivalent to that of two houses plus change in 1922. C. H. Wills also spent a lot of cash on the wellbeing of his employees and their families, which—along with the complicated V8s—led to bankruptcy by 1927.

Of the 12,000-14,000 built, only around 80 of these special American machines are rumored to be left today, with Jay Leno's freshly restored pride and joy being a very early Wills Sainte Claire featuring the dual rear drum brakes only. I've been following this car's two-year rebuild process through Leno's period restoration blogs, and the work they put into it is a true testament to Leno's entire team. This car sat in a locked container near the desert for decades, baking in rodent urine that ate through most of its metal parts, as well as the upholstery. Now still original, yet completely redone with the period-correct nickel plating all around, this "Liberty Green" Wills Sainte Claire is probably the nicest driving example out there.

Luckily for the rest of us, there's a Wills Sainte Claire Auto Museum in Marysville, Michigan, open the second Sunday of every month, from 1 p.m. until 5 p.m. Jay Leno's garage got plenty of information from them to achieve their goals, and maybe Jay will be able to attend their 100th anniversary celebrations in 2021. It would be nice to see the three factory colors side by side, with the other two being "Lady Mary Maroon" and "Newport Blue."